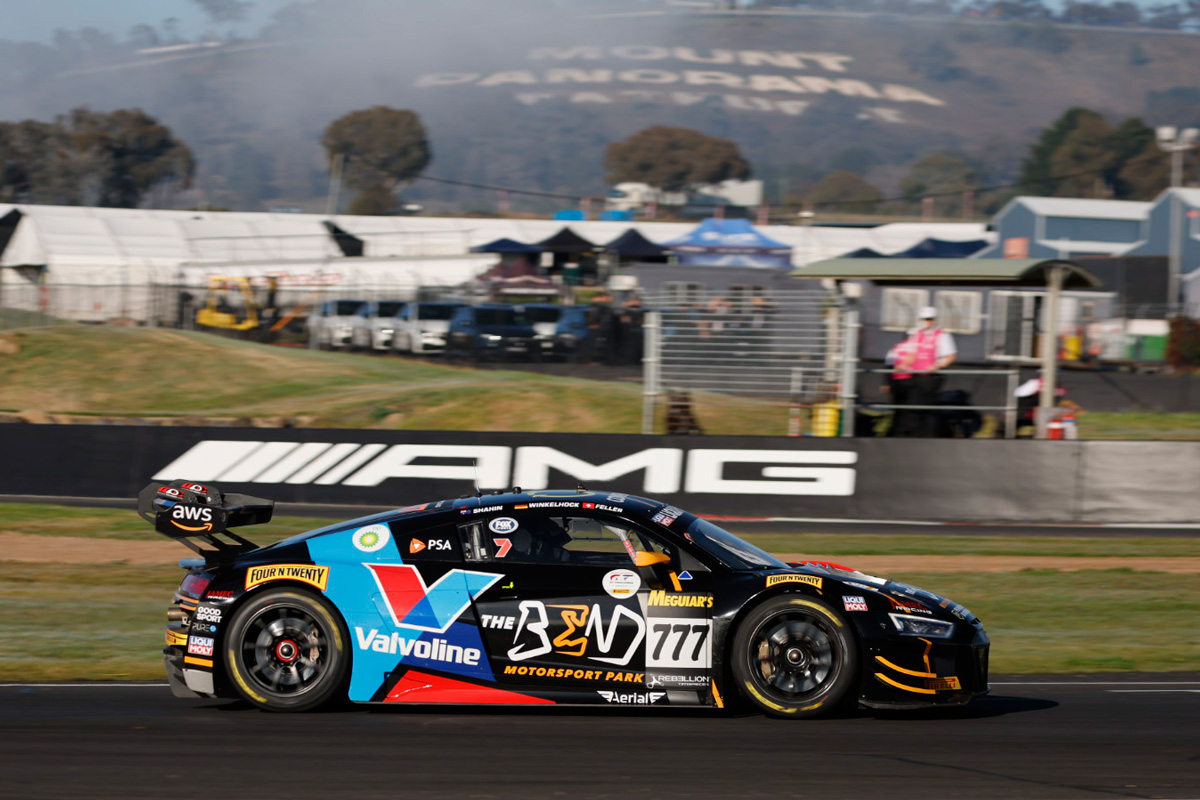 Markus Winkelhock has led the way in Practice 5 for the Liqui Moly Bathurst 12 Hour as another three cars encountered trouble.

Making his eighth start in the Mount Panorama event, Winkelhock put more than half a second on the field with the fastest time of the weekend.

While it was smooth sailing for the #777 Audi Sport Team Valvoline entry, in which Practice 1 pacesetter Ricardo Feller also got seat time, it wasn’t so positive for various others.

The high-profile Craft-Bamboo Racing Mercedes didn’t turn a lap due to an engine change being required, while the #47 Supabarn team was also absent as the Melbourne Performance Centre crew continues to upgrade its spare Audi to Evo II specification.

There were two red flags during the hour-long session, the first of which coming at 22-minute mark after Hadrian Morrall found the wall, reportedly at The Dipper.

Morrall did manage to bring his #52 MARC II Mustang back to the pits, sporting left-rear damage, but it would take no further part in the session.

A second red flag brought an early end to proceedings when Mark Rosser came unstuck at the top of The Mountain.

Sharing the #17 Audi R8 Evo II with Nick Percat and Joey Mawson, Rosser was not able to carry on and remained stranded on track.

In the end, it was Ben Barker (#4 Porsche) who wound up as Winkelhock’s nearest threat, on a 2:03.6543s which kept him fractionally ahead of Jules Gounon (#75 Mercedes) in third.

David Reynolds (#24 Audi) was the only other driver into the 2:03s, having set that time early on in the piece on his sixth flying lap, just as Winkelhock had done.

Final practice begins at 10:00 AEST before the field gets stuck into qualifying.