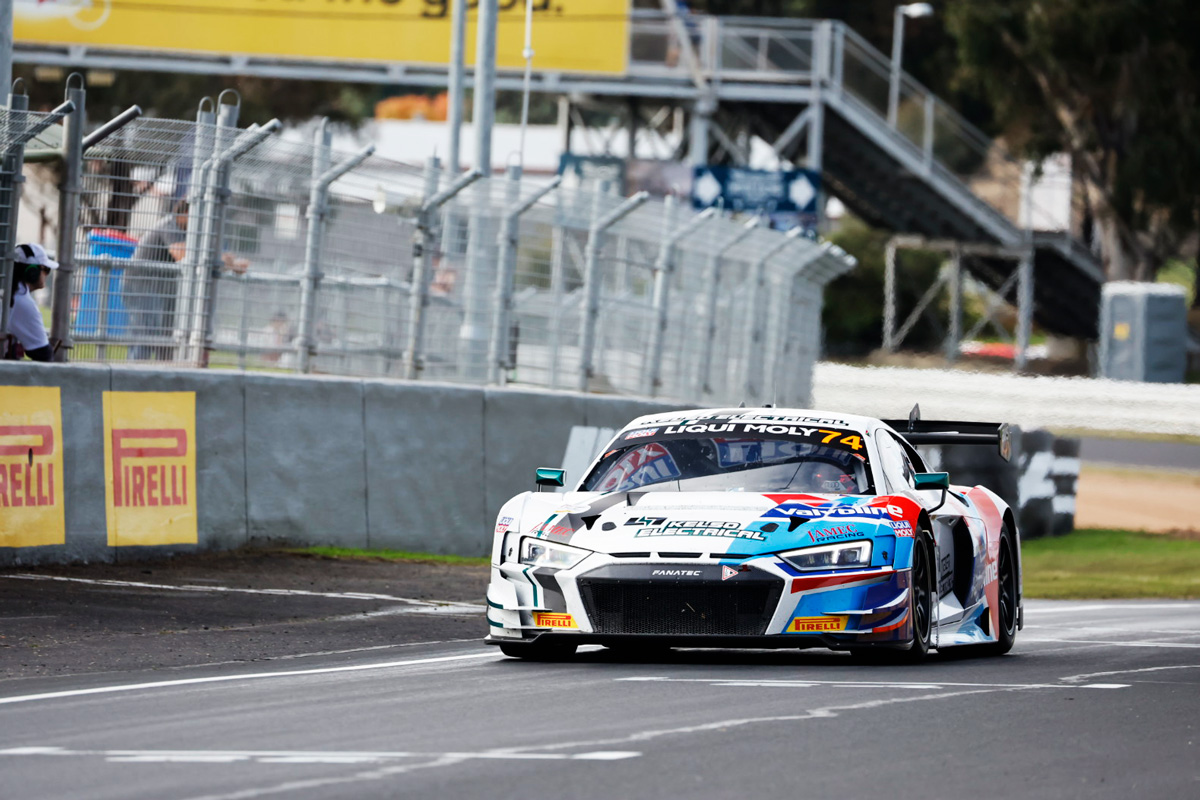 There were two early red flags in the scheduled 60-minute session with some mishaps out on track in Practice 6.

However, a third and final red flag right as the session ended was more significant, with the #4 Grove Racing Porsche 911 GT3 R nestled against the wall at McPhillamy Park with Stephen Grove behind the wheel.

The first red came out almost immediately when the #45 RAM Motorsport Mercedes-AMG GT3 of Brett Hobson stopped out on track.

Another stoppage came shortly after the action resumed when the #52 MARC II V8 of Hadrian Morrall had a spin at The Cutting.

Green flag action lasted longer the third time and the Audis were quick out of the box once again.

Van der Linde pipped fellow factory Audi star Ricardo Feller on a 2:03.257s to go to the top, which was unbeaten to the chequered flag.

Cameron Waters split the Audi Sport Team Valvoline entries to momentarily go second at the wheel of the #24 Audi he shares with David Reynolds and Tony Bates.

As 20 minutes remained Jules Gounon jumped up to second in the #75 SunEnergy1 Racing Mercedes-AMG GT3 putting the Frenchman three tenths off the best Audi effort.

That was until Chaz Mostert went quicker on a 2:03.487s to take over second position aboard the #65 Coinspot Audi.

No major improvements were seen through to the end of the session, while Gounon’s effort left the SunEnergy1 Racing Mercedes third.

Next up is Qualifying which begins at 13:20 local time/AEST.

This year’s qualifying format, which is aggregate-based, features two 25-minute sessions, the first for Bronze drivers and the second for all drivers.

Each car’s best times from the two seperate sessions will be added together, determining the positions from 11th onwards while the top 10 will progress to the Top 10 Shootout at 16:10 local time/AEST.