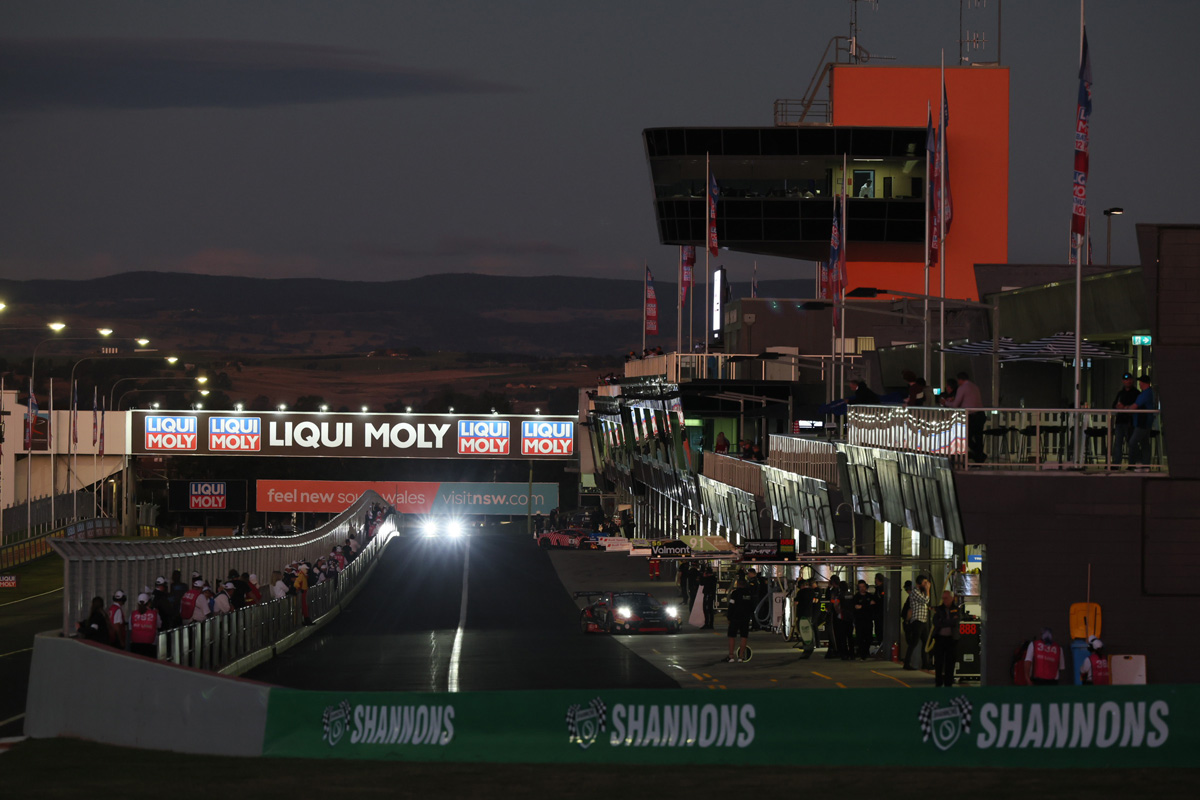 There’s no shortage of familiar faces in the garages at Mount Panorama this weekend, with not only Supercars drivers trying their hand at the Liqui Moly Bathurst 12 Hour.

Mixing it with the international stars are the likes of Shane van Gisbergen, Chaz Mostert, Cameron Waters, Nick Percat, David Reynolds, Craig Lowndes, Broc Feeney, and so on.

But behind the scenes, there’s plenty of star power too.

Lee Holdsworth’s engineer Will Davidson is also here, although it is Ben Jenkins of Earl Bamber Motorsport who is the #4’s designated race engineer this weekend.

Adam De Borre is guiding the #65 Audi which Mostert is driving; other Supercars driver/engineer relationships being carried into the event include Waters with Sam Potter on the #24 Audi, and Feeney with Martin Short on the #888 Mercedes.

Jamie Whincup, Jess Dane, Roland Dane and Mark Dutton are all part of the Triple Eight camp for the 12 Hour, although the latter two are dedicated to the #75 sister entry which Jules Gounon consistently put near the top of the timesheets yesterday.

Super2 Series driver Nash Morris is also getting his hands dirty in that garage, working as a mechanic on the #888 car.

Former Erebus Motorsport and Grove Racing crew chief Dennis Huijser meanwhile has popped up in the crew for the Craig Lowndes-spearheaded #222 Porsche.

There’ll also be a familiar voice being heard on the broadcast being that of race director James Taylor, while Craig Baird is driving standards advisor.

There’s many more, as Supercars’ best puts itself to the test against leading figures from abroad.