The new Bathurst 12 Hour rule everyone is talking about

The new Bathurst 12 Hour rule everyone is talking about 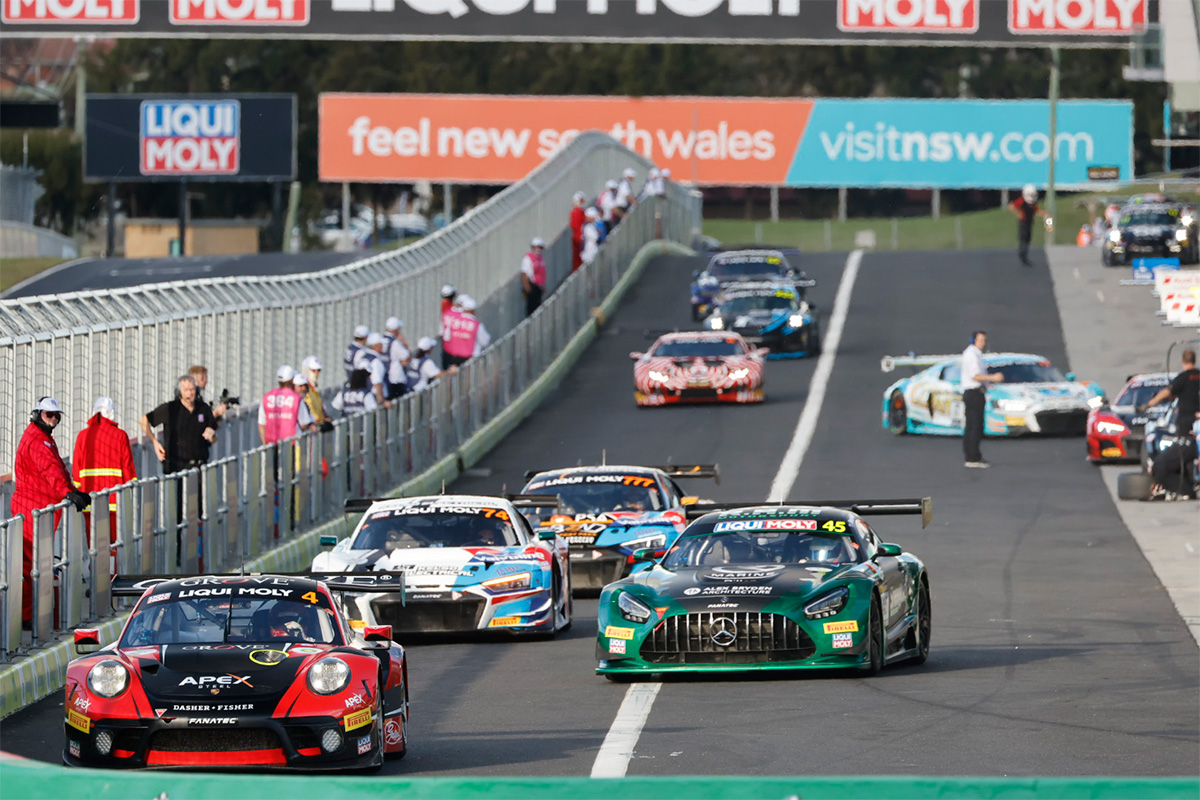 Some of the Bathurst 12 Hour field in pit lane. Picture: Ross Gibb

There’s a new Safety Car rule and it’s the talk of the town at this weekend’s Liqui Moly Bathurst 12 Hour.

All lapped cars will be given a free pass under Safety Car conditions for this year’s edition of Australia’s international enduro.

The introduction of the wave-by, colloquially known as the ‘Lucky Dog’, is designed to keep as many Class A GT3 competitors in the running for outright honours as possible.

Lapped cars will be waved by on Conrod Straight on the same lap the race will go back green, meaning they have officially got the lap they lost back.

At that point, those cars are back on the lead lap, or a lap less behind, but would need another Safety Car to bunch the field back up and be back in contention for position.

In the lead-up to Sunday’s 12-hour endurance contest teams and drivers are wrapping their heads around how to maximise the opportunity.

“They’ll effectively get a third to a half of a lap headstart but they’ve got to catch the train,” Audi Sport Customer Racing Australia boss Troy Russell told Speedcafe.com.

“It’s not a hundred percent free kick but it’s definitely a good thing; it takes the pressure off the Ams.

“The whole idea is that we get to hour nine or 10 and we’ve got 10 cars on the lead lap and all the Ams have done their time, the pros get in and we have a race to the end.”

For some drivers, there is mixed feelings for what the flow-on effects of being waved-by are.

Stephen Grove, team owner and Bronze-rated driver in the #4 Grove Racing Porsche 911 GT3 R, believes we could see a pinch point when pro drivers catch the waved-by Ams later on.

“It’s a good way of getting those lapped cars out of the train and getting them going,” Grove said.

“From a Pro-Am perspective the only thing you’ve got to be really careful of… you wouldn’t want the pro guys in the last hour in a train of one-to-10 that are trying to win the race with all the pros catching you across the top.

“If you are waved through and they do catch you up there, how do you let them all through?

“Because if one gets through they have a huge advantage until Conrod Straight. I understand the predicament because you really want to get the lapped cars out of the way.”

Grove expressed that in order to benefit from the wave-by a second Safety Car soon after will be critical to catch the lead lap train back up.

“You actually need two Safety Cars because if you get let through you’ll never catch the train to where you want to be,” he added.

“If we get to the top of the hill and they’re going past the start/finish line you’ll never catch the lead lap train.

“So you need another Safety Car to bunch everyone up, so it’s really a two Safety Car process.”

While the overwhelming feeling is the new rule is a good thing, those that have experience with it say it could be both a positive and a negative.

Most recent Bathurst 12 Hour race winner Jules Gounon, who this year is driving a Mercedes-AMG GT3, shared his experience with the wave-by in the IMSA WeatherTech SportsCar Championship.

“With the wave-by, in the past you really needed to stay on the lead lap, but now I don’t know how this is going to happen because even if you’re one lap down, there is Safety Car, you have your lap back,” Gounon said.

“I don’t know if it’s worth to take so many risks in the beginning, just take the one lap down and then you have the wave-by and you are back in the game.

“Before in 2018 I remember we had a puncture and we lost one lap and the race was dead.

“You are one lap down the race is over. In IMSA they have this rule about the wave-by, so it’s good for the show because it always brings back people in contention.

“But sometimes you do a perfect race and you get beaten by someone that had an issue, but it’s the way it is.”

Either way, only time will tell if the ‘Lucky Dog’ rule is a success.

Sunday’s Bathurst 12 Hour gets underway at 05:15 local time/AEST with live coverage in Australia on the Seven Network and Fox Sports.