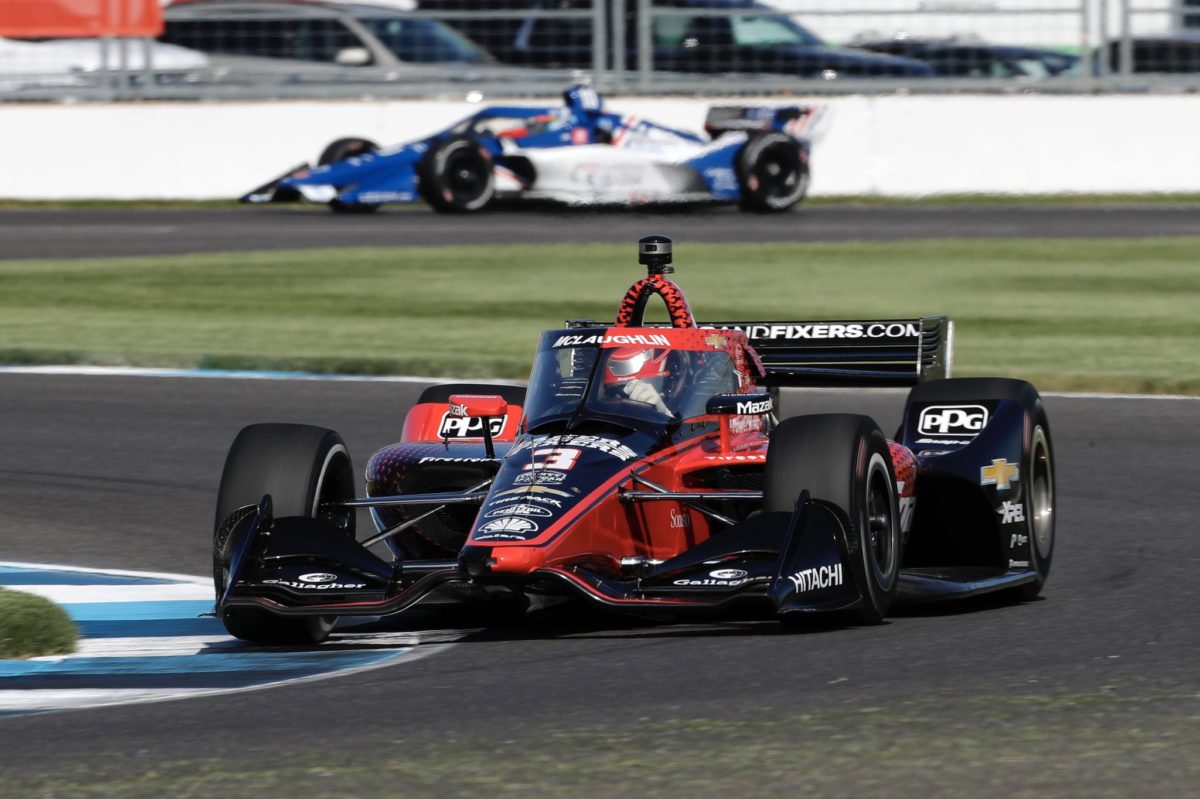 Scott McLaughlin has not given up on a strong result in the Grand Prix of Indianapolis from 11th on the grid, thanks in part due to the threat of rain.

Such is the nature of the Brickyard’s road course and the IndyCar tyre allocation, the first two rounds of qualifying were essentially red-tyre shootouts at the end of each stanza.

McLaughlin got through the first phase of qualifying comfortably enough and then set a 1:10.7195s on primary tyres in the opening minutes of Round 2.

However, a small error when he headed back onto the circuit meant he kicked off his next alternate tyre run with only a 1:10.9769s.

That forced the Team Penske driver to go for another hot lap but, having already used up the best of his red-walled rubber, he could only salvage a 1:09.7847s.

Still the forecast of rain, and maybe even a thunderstorm, in Indianapolis on Saturday (local time) shapes as a wildcard.

“I just made one mistake on that first lap on red tyres [which] is key, it’s just everything.

“We did two laps there, the second lap wasn’t quite fast enough, and it’s so tight you can’t afford to let go of that.

“Unfortunate for everyone at Snap-On and Chevy but I think we’ve got a fast car and it might rain tomorrow so we’ll see.”

Currently second in the series, he was hardly the only notable to get caught out in qualifying.

There was no room even in Round 2 for the likes of Andretti Autosport team-mates Colton Herta and Alexander Rossi, and Chip Ganassi Racing’s Scott Dixon is set to start the 85-lap race all the way back from 21st.

“You’re always trying to get every inch but you get punished more if you miss it, [and] that’s the beauty of IndyCar racing, it’s so competitive,” added McLaughlin.

“I’m upset but at the same time I know we’ve got a fast car; it’s just a matter of putting it together.

“Unfortunately, this time we didn’t, but we’ll just keep pressing on and be proud of where we are at.”

After a 30-minute Warmup session, race start is due on Sunday morning at 05:45 AEST.

Stan Sport’s live and ad-free coverage kicks off at 05:00 AEST.