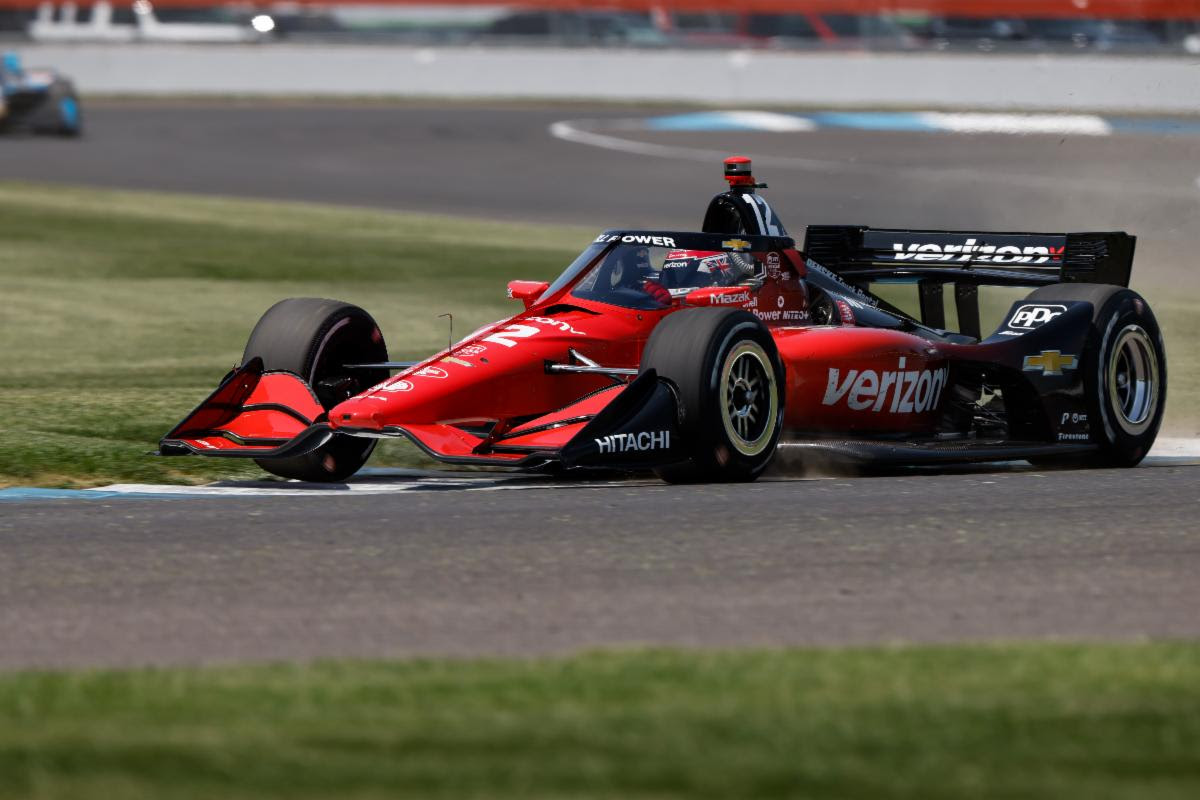 Will Power says he is trying to savour every pole position he achieves in the IndyCar Series, after picking up the 64th of his career on the Indianapolis road course.

The Team Penske driver is the modern-day king of qualifying with a haul which is beaten, for now, only by the legendary Mario Andretti’s 67 poles.

However, having turned 41 years old just after the 2022 season began, Power knows that he has to make the most of moments such as qualifying for this weekend’s Grand Prix of Indianapolis.

“I really, really enjoy them,” he said.

“You don’t even know if you’ll get another one, so you’ve got to be… you know, any win or anything I get in this series now, I just feel very blessed and happy to have got it.

“Because, it’s tough, and obviously I’m not 20 [years old] any more either, so you’ve got to keep digging.”

The Queenslander is nevertheless hardly a spent force in IndyCar.

He arrived at the Brickyard in fourth in the series standings, just 10 points behind leader Alex Palou, and is slightly younger than active, six-time champion Scott Dixon, for example.

Still, as Power noted, poles are increasingly hard to come by, with no one having managed a repeat in five events so far this year.

His previous pole was at Gateway in August last year, but one has to go all the way back to the Harvest GP in October 2020, an event also held at the Brickyard, to get to his last on a road course before this weekend.

“It’s been a while since I’ve been on a pole on a road course,” noted Power.

“As usual, it was crazy close with everyone. If you look at practice, it was six tenths [covering] 23 cars, so you couldn’t leave anything on the table.

“But, anytime we get a pole in this series these days, you’ve done a really good job.

“I think the team and everyone’s put it together because anytime you’re leaving anything on the table, a tenth moves you a lot of spots.”

Power left it almost as late as he possibly could have to snare pole in the Fast Six.

It was a lap that gave the appearance of being somewhat ragged, a not unreasonable suggestion given drivers were necessarily down to used alternate tyres by that point, although the 2014 series champion insisted he had it well under control.

“I actually back [Turn] 7 up more to the better through 8, 9, 10, which I hadn’t been in the previous rounds,” explained Power of the apparent twitch at Turn 7.

“So, I slowed the minimum of 7 down so I probably got more of an exit, which might have been a twitch.

“But, it was a pretty neat lap; I can’t really fault anything on that lap.

“If anything, I felt like I under-drove [Turn] 4, where I had struggled as well, [but] I can’t go back to that lap and fault it anywhere.”

Josef Newgarden makes for two Penske Chevrolets in the top three on the grid, while team-mate Scott McLaughlin ended up 11th after an error in Round 2 of qualifying.