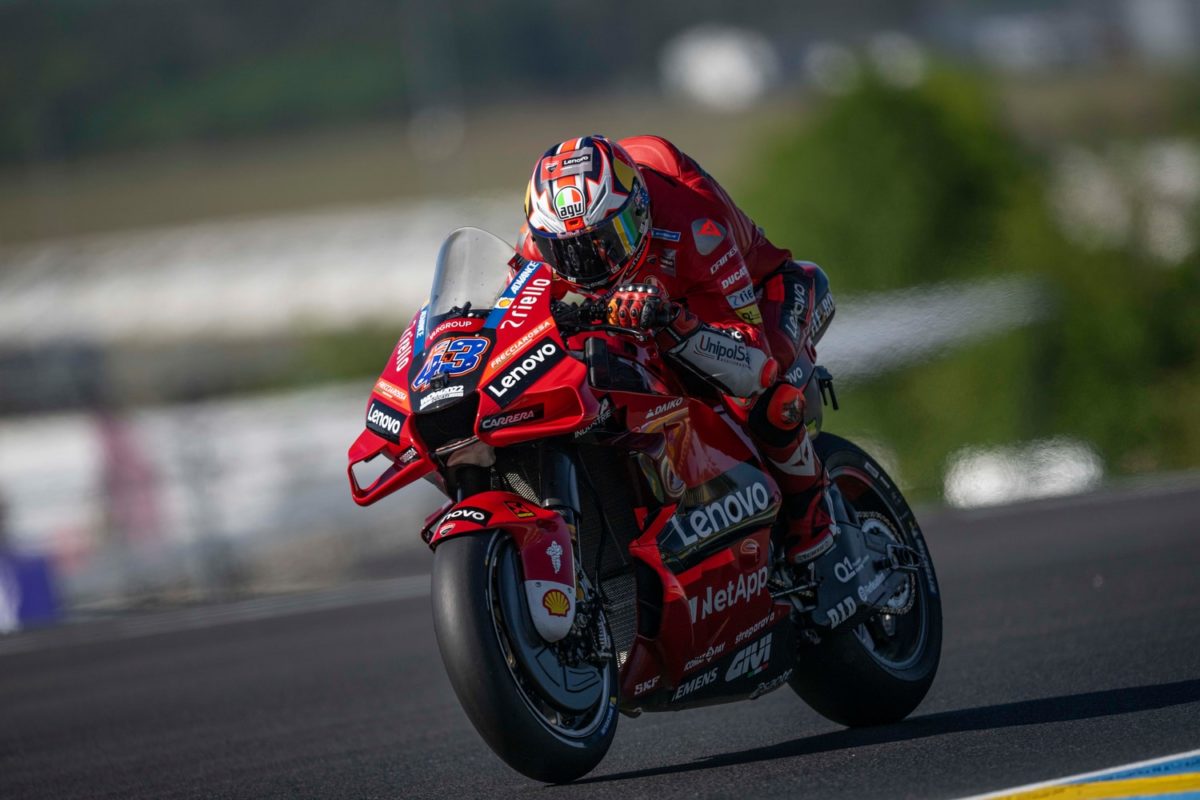 Jack Miller has been left puzzled by a “strange” crash in Friday practice for the French MotoGP round.

The Queenslander, like many of his rivals, had an eventful afternoon at Le Mans, which included a front-end lose at the ‘S’ Bleus (Turn 11) in Free Practice 2, and a subsequent tour through the gravel at Garage Vert (Turn 8) during his time attack.

Miller is 11th on combined times and hence going into Qualifying 1 as it stands, but is not too concerned about where he lies right now.

“Today was warmer than what we are usually used to here at Le Mans, but in any case, I felt comfortable right from this morning,” said the Ducati Lenovo Team rider of his Friday in France.

“In FP2, I had a crash, and it was very strange; I had the feeling that the grip was good, but probably with the warmer temperatures this afternoon, the conditions changed.

“Anyway, we have a good pace, which makes me confident ahead of Sunday’s race.

“Unfortunately, we couldn’t make a proper time attack this afternoon because of the yellow flags, so the goal tomorrow morning will be to get straight into Q2 in FP3.”

Zarco’s 1:31.508s came after a wild moment when he left the track at the fast Turn 1/Turn 2 sweeper, sprayed through the gravel, and briefly got airborne as he re-entered the circuit at the Turn 3/Turn 4 chicane.

Marc Marquez pulled off two of his trademark saves, one in each practice session, but had less to smile about as far as the timesheet was concerned, with the Repsol Honda rider only 15th overall at a full second off Bastianini’s pace.

Australian Remy Gardner was 22nd on combined times on his Tech3 KTM.