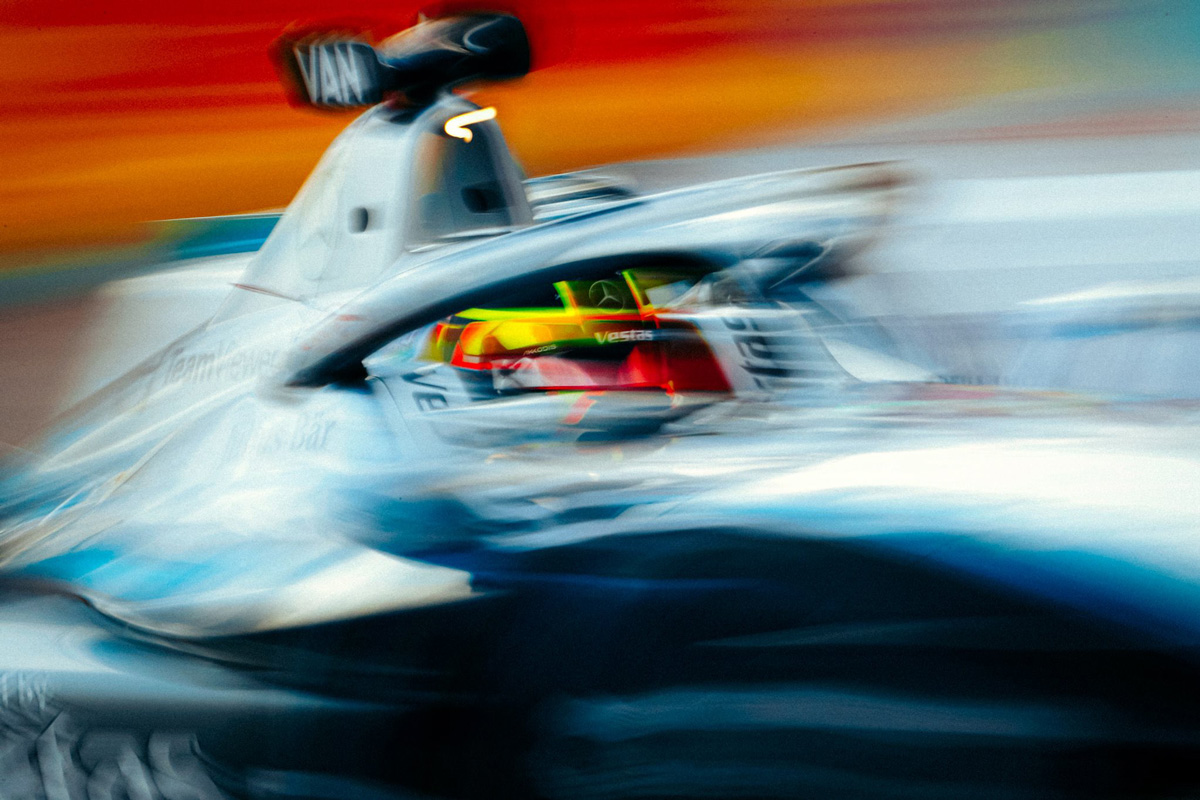 McLaren Racing has confirmed it will compete in the Formula E World Championship from next season, by taking over the factory Mercedes team.

Its entry will coincide with the commencement of the Gen3 technical era and, crucially, the end of sister company McLaren Applied’s deal as the category’s exclusive battery supplier.

The Woking-headquartered organisation has long mulled over joining Formula E as a competitor, and had been in talks with Mercedes about the possibility since at least as far back as early-2021.

That it will now buy the championship-winning Mercedes-EQ Formula E Team is a neat solution considering the German marque’s impending exit from the category, with the acquisition set to be completed later this year.

It adds to a growing racing portfolio which includes not only Formula 1, where McLaren is a current Mercedes customer, but also IndyCar (as McLaren SP) and Extreme E.

“McLaren Racing always seeks to compete against the best and on the leading edge of technology, providing our fans, partners and people with new ways to be excited, entertained and inspired,” declared Brown.

“Formula E, like all our racing series, fulfils all those criteria.

“As with all forms of the sport we participate in, Formula E has racing at the centre but will be strategically, commercially and technically additive to McLaren Racing overall.

“I firmly believe that Formula E will give McLaren Racing a competitive advantage through greater understanding of EV racing, while providing a point of difference to our fans, partners and people, and continuing to drive us along our sustainability pathway.”

A major plus for both parties is the continuity that the deal offers, with the Mercedes Formula E operation to essentially continue on, including with the retention of Ian James as team principal.

“It is also satisfying to provide a home for the class-leading Formula E team that Mercedes has built, which will become a fully-fledged part of the McLaren Racing family,” added Brown.

James commented, “Today’s announcement confirms the next exciting chapter in the development of the team.

“Since our inception in 2019, performance, sustainability and adaptability have been the keys to our success.

“Becoming part of the McLaren Racing family is a privilege: McLaren has always been synonymous with success and high-performance.

“This is a great moment for all parties involved but, above all, for the people that make up this team. They are what keeps its heart beating. Being able to continue working with them is what I am most excited about.

“I’m very much looking forward for this next chapter for the team and will be a proud member of it in Season 9.

“Until then, we will be focused on delivering the best results possible as the Mercedes-EQ Formula E Team, for the remainder of the current season.”

Championship CEO Jamie Reigle said, “McLaren is one of the most iconic names in world sport with a global fanbase and a glittering list of accomplishments across multiple forms of motorsport.

“From next season and the start of the Gen3 era, the only place to see McLaren go head-to-head with historic motorsport names including Porsche, Jaguar, Maserati and Nissan is in the ABB FIA Formula E World Championship.

“They will be taking their place on the grid amongst 12 highly-competitive teams and 24 of the sport’s most talented drivers racing in the fastest, most powerful and efficient electric race car ever built.

“That is a unique and mouth-watering offering for fans, and I am excited that McLaren is joining Formula E to make this dream a reality.”

McLaren is yet to announce a powertrain supplier or drivers.

The current Formula E season continues this weekend with a double-header in Berlin, the first race of which takes place tonight (AEST).