Helicopter trip to save Grove Porsche for Bathurst 12 Hour

Helicopter trip to save Grove Porsche for Bathurst 12 Hour 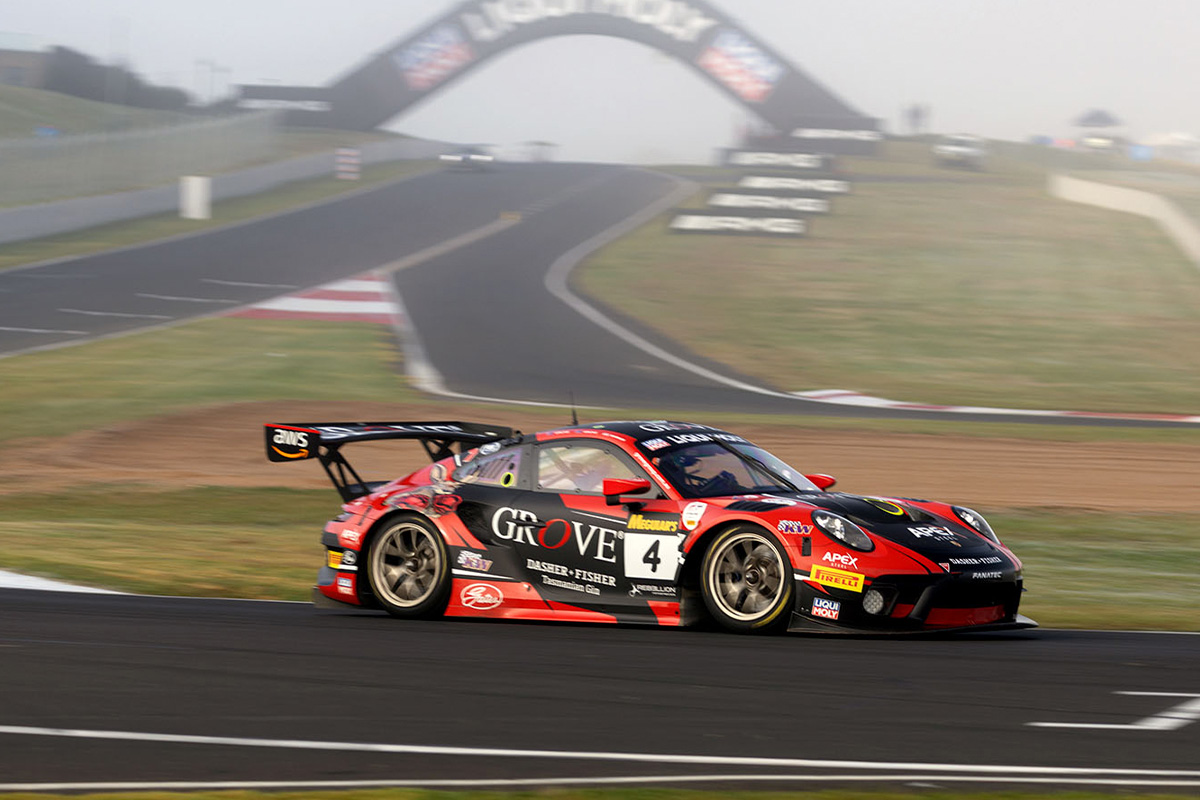 The Grove Racing Porsche has escaped with a flesh wound after Stephen Grove’s hit with the wall during the closing stages of final practice for the 2022 Liqui Moly Bathurst 12 Hour.

Grove tagged the fence through The Grate and ended up facing the wrong way at McPhillamy Park just as the chequered flag had come out in Practice 6.

Mistakes at that section of the race track usually lead to big accidents, but the #4 Porsche 911 GT3 R he shares with son Brenton and Brit Ben Barker has escaped with minor damage to the rear.

The only concern for the team is one of the aluminium staves that join the rear wing to the car, which was bent out of shape.

Grove Racing, who is led by team manager David Cauchi, attempted to straighten the part out, but instead have decided to source a brand-new one.

The team do not have the spare part needed at the track, so are using a helicopter to collect a new rear wing mount from Wollongong to be ready for qualifying.

Despite the tight turnaround, it is expected to be fixed for the Bronze driver qualifying session beginning at 13:20 local time/AEST.

“Just down through the Grate I was just carrying a little more speed and I turned in a fraction too early and got up on the ripple strip,” Grove senior explained to Speedcafe.com.

“Then it just rotated the rear then spun back the other way and as it slid down it slid into the wall.

“There’s one (spare stave) in Wollongong so we’re trying to get that from Wollongong now for quali, whether that happens I don’t know. We should definitely have it here for the race.

“We’ve had such a good run this weekend, we haven’t had any incidents at all, it’s just that was the last lap of the session and I just wanted to try a few different things prior to quali.

“From now we’ve just got to rebuild and get on with it.”

The Grove Porsche ended Practice 6 in eighth outright with a best effort of 2:04.974s.