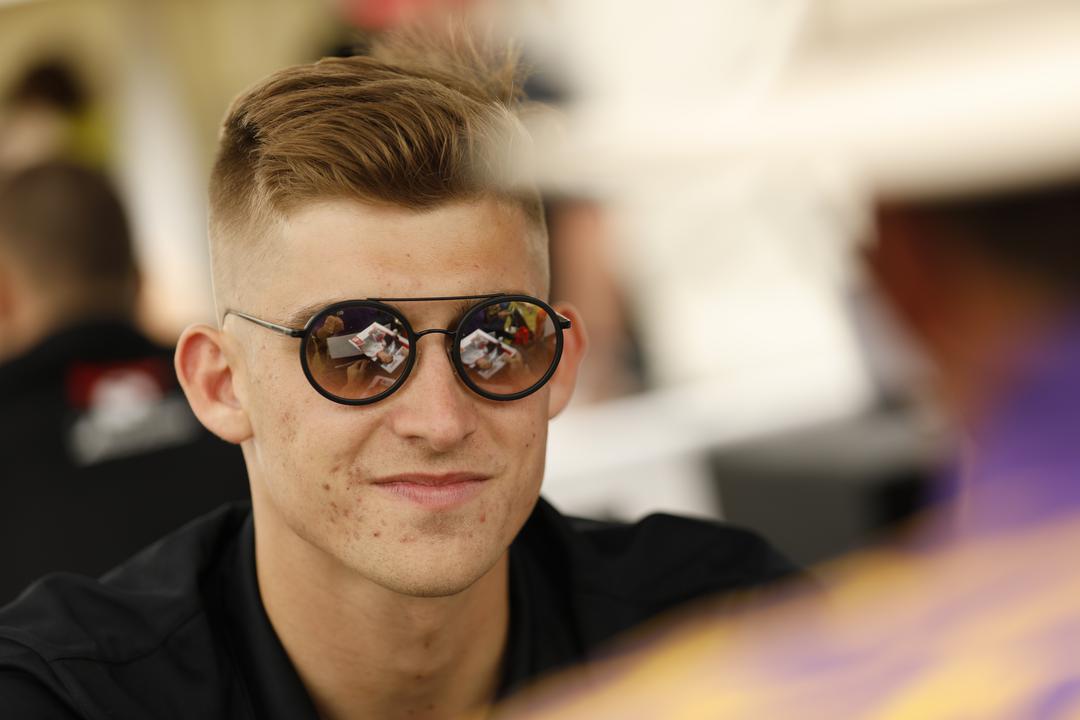 Hunter McElrea has finished second to Danial Frost after briefly leading Race 1 of Indy Lights’ double-header at the Grand Prix of Indianapolis.

While that represented a bounce-back for the New Zealander after crashing into Matt Brabham last time out at Barber Motorsports Park, it was Brabham who caused an incident this time around, and he would finish 10th in the 14-car field.

Rasmussen was in front on Lap 3 when he passed Lundqvist at Turn 7, but drama ensued when the Swede tried to reclaim the position on Lap 5.

The two made contact as they rounded Turn 1, damaging both cars and bring about a Caution period as McElrea inherited first position.

The 2018 Australian Formula Ford Series winner held sway only for one green flag lap, however, before Frost (HMD w/ DCR) got a run on him and made the move at Turn 1, at the start of Lap 9.

From there, the Singaporean was not headed, with McElrea taking the chequered flag 1.5449s behind after 35 laps.

Brabham locked up and ran into Pedersen at Turn 1, putting the Dane in the grass and drawing a Yield Position penalty for the Australian.

In the end, Rasmussen and Lundqvist charged back to fourth and fifth respectively, while Pedersen got home in 11th.

Lundqvist leads the series by a six-point margin over Frost, with Brabham fifth and McElrea sixth.

Race 2 of the weekend, for which Lundqvist will also have pole, takes place tomorrow morning (AEST).