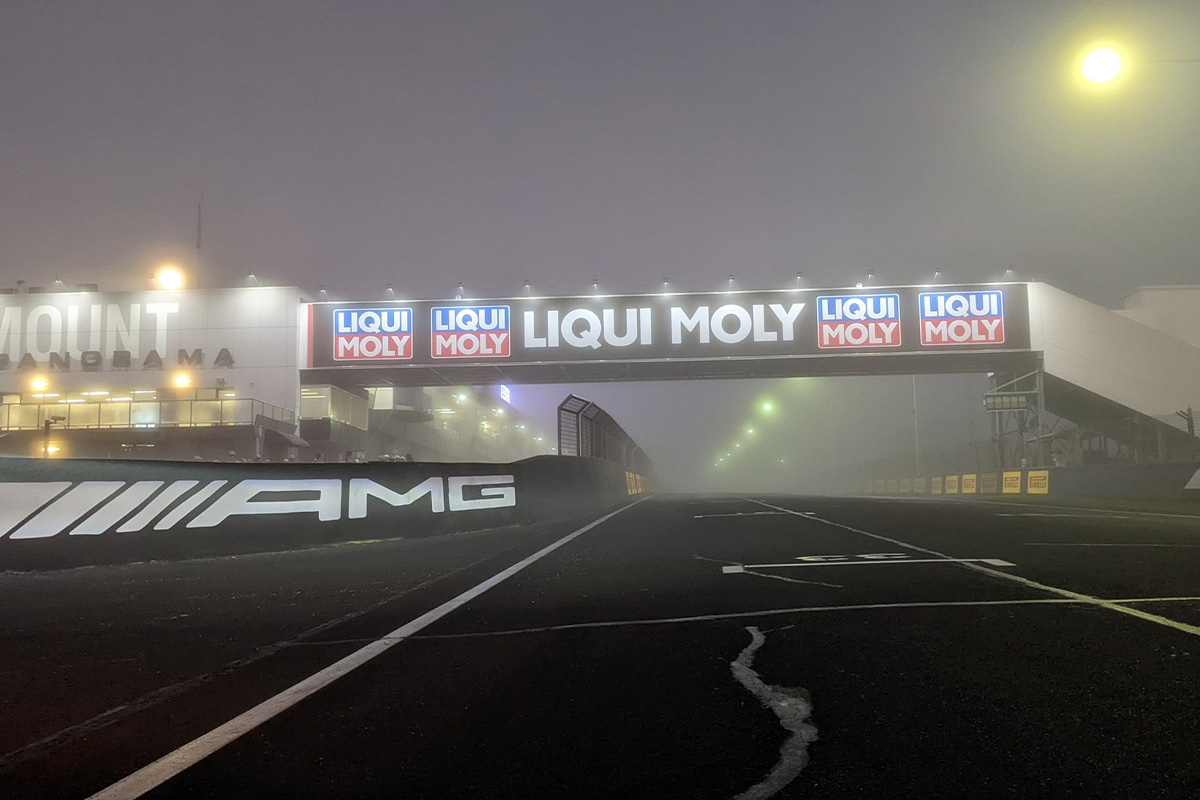 Organisers of the Liqui Moly Bathurst 12 Hour have a contingency plan in place should fog impact race morning at The Mountain.

Heavy fog lingered around the lower-lying areas of the circuit on Saturday morning, with the top of Mount Panorama invisible from the paddock.

Given the 05:15 local time/AEST race start on Sunday officials have put procedures in place should the fog be too dangerous to race in.

“The intention is for the race to officially start at the commencement of the formation lap, behind the Safety Car, at 5:15am – as per usual procedure,” a Bathurst 12 Hour spokesperson told Speedcafe.com.

“Conditions at the commencement of the formation lap will be assessed by Motorsport Australia Race Control, with a decision taken to proceed with the rolling start, continue behind the Safety Car or suspend the race taken from that point.

“Should the race commence without delay, but fog become present during the race itself, Race Control will monitor conditions and should it be needed, the Safety Car will be deployed.

“Should conditions become worse the race will be suspended under the regulations in place.

“Should any driving time be lost during a race suspension, the Motorsport Australia Stewards of the Event will determine how key factors (including minimum and maximum driving time) in the event sporting regulations will be applied to the remainder of the race.”

Regardless of any potential stoppages or delays, the race finish is locked in for 17:13 local time/AEST plus one lap, per Article 3.29.1 of the event regulations.

Practice 5 for the Bathurst 12 Hour, scheduled for 08:05 on Saturday, got underway at its allotted time despite the lingering fog.

A Bathurst 12 Hour spokesperson said driving standards advisor Craig Baird completed a lap in a course car prior to the session and was happy with the visibility around the circuit including over the top, which was the initial concern. 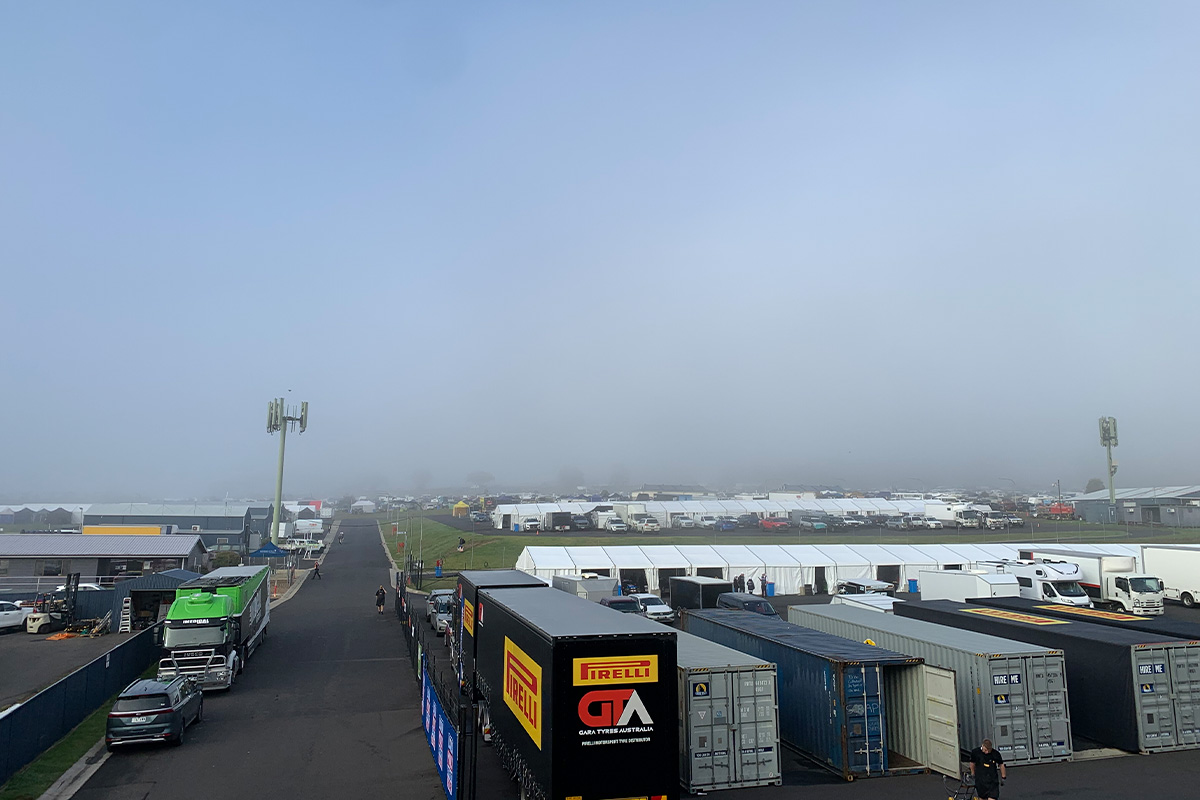 Fog continued to linger around the circuit at 08:00 local time/AEST