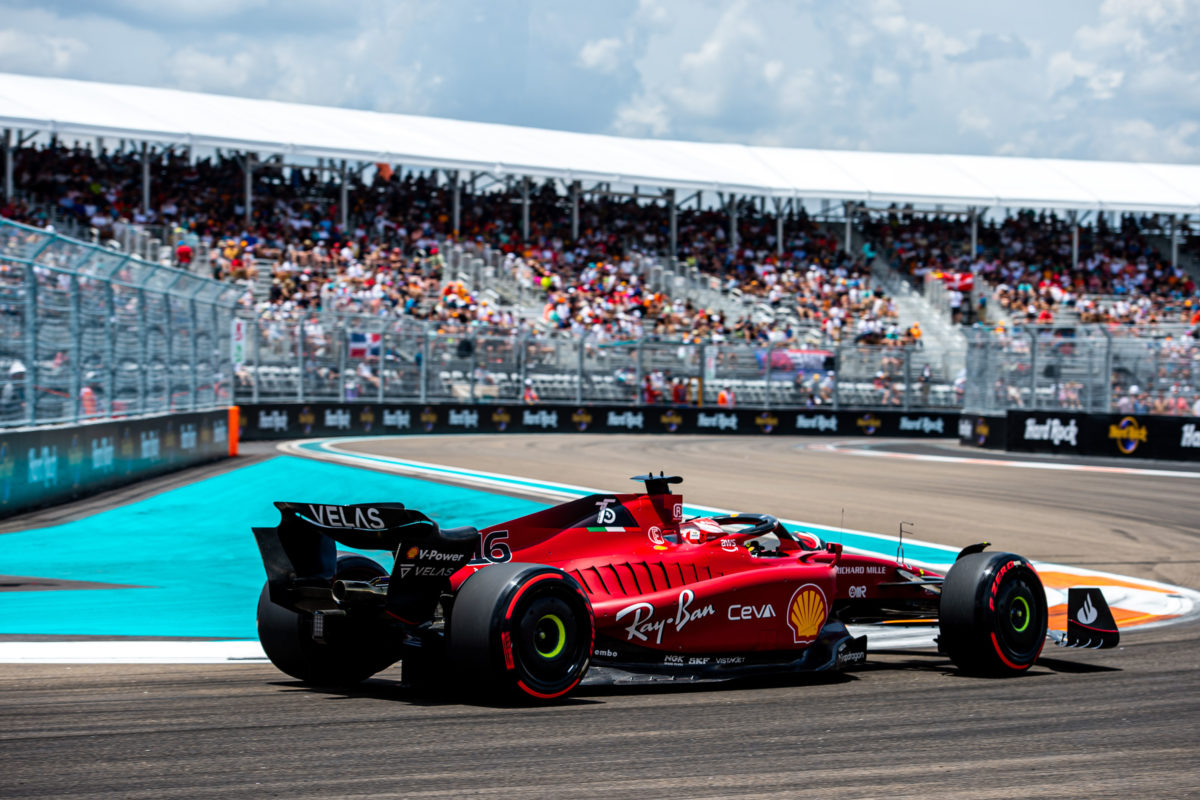 Mattia Binotto believes Red Bull will be unable to keep up its current development pace due to Formula 1’s financial regulations.

Ferrari sits atop both the drivers’ and constructors’ championships, though its advantage has been cut sharply over the last two races.

The Red Bull driver was then able to remain out front despite a late challenge from the championship leader, his extra top speed allowing him to remain out of reach at the end of the DRS zones.

It was a compromise with set-up Ferrari was aware of heading into the race, reasoning a higher downforce level would be the better option.

“We are running a bit more downforce, in terms of wing configurations, lacking speed on the straight, but normally gaining a bit more on the corners,” Ferrari boss Binotto said of Sunday’s race.

Red Bull has enjoyed solid pace throughout 2022, the RB18 seemingly able to generate similar levels of grip to Ferrari’s F1-75 but at a lower downforce level.

The Scuderia has been reserved in its upgrades thus far, reasoning that it’s better to bring substantial updates that make a difference in order to maximise the potential available to it under the budget cap.

“I always said that you should have wait five races at least to assess the proper competitiveness within the cars,” Binotto explained.

“Now five races has gone, we are leading both championships which is great, so we should not be too disappointed.

“But it’s true that Red Bull improved their car since the very start of the season, that’s why they introduced upgrades.

“If I look at the last two races, maybe they got a couple of tenths per lap faster to us now.”

Suggestion in the paddock is that Red Bull has managed to shed a considerable amount of weight from the RB18, which was thought to be one of the heavier cars on the grid.

Most 2022 machinery is above the amended minimum weight of 798 kg.

“It’s no doubt that in order to keep the pace, we need to develop on ourselves and produce updates,” Binotto said.

“I hope, because there is as well a budget cap, at some stage Red Bull will be stop developing.

“As it was I think I would not understand how they can do that, but let’s say that in the next races it could be at least our turn to try to develop as much as we can the car by introducing updates.

“We do not have the money to spend for upgrades at every single race,” he added when asked if there would now be a steady stream of development parts finding their way onto the cars.

“I think that it’s as simple as that. Not because of reliability but because of budget cap.

“So we need somehow to try to focus the development on when we believe it’s the right moment and the right spending.”

Next weekend’s Spanish Grand Prix looks set to be one such occasion, with Binotto revealing the team will have an update, though he refused to offer more than that.

“I think it’s not a surprise that we may have a package in Barcelona, which will be important for us,” he said.

“I hope that the package we are producing is working as expected, and in that case can be a good boost in order to try to catch up the current gap we’ve got to the Red Bull.”