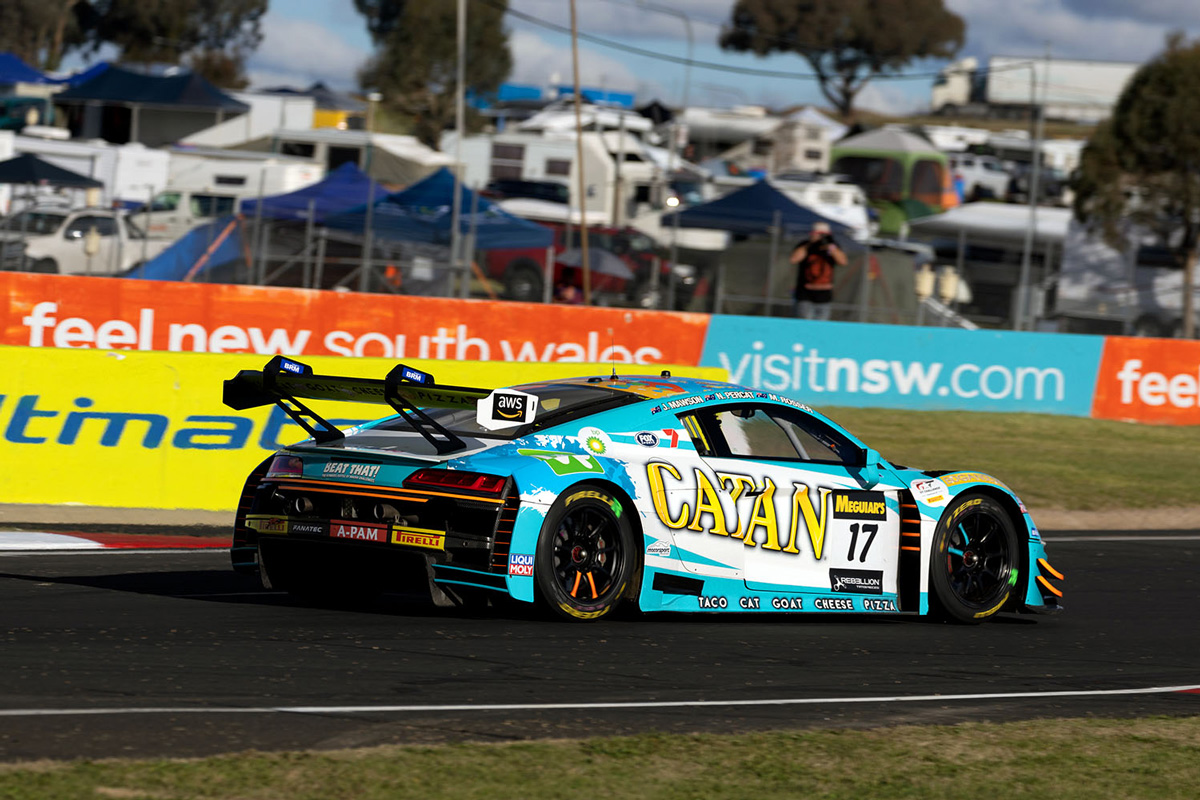 Team BRM has become the latest team in danger of missing qualifying at the Liqui Moly Bathurst 12 Hour after a Practice 5 incident.

Mark Rosser was at the wheel of the #17 Audi R8 Evo II when he got loose through Skyline, damaging all four corners of the car.

Repair efforts have begun, but uncertainty surrounds the turnaround time.

“It’s pretty impossible to tell at the moment, until the guys have a good look, we’re not really sure of the exact damage,” Rosser told Speedcafe.com shortly after hopping out.

“Hopefully it’s not too bad. I hit the wall pretty flush on so I’m hoping that kind of spread the load out a little bit.

“There’s a bit of a shortage of parts at the track at the moment as well so depending if there’s something we need that might not be able to be supplied, I’m not sure what’s going to happen yet.

“If anyone can do it, BRM can do it. We’ve done some mega jobs in the past when drivers have made mistakes to get it back on the track so I have got full faith in them.

“It’s just maybe down to what have I broken and can we replace it?”

Rosser admitted he was disappointed with his mishap, having previously taken the approach of steadily building up across the weekend.

“For me, I was a bit off where I would like to be so I started pushing a lot harder today and obviously just pushed that little bit too hard,” he said.

“I set my PB times on the previous laps and maybe my times were getting a bit too fast for my skill level.”

There could be as few as 17 cars taking part – assuming the ongoing Practice 6 does not catch out any others – with Craft-Bamboo Racing scrambling to complete an engine change and the Supabarn Audi squad still upgrading its spare car.

In good news, the #52 MARC II Mustang was fixed in time for Practice 6, which begun at 10:00, after a scrape with The Dipper earlier this morning.