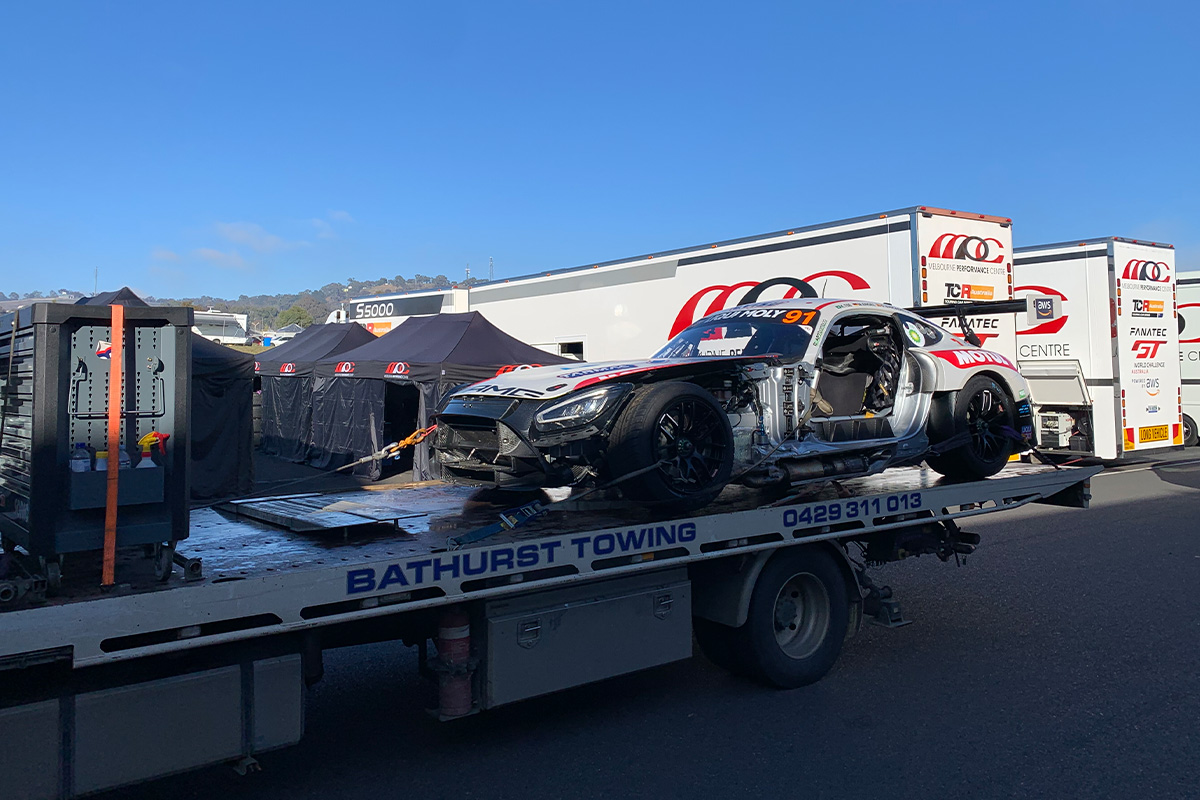 The Craft-Bamboo Mercedes on its way out the circuit

During Friday’s practice running the team, which is a top contender, noticed ‘irregularities’ and consulted with the Mercedes-AMG factory in Germany.

The conclusion was met that the engine should be replaced, with the decision to take the #91 Mercedes-AMG GT3 off-site to perform the job safely on a car hoist.

It is likely the Maro Engel/Daniel Juncadella/Kevin Tse entry will miss qualifying, which begins at 13:20 local time/AEST.

Team director Darryl O’Young explained some of its crew has remained at the track ready for the car’s return while part of the team has also headed off-site to complete the engine change.

“We had a lot of communication with Germany trying to resolve [the issue] but at the end it was the decision being the safest to do an engine replacement,” O’Young told Speedcafe.com.

“This of course was at one in the morning, two in the morning so it was impossible to get the team back up by the time the decision was made.

“So yeah we have taken the decision to focus on the race and not have risk, so that’s what’s going on now.

“We were trying to make it for qualifying but I think it’s going to be quite tight to be able to do that.

“For these GT cars it’s basically the safest thing to be on the hoist to do an engine change; we could find ways to do it but it would probably not be the best.

“We’ve just taken it off-site, not far away.”