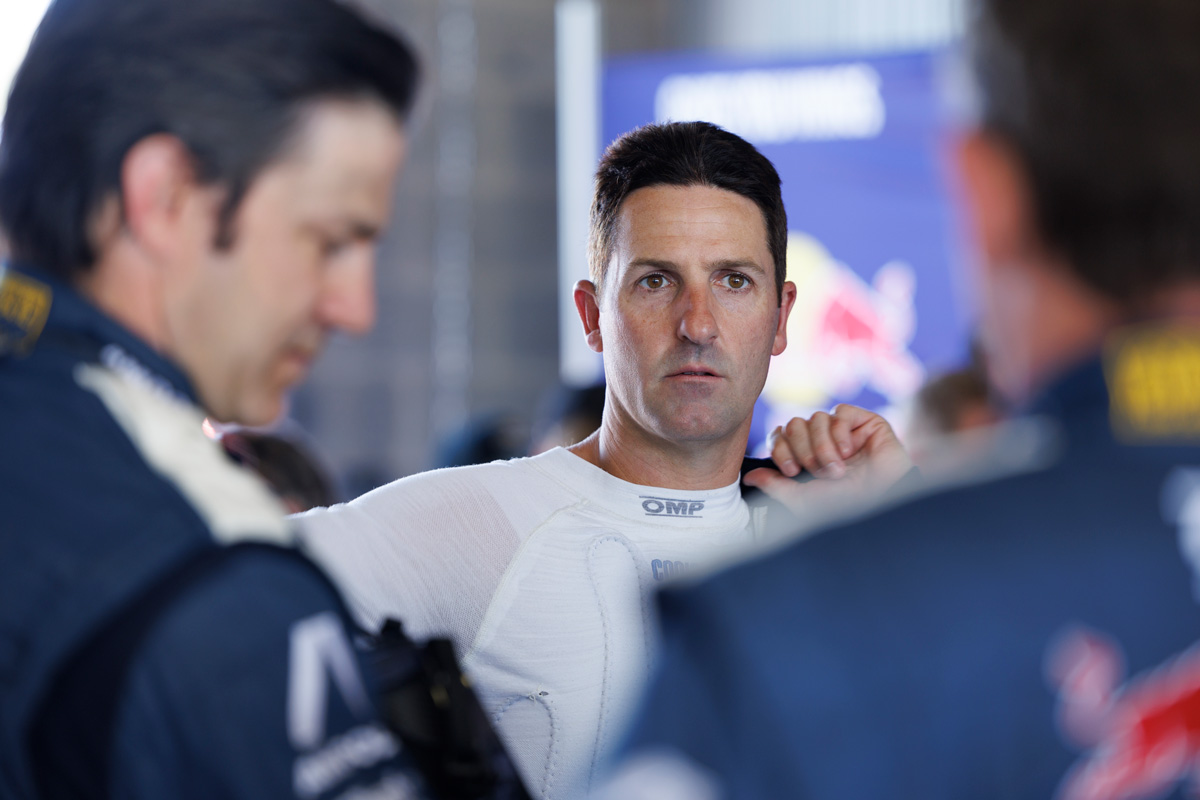 Jamie Whincup no longer appears likely to get back behind the wheel of a Blue Oval Supercar as part of the Gen3 testing programme.

Whincup had previously expressed a desire to trial both prototypes as part of the process of getting them ready to go for the 2023 season.

However, the seven-time champion who has now transitioned into the role of team principal/managing director at Triple Eight Race Engineering now appears content with sticking to driving the Camaro.

Aligned with Holden since Triple Eight’s brand switch in 2010, Whincup has been charged with the responsibility of bringing a drivers’ perspective to the Gen3 steering committee; and Triple Eight is the championship’s General Motors homologation team.

“Well, they’re sort of the same. The cars are going to be so close next year,” Whincup told Speedcafe.com.

“They [Ford] are still running around with the [S]550 aero package; they are going to update to the 650, which then I think will align closer to the Camaro. Well, eventually it will be exactly the same with a parity adjustment.

“So no, I don’t feel the need to drive the Ford.

“They both should be the same underneath, it just comes down to the aero package, so we’ll wait until we get it.”

Whincup did note the importance of any laps he is able to cut, and reiterated his excitement about the incoming generation of Supercars.

“I’m sure other guys will bring a different perspective that I don’t have, but it’s important for me to bring the drivers’ perspective,” he continued.

“So that’s important for me to keep driving the car, stay relevant, and bring that perspective across.

“So if we’re deciding on buttons on the steering wheel or cool suits, or any types of driver feedback, then I have got to bring that perspective and bring it to the best interests of the category.

“So, one, I want to drive the car because I love driving cars, and two, to feel first-hand what’s going on.

“But honestly, it is an unbelievably good car. It’s a good-looking thing, but it’s fast. The acceleration out of the slow-speed corners because they are 150kg lighter than the current car, man it gets going, it just wants to light the rear wheels up and off you go.

“So I’m so confident we have a really good package.

“I shake my head at the end of the week when 99 percent of the conversation is about the issues and the challenges we’ve got and one percent is about ‘wow, we have got this unbelievable package here that we’re about to roll out next year which is going to tick all the boxes’.

Whincup does believe, however, that his team’s focus on developing Gen3 could see it come back to the field during the 2022 season.