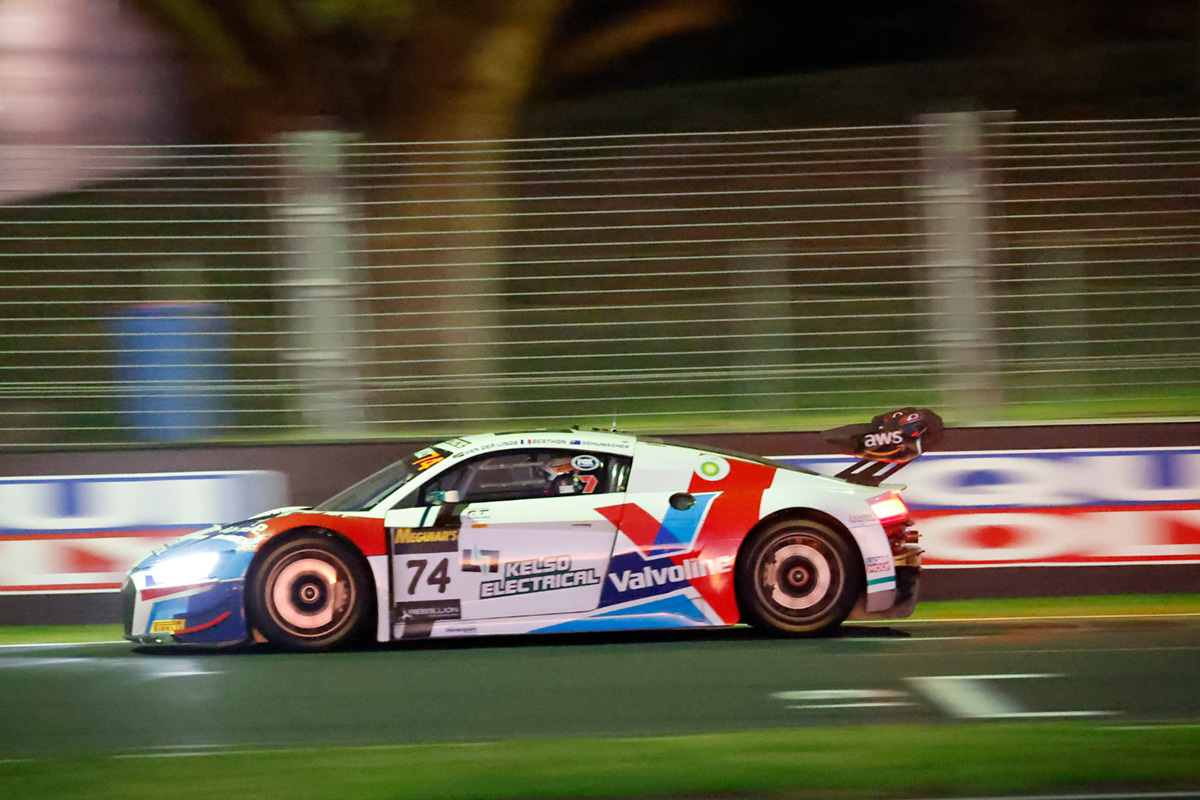 Starting at 17:05 local time (AEST), the chequered flag didn’t wave until 17:50 by which time the sky was just about pitch black.

That came as five minutes was added to the 40-minute session after a red flag period due to debris at The Chase.

By the end, van der Linde (#74 Audi Sport Team Valvoline Audi R8 Evo II) was the only driver to dip into the 2:03s bracket, ending the session 0.3381s clear of the field.

The South African was quickest after the first tours of The Mountain on a 2:08.1310s, which he shaved two-and-a-half seconds from the next time around.

Jules Gounon put the #75 SunEnergy1 Racing Mercedes AMG GT3 on top just prior to the red flags being waved, at which point van der Linde was on a session-best lap.

Van der Linde and Gounon further traded times before the factory Audi star banged in the 2:03.9569s which would not be toppled.

That backed up the form shown by Brad Schumacher in the #74 during Practice 2 earlier in the day.

Markus Winkelhock (#777 Audi Sport Team Valvoline Audi R8 Evo II) rounded out the top five, and was the first of the drivers to be effectively locked in to starting Sunday’s race.

That’s on the basis of regulations whereby the driver starting in each car (at dark) must have completed at least two laps during Practice 4.

Feeney was a late starter to the session following Prince Jefri Ibrahim striking trouble during Practice 3.

In total, 19 cars took to the track with the crashed #47 Supabarn Audi absent.