Van der Linde: Audis far better across the top than 2020

Van der Linde: Audis far better across the top than 2020 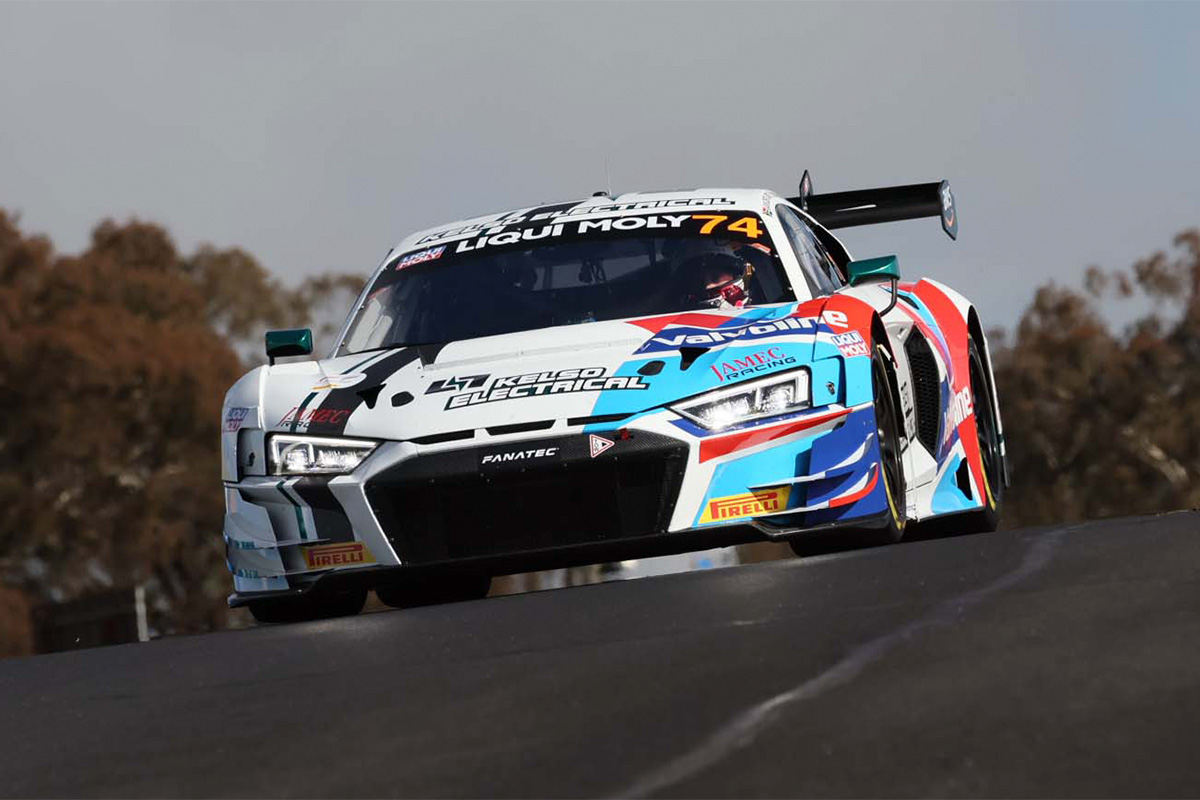 Kelvin van der Linde says the latest specification Audi is providing even more confidence across the top of the Mountain compared to previous years at the Bathurst 12 Hour.

Audi cars topped the timesheets in every practice session on Friday as track action got underway for the 2022 edition of Australia’s international enduro.

South African factory Audi star van der Linde had the quickest time of the day, setting a 2:03.956s in the first-ever night practice session this evening.

That put him 0.3s clear of yet another Audi, with the German manufacturer unbeaten across the four sessions between its multiple entries.

Van der Linde said his feedback was aligning with his co-drivers Brad Schumacher and Nathanael Berthon.

“To be honest the car is in really good trim, the guys were here in December for the [GT World Challenge Australia event] and the car is really trimmed out,” van der Linde told Speedcafe.com.

“The Evo II we’re really happy with, the aero package is helping us in the middle sector across the top and giving us a lot of confidence.

“[It’s the same] for Brad, he noticed coming from the old car to the new car he really felt there was a big improvement.

“That’s positive, and then obviously for Nate as a rookie here, trying to balance everything with giving your Am enough time in the car and Nate who’s a rookie, give him enough time.

“And then I’ve got to do a couple of laps just to be somehow ready for quali. It’s a bit of a balancing act right now but I think we’re okay.”

When the Bathurst 12 Hour was last held in 2020 Audi only had its first Evolution upgrade and drivers struggled with the cars being ‘twitchy’ over the top of the Mountain.

This weekend is the first run for the Evo II package at the Bathurst 12 Hour, and although the feedback at races in Europe has been good, it is still yet to be tested in an endurance event at Mount Panorama.

Van der Linde said he is already pleased with the improvement with the few laps he has had in practice.

“It’s definitely better, I mean that’s the goal when you bring a new car, you want to improve it based on the old one,” he commented.

“We’ve improved that, so it’s really positive for us. For me, like I said, I haven’t been here for two years with the pandemic and stuff so coming back here it shocks the mind a little bit.

“It’s still an amazing place, it’s cool to come back and you really need the balls across the top.”

Friday’s night practice session was also an event-first, with the field venturing out on track in the darker conditions in preparation for more night-time running at the start of the race.

Notably, all of the Audis were running the sprint light package as opposed to the additional lights in the endurance package, which supposedly produces more drag.

Van der Linde said the team is undecided on whether it will switch to the endurance light package for the race or deal with what they have.

“Naturally yes,” the 24 Hours of Nurburgring winner said when asked if night practice was valuable.

“I’ve never driven here in the dark so for me it was just ticking that box to get a feeling.

“It’s a bit of a trade off because you lose top speed if you put the endurance lights on.

“Naturally you want to survive the first hours in the dark and then you have this top speed advantage for the rest of the race.

“At the same time if you have better vision you survive the first hour, it doesn’t help that you have top speed but you’re in the wall.”

Track action continues on Saturday with a fifth practice session at 08:05 local time/AEST.