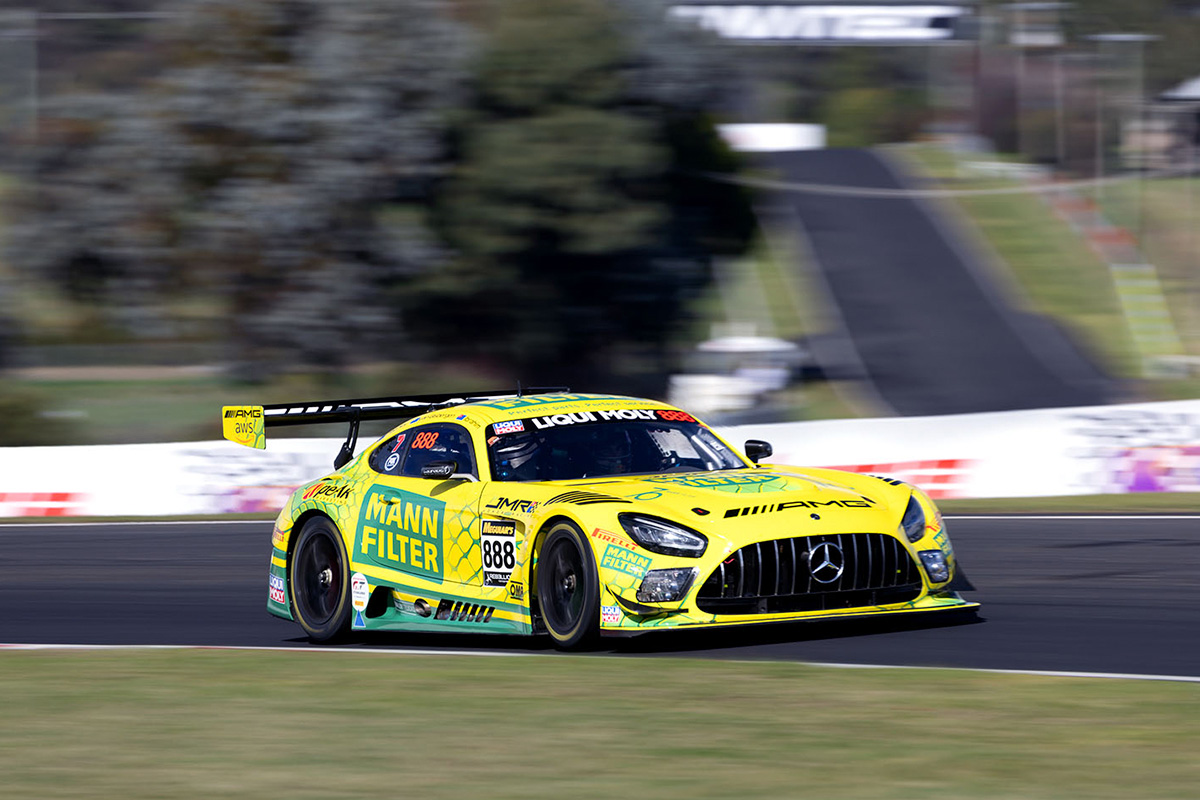 Triple Eight Race Engineering’s preparations for the Liqui Moly Bathurst 12 Hour have been dented by a crash in Practice 3.

Prince Jefri Ibrahim was at the wheel when he struck trouble at Griffins Bend early in the session, which was dedicated to Bronze-rated drivers.

The result was front-end damage to the #888 Mercedes-AMG GT3, which was sidelined for the remainder amid repairs.

“Basically I was just warming up my tyres and I went into Turn 2 very slowly and the minute I put the initial throttle, the back just went,” Ibrahim told Speedcafe.com, confirming he’d made front-end contact with the outside wall at Griffins.

“It felt very weird to be honest, it felt like it was on water or oil.

“It was the slowest I have been through Turn 2 so it was a bit frustrating and my front wheel went into the grass and that sort of pulled me into the wall.

“It’s a bit frustrating, I was really looking forward to putting more laps in but it is what it is and I’ll try to make the most of it tomorrow.”

There is a short turnaround to Practice 4, which will finish in the dark, starting at 17:05 AEST.

One car which will definitely miss that session is the #47 Audi after Theo Koundouris found the wall at Reid Park in Practice 3, causing major right-rear damage.

Despite his hurdle, Ibrahim was upbeat about the earlier portion of his Friday.

“I felt very confident in the car in trying to work my way around this track again and trying to remember a few things that I had from the last time,” he said.

“This is the new car so it did feel different compared to the old one, but not in a bad way.

“So yeah, I was really looking forward to cutting some laps [in Practice 3] but we’ll focus on tomorrow and forget about what happened today.

“I’m just going to put my head down and try to do the best I can and try to be as consistent as I can.

“Of course it is great to be with Shane and Broc, first time doing the Bathurst 12 [Hour] it is amazing, I’m honoured to be with the team and also really looking forward to the race but I’m just trying to take it one day at a time.”