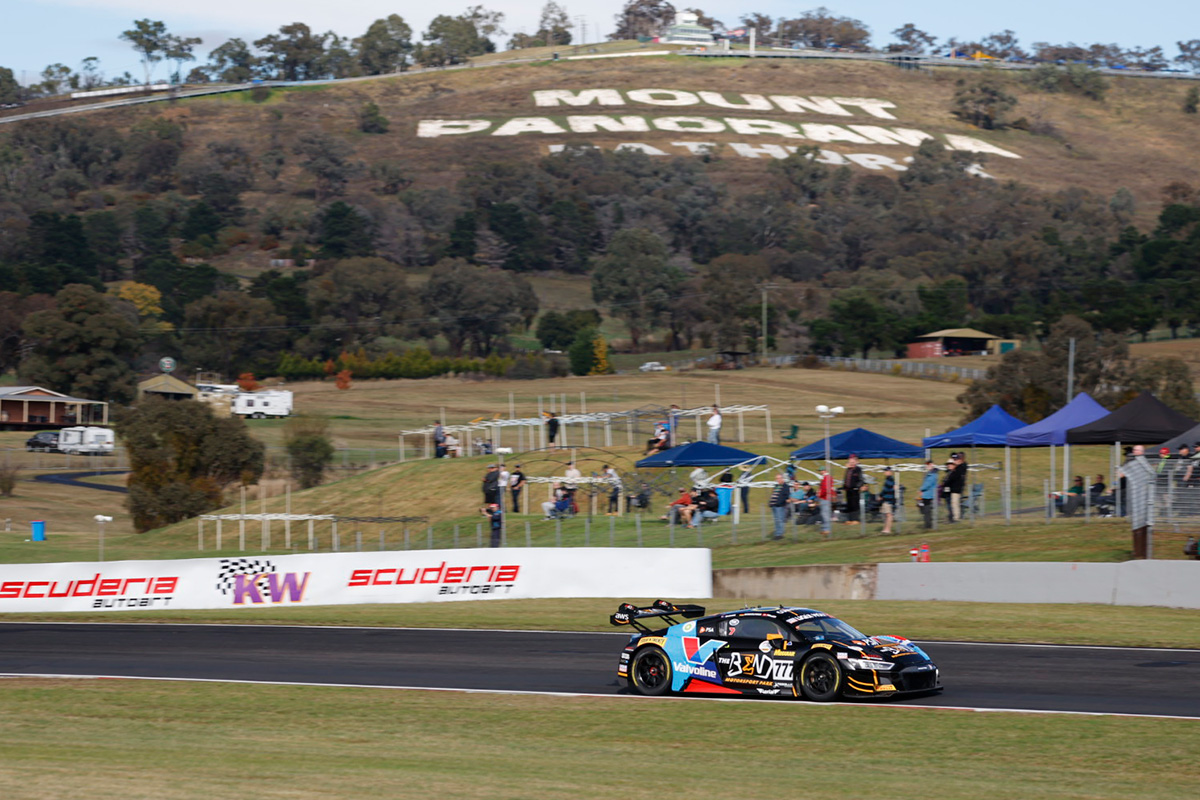 Ricardo Feller has put Audi on top in the first Liqui Moly Bathurst 12 Hour session in more than two years.

The 21-year-old Swiss star was the fastest out of the blocks as well as at the end of the half-hour Practice 1 in a promising start for the #777 entry, which he is sharing with Markus Winkelhock and Yasser Shahin.

On his Mount Panorama debut, Feller wound up atop the timesheets with a 2:04.5150s set after the chequered flag, to dispatch 2020 winner Jules Gounon (#75 SunEnergy1 Racing Mercedes).

In a late change to the schedule, Practice 1 was switched to an all-in affair, with Practice 2 (starting 10:45 AEST) now reserved for Bronze drivers only.

Greeted with a semi-wet track following some early morning rain, Feller went to the top on the first flying runs with a relatively pedestrian 2:16.2621s.

By the seventh time around The Mountain, Feller had lowered the benchmark to a 2:04.9082s, which remained intact until the dying stages.

Tony D’Alberto put the #6 Huracan up to fourth, and then second, in a strong showing before the international contingent geared up for one last crack.

Gounon, who had taken from Stolz, had threatened to improve on numerous occasions before coming good with a final effort of 2:04.9079s to go to the top by a mere 0.0003s.

However, Feller was not done yet, lobbing in a lap which would give him the ascendancy to the tune of four tenths.

Shane van Gisbergen was seventh in the #888 Mercedes AMG GT3, as all 20 cars hit the track.