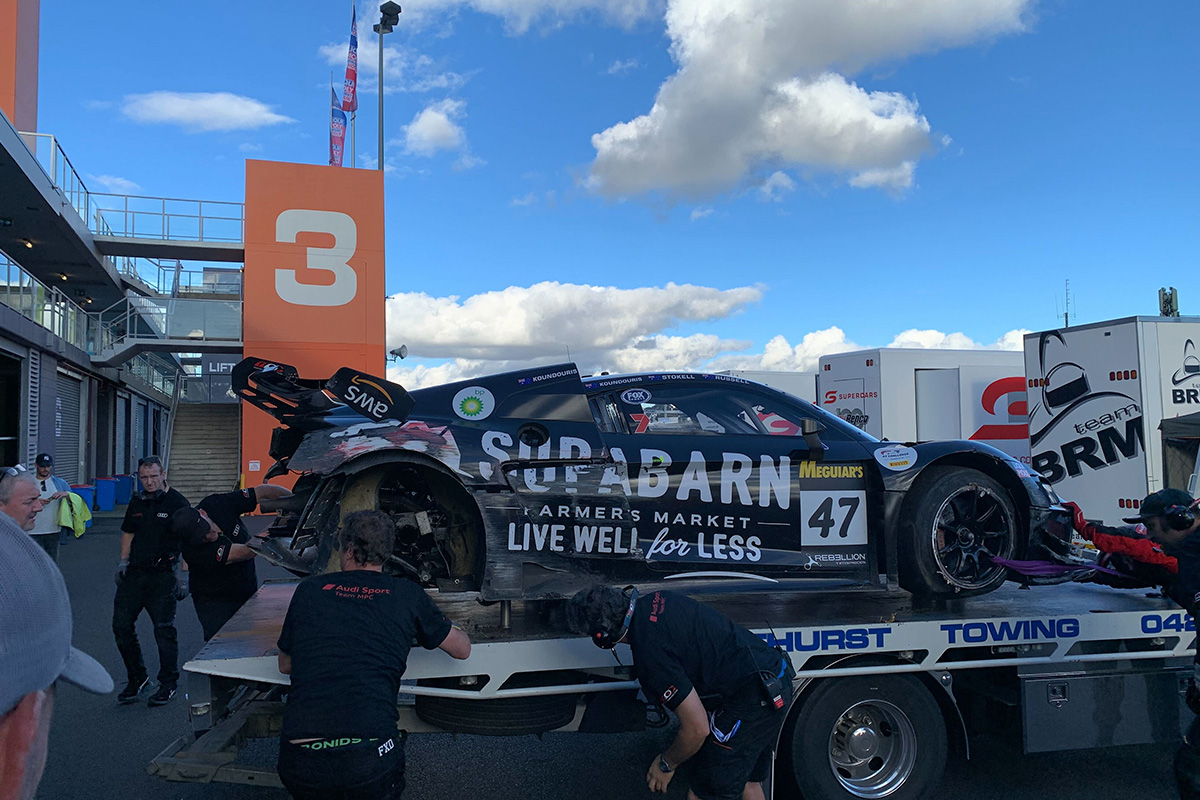 The damaged Supabarn Audi was towed back to the paddock

Liam Talbot topped Practice 3 at the Liqui Moly Bathurst 12 Hour which saw the first major incident of the weekend.

The red flag intervention came 15 minutes into the scheduled 40-minute session with Theo Koundouris in the wall at the top of the Mountain in the #47 Supabarn Audi R8 LMS GT3 Evo II.

Video shows the car sideways through Reid Park before slapping into the concrete wall on driver’s right just before the Grate, causing heavy damage to the right rear.

Koundouris hopped out of the car but there was a lengthy delay for the recovery of the stricken Audi.

Time was added to the session and the green flag flew again with 22 minutes on the clock for the Bronze-rated driver only session.

Audi’s Talbot took over the top spot with a 2:06.216s and despite the timing screens lighting up after the chequered flag there were no major improvements. 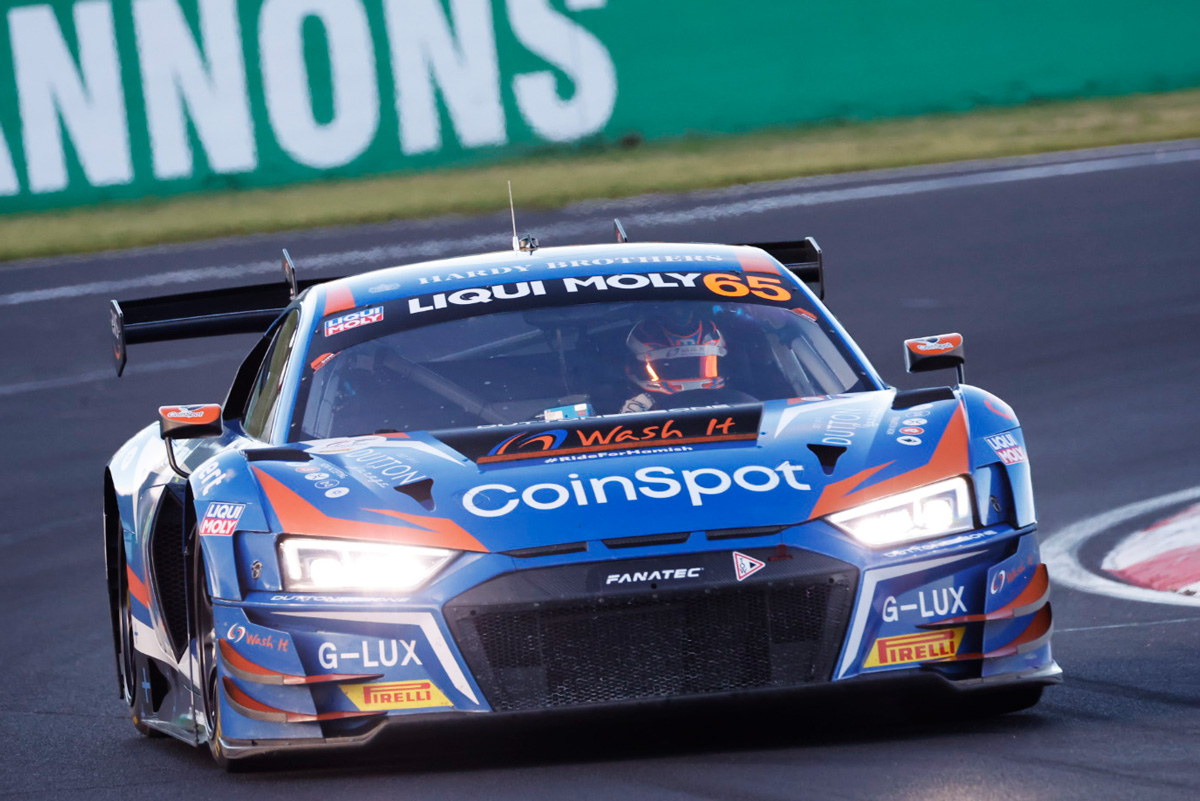 The session-topping Audi of Liam Talbot

The German manufacturer locked out the top three courtesy of Schumacher in third at the wheel of the #74 Audi Sport Team Valvoline entry.

Martin Konrad in the SunEnergy1 Racing Mercedes-AMG GT3 and Kevin Tse in the Craft-Bamboo Racing car rounded out the top five.