Rins out to prove Suzuki wrong over MotoGP exit

Rins out to prove Suzuki wrong over MotoGP exit 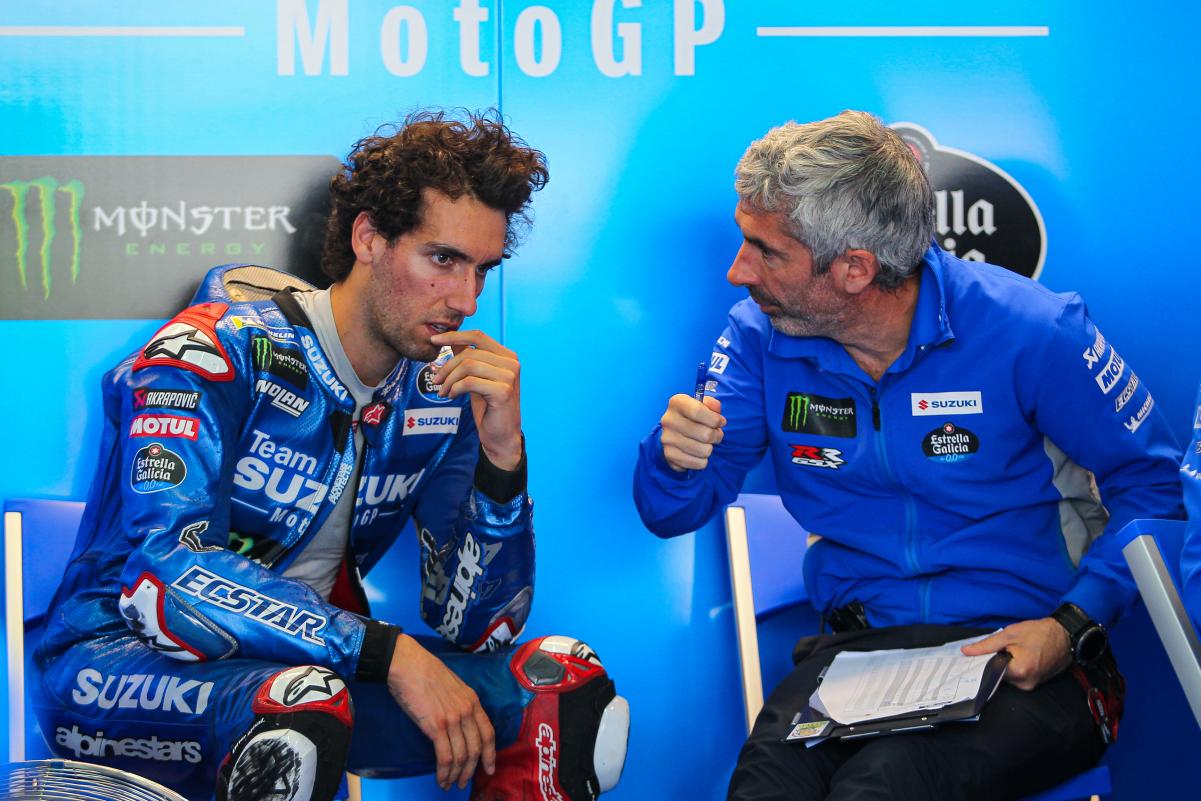 Alex Rins has declared his intent to prove Suzuki’s top brass wrong about their decision to quit MotoGP at the end of the year.

Suzuki has confirmed that it is in talks with the championship about getting out just one season into its current five-year participation agreement.

The decision came as a widespread shock, in no small part due to how the Hamamatsu marque had started the 2022 campaign.

While neither Rins nor Joan Mir have a victory so far this year, Team Suzuki Ecstar leads the teams’ championship, and won the rider’s championship courtesy of the latter of its two Spanish pilots as recently as 2020.

It is that formline which will fuel Rins for the rest of the year, even if his future has been plunged into uncertainty for the time being.

“I don’t have nothing [anything] for next year, but I have a manager for this and he is going to be a bit busy in the next weeks,” said the three-time MotoGP race winner.

“Sincerely this [decision] gives me an extra boost, because I think this is the best package we’ve ever had in Suzuki, so let’s show them they took the wrong decision.”

While Suzuki cited economic factors in explaining its decision, it is said that funding to its team will remain unchanged for the rest of the season.

“They say the budget for this year is already closed so they will bring everything and put all their effort in and – trust me – the mechanics were destroyed [by the news] but the Japanese people in the team were even more destroyed,” added Rins.

“For the development, at Montmelo [Catalunya, two rounds from now] we are waiting for a new aerodynamic package, so let’s see.

“Let’s get good results. We already have two podiums this season, let’s get a lot more and show them.”

Suzuki’s call to quit MotoGP was a shock not just because of its good results of late.

Team management had already started negotiating with both of its riders about contract renewals for 2023, before the decision came from above.

It was an emotional time for Rins, who has only ever ridden for Suzuki in MotoGP, when he found at out the conclusion of the Jerez post-race test at the start of this month.

“On Monday, after the Jerez test, Livio [Suppo, team manager] and [project leader Shinichi] Sahara-san took me to the office and told me and for sure it was super-hard,” he recalled.

“I was full crying because I gave everything to this team since 2017.

“Also, the team members gave everything since 2015 when Suzuki came back in MotoGP again.

“In the end I can find something else for next year – I think! – but for the team members it is a little bit more difficult and I feel very sorry because they are like a family to me.”

While Rins’ next home is not so obvious, Mir has confirmed that his personal management is in talks with Honda, to which he was already linked during pre-season.

The 2022 MotoGP season resumes this weekend with the French Grand Prix.