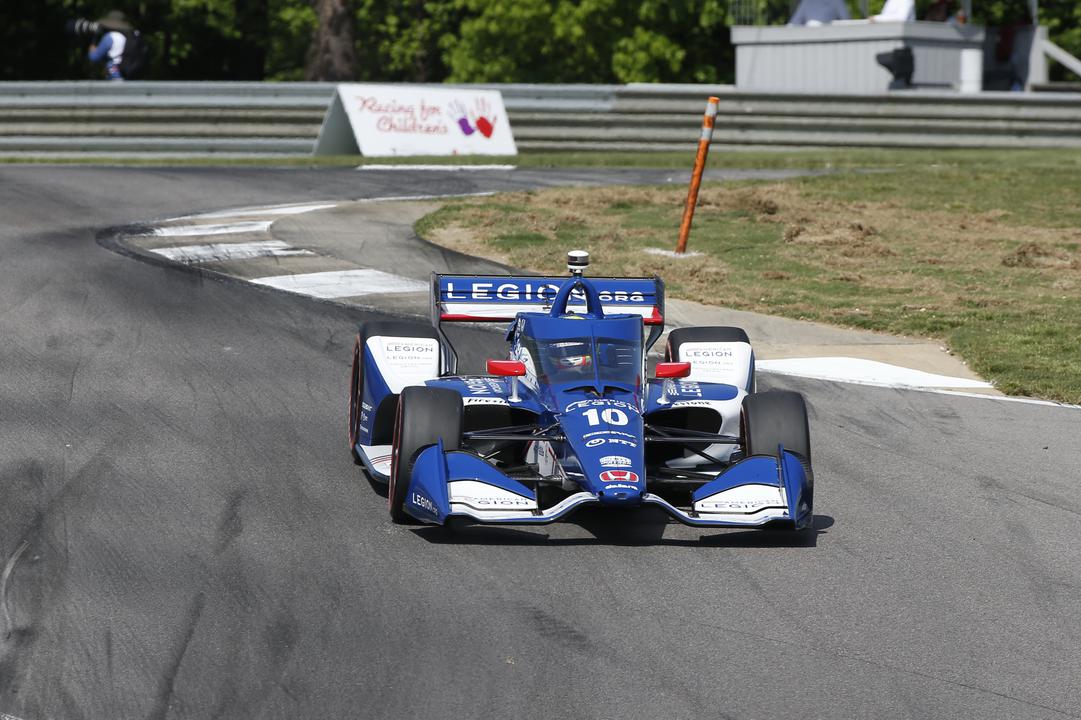 Alex Palou is less confident about where Honda’s IndyCar engine stands in relation to Chevrolet’s, having previously thought it was at least on par.

While the Chip Ganassi Racing driver now leads the championship, all of the four races to date have been won by Chevrolet-powered cars, fielded either by Team Penske or McLaren SP.

The Bowtie is widely regarded as having improved the driveability of its engine this year, a point acknowledged by Palou ahead of the most recent race of the season, at Barber Motorsports Park.

The Spaniard said then that the two powerplants appeared evenly matched on that metric and also power, but that Honda retained its edge on economy.

After Pato O’Ward’s victory in Alabama, Palou is not quite as upbeat.

“It’s hard to say; I wish I could really know and get the data to compare,” he said.

“They’ve been really strong, that’s for sure, stronger than last year. We can see on the sector times where we’re losing.

“Unfortunately, it is how it is now. We were really good at the Speedway test [Indianapolis].

“We were really strong at the beginning last year, I think, all the Hondas.

“Now maybe we’re a little bit behind; we don’t know.

“We still can fight with them, we still can get to the same lap as them on mileage or even more; like I was able to get two more [laps from a stint compared] to Pato, one more.

“I think we’re not too far; maybe we’re a bit behind.”

McLaren SP president Taylor Kiel was not willing to declare one engine better than the other, but said there has been a “huge shift” in Chevrolet’s performance.

“All I know is that Chevy has put a tremendous amount of work into their package in the off-season.

“I can sit here and say they’ve given us everything that we’ve asked for. They’ve worked relentlessly to close any perceived gaps that they thought they had.

“We certainly as a team have felt a huge shift in performance from year to year. I think we did a lot in the background as a team to improve car performance. Chevy has done a fantastic job as well.

“At this stage in the engine game, as far advanced as we are, for them to find the gains they have is remarkable. Kudos to everyone at Chevy, Pratt & Miller, Ilmor, [for] all the work they’ve done.”

The Grand Prix of Indianapolis takes place this weekend, with Practice 1 starting tonight at 23:30 AEST, and Stan Sport’s live and ad-free coverage kicking in with Practice 2 tomorrow from 02:45 AEST.