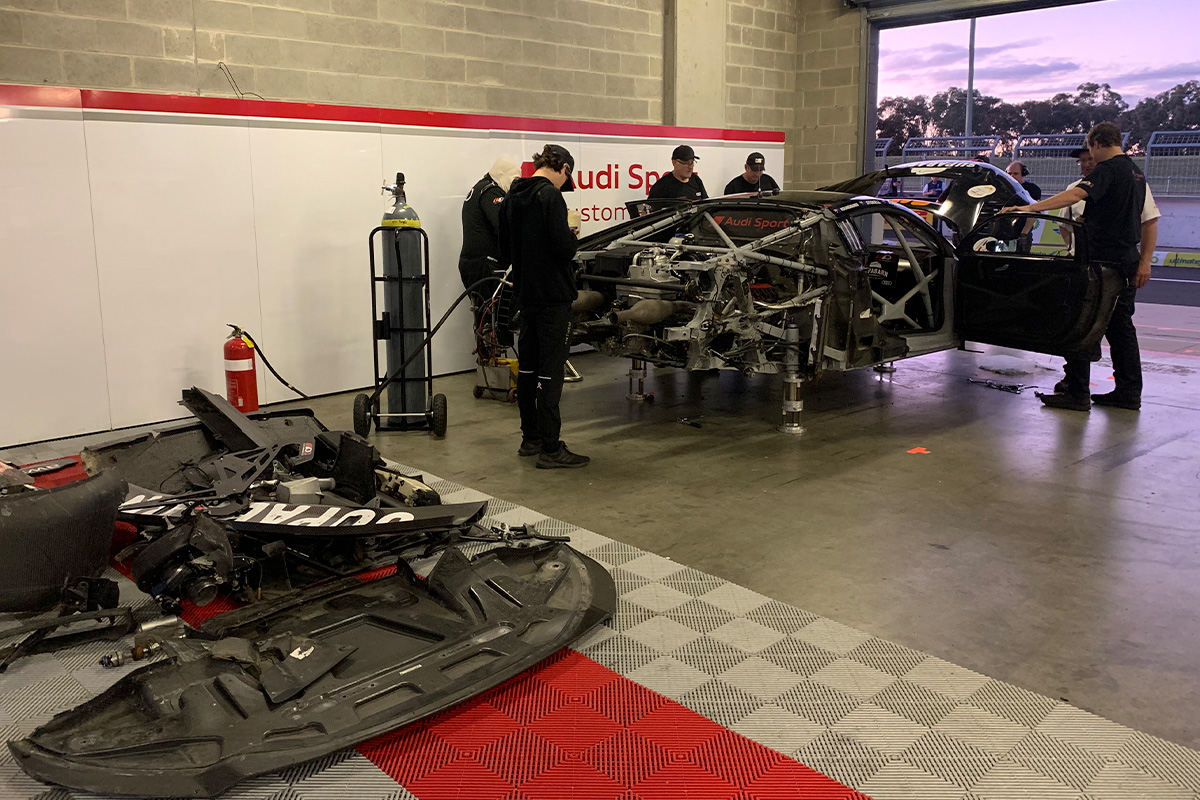 What remains of the original #47 Audi

The Supabarn Audi entry is set to be revived with Melbourne Performance Centre sending a spare car from its workshop to the Bathurst 12 Hour tonight.

Theo Koundouris found the wall in the #47 Audi R8 LMS GT3 Evo II at the top of the Mountain in Practice 3 for this weekend’s event.

Koundouris’ incident left the car he shares with brother James as well as David Russell and Paul Stokell with major chassis damage.

However, the entry’s hopes have been kept alive with Audi Sport Customer Racing Australia to ship one of their spare R8s to Mount Panorama from Melbourne.

Notably, the car which is on its way is an Evo I specification and will have to be upgraded to the Evo II spec on the ground at Bathurst. 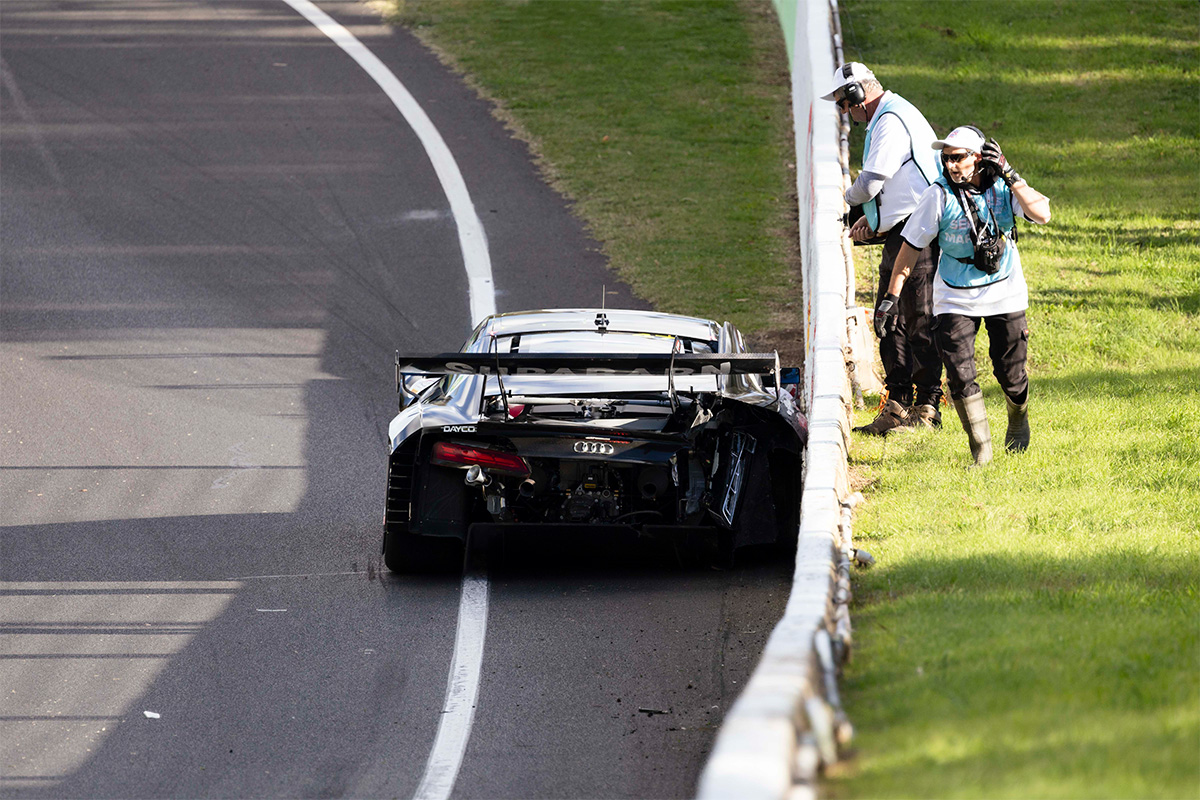 Team boss Troy Russell says it will be a tight turnaround with all the work that has to be done but is confident the Supabarn car will at least be able to start from pit lane on Sunday morning.

“This [car] is out, unfortunately, it’s got chassis damage on the right rear there,” Russell explained to Speedcafe.com.

“We’ve got another car at work [Melbourne Performance Centre] which is actually only an Evo I so we’ve got to update it to Evo II when it arrives.

“So it’s going to be a big day, but we’ve just got permission to start from pit lane Sunday morning, so we’ll get it here; it’s basically being loaded on a tilt tray now.

“We’ll try and get to quali but there’s a lot of stuff to swap over, all the telemetry stuff, all the BoP logging, the radios, the drinks system, the cameras.

“There’s a bit to do, but anyway, we’ll press on and get it done.

“If we can make quali well and good, if we can’t we’ll start pit lane on Sunday. It’s on its way now. ‘Evil’ from Motorsport Movers has saved the day.”

Sunday’s race is scheduled to start at 05:15 local time/AEST.