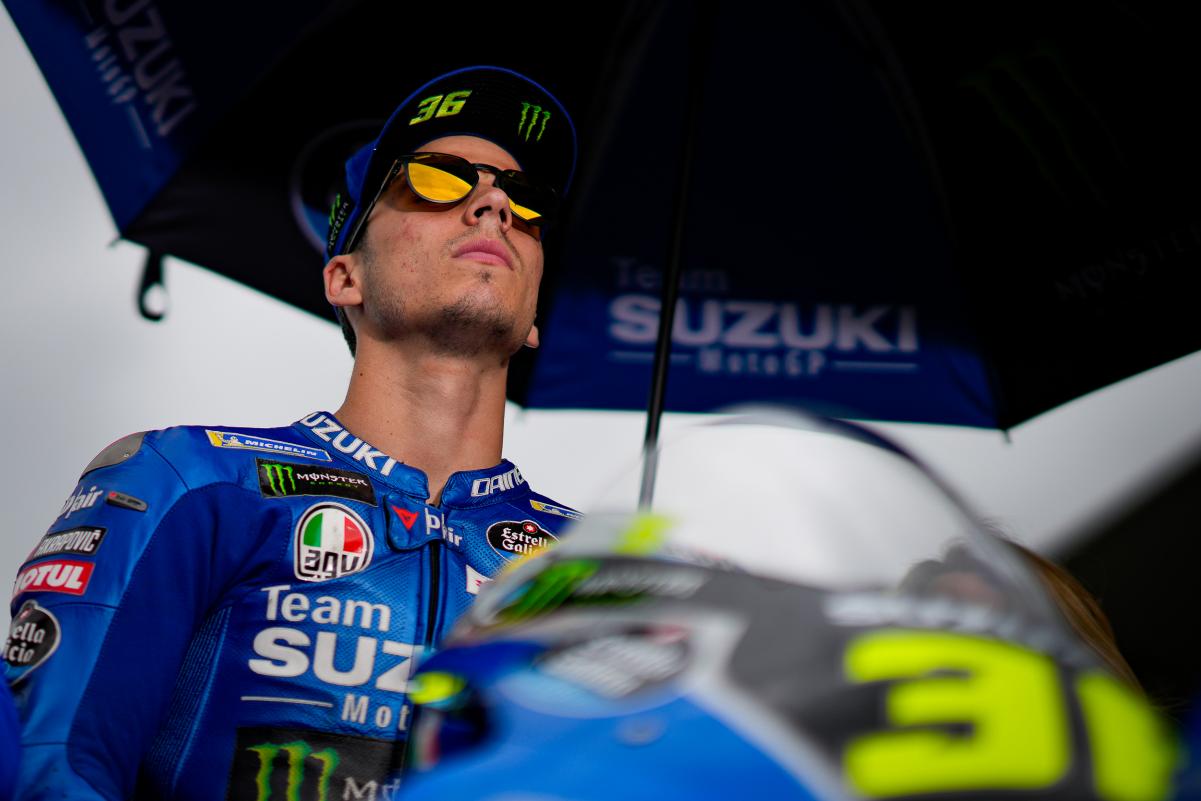 Joan Mir has confirmed that his manager is in talks with Honda about a new seat when Suzuki leaves MotoGP at season’s end.

The Hamamatsu marque’s exit is not locked in just yet, although it has now advised that it is indeed negotiating with MotoGP about getting out of its participation agreement.

The decision to quit was a shock for any number of reasons, including Team Suzuki Ecstar’s status as the current teams’ championship leader and 2020 riders’ championship winner.

It was Mir who won that title less than two years ago, and hence he should land on his feet by the time the rider market finally settles ahead of the 2023 campaign.

Having failed to rule out a switch to Honda during pre-season, the Spaniard looked like renewing with Suzuki, but could now find himself in Repsol colours after all.

“From Jerez, we were officially on the market,” said Mir ahead of this weekend’s French Grand Prix.

“We were in negotiations with Suzuki before everything that’s happened. Now, for sure, my manager [Paco Sanchez] will have more work than he expected.

“He is speaking with Honda, with different manufacturers, to try to fix my future. But it’s not easy.

“Am I in a hurry? No, not especially. If you ask every rider in the paddock, they’ll say that they’d prefer to have their future fixed than not. Everyone is the same on that.

“As soon as we have something it will be better for me, for everyone.”

With Marc Marquez not yet halfway into a four-year contract with Honda, it is Pol Espargaro who would be ousted in the event that Mir arrives.

Italy’s La Gazzetta dello Sport reported in recent days that Espargaro had already been told that he would not be re-signed, but he dismissed that as “fake news”. “There are two ways of calling this: rumours or fake news,” he fumed.

“We are in a world where we are more and more surrounded by fake news.

“It’s started with an Italian journalist that Alberto [Puig, Honda team principal] told me something after the race.

“I swear on my daughters, this is not true, it’s fake.”

Even if this is the end of his time at Honda, or indeed MotoGP altogether, the 31-year-old is relatively relaxed about the idea.

“I’m a racer, a MotoGP racer, and I want to be here, racing in MotoGP,” he said.

“But at the end of the day I’m a racer. If I’m not going to be here, I’m going to be in another place.

Espargaro pointed out that he has been in similar situations before, adding “I survived. I think I will survive one more time.”

Mir’s team-mate Alex Rins is, of course, also on the hunt for a new team following Suzuki’s bombshell decision.

Practice for Round 7 of the season at Le Mans starts this evening (AEST).