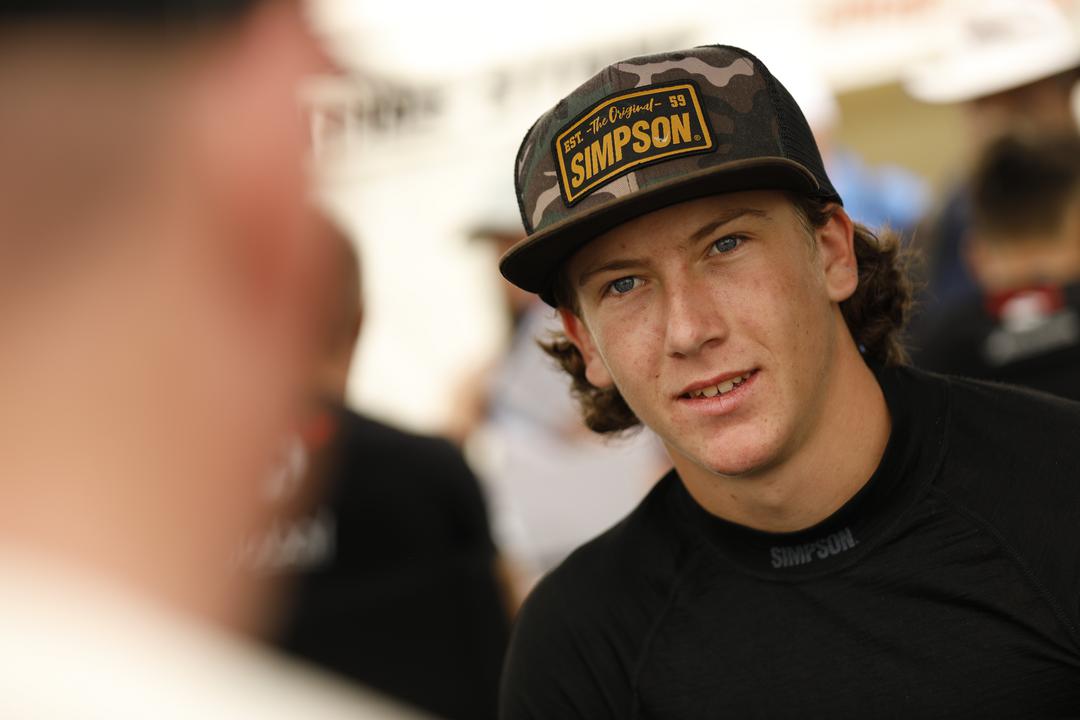 Ganassi is Honda’s leading IndyCar team while Simpson is part of the Honda Academy, having last year won the Formula Regional Americas Championship (FRA) which the Japanese marque supports.

He earned that title alongside a finish of eighth in the Indy Pro 2000 standings as a rookie, and made the step up to Indy Lights in 2022.

Driving for TJ Speed Motorsports, as he did in FRA, the 17-year-old is currently eighth in the standings after finishing fifth last time out at Barber Motorsports Park.

According to Ganassi’s announcement, the deal will see them provide “driver mentorship, race strategy and engineering support for his No. 21 TJ Speed Motorsports Honda team.”

“We are always interested in bringing in talented individuals who can contribute to the success of our team,” said Mike Hull, managing director at Chip Ganassi Racing.

“Kyffin has impressed us with his driving abilities, especially at such a young age, and we wanted to find a path toward bringing him into the Ganassi family.”

Simpson, the youngest driver in Indy Lights this season, is thrilled with the development.

“This is a dream come true,” said the Cayman Islands native.

“I’m incredibly grateful for the support from Chip, Mike Hull and the whole CGR team.

“This is a huge opportunity, and I’m going to make the most of it.

“My ambition has always been to race with a championship-winning IndyCar team, and I’m now taking a major step toward that goal.”

Ganassi leads the IndyCar Series courtesy of Spaniard Alex Palou ahead of the fifth event of the season, this weekend on the road course at Indianapolis.

Its programme will then swell to five entries for the Indianapolis 500, with Tony Kanaan joining Palou, 2008 race winner Scott Dixon, Marcus Ericsson, and Jimmie Johnson in the squad.

Practice 1 for the Grand Prix of Indianapolis starts on Friday night at 23:30 AEST, while Stan Sport’s live and ad-free coverage kicks in with Practice 2 on Saturday from 02:45 AEST.