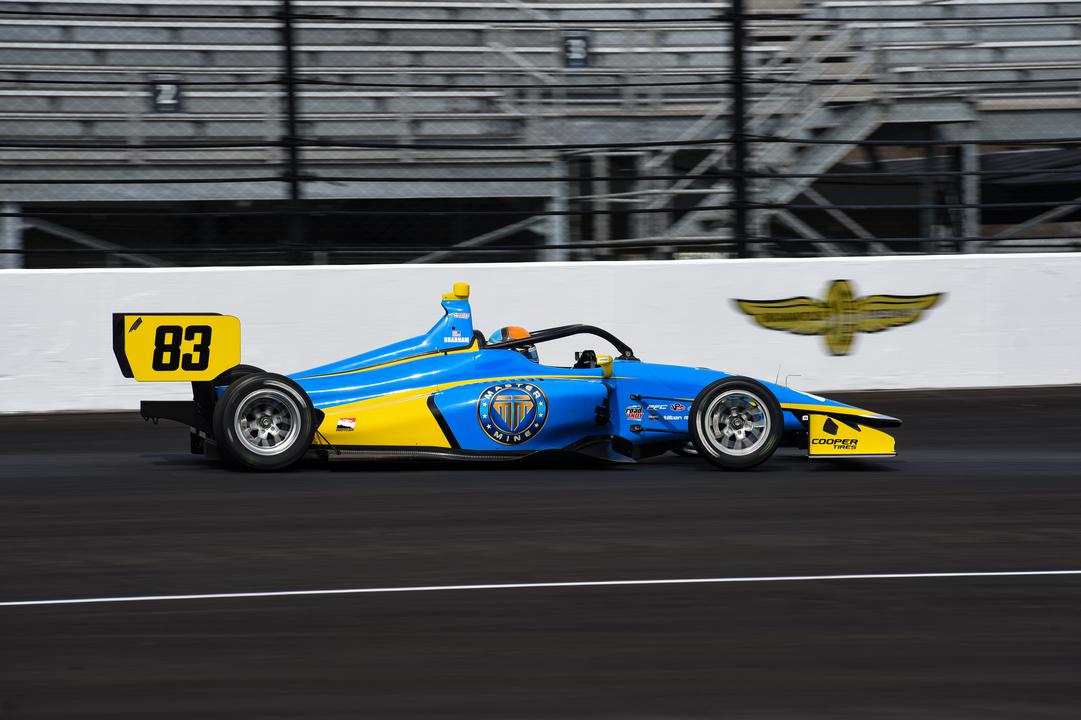 Matt Brabham has set himself a simple goal for this weekend’s Indy Lights double-header at the Grand Prix of Indianapolis.

While talk of consistency and collecting points is often the way, the 28-year-old has declared that he has eyes only on race wins.

Brabham already has one of those this season, when he prevailed on the streets of St Petersburg, but he dropped to third in the standings when he was turned around in the most recent encounter by Andretti Autosport team-mate Hunter McElrea.

The Australian has a clear idea as to how he will have to set about trying to make up the gap to Linus Lundqvist and Benjamin Pedersen.

“The goal is to win,” he stated ahead of Races 3 and 4 of the season on the Brickyard’s infield road course.

“Winning, with the championship points the way they are is going to be the key.

“I’ve had the race pace, I’ve just got to qualify. The goal is to get a good qualifying in on Friday and set it up for both races and hold as many championship points as I can.

“With two races this weekend, it’ll be big for the championship.”

To Brabham’s point, he has only qualified sixth and ninth in the two such sessions so far this year.

A recent test at Road America has boosted his confidence ahead of the Indianapolis races.

“My big weak point has been qualifying still and I’ve been able to race so well,” said the 2016 Indianapolis 500 starter.

“I was fast at St Pete[rsburg] and fast at Barber.

“There’s a lot of history there and there’s a lot of cool factors; the history of me getting my first Indy Lights win which was at the road course at IMS, plus the history with the Indy 500 and the 100th running and being a part of that with Pirtek Team Murray.

“The whole month of May is great and with this being basically a home race, it makes it that little bit more special,” he added.

“I’ll be driving from home to the track each day and I can’t wait.”

Practice, Qualifying, and Race 1 of the weekend take place tomorrow morning (AEST), with Race 2 on the following morning.