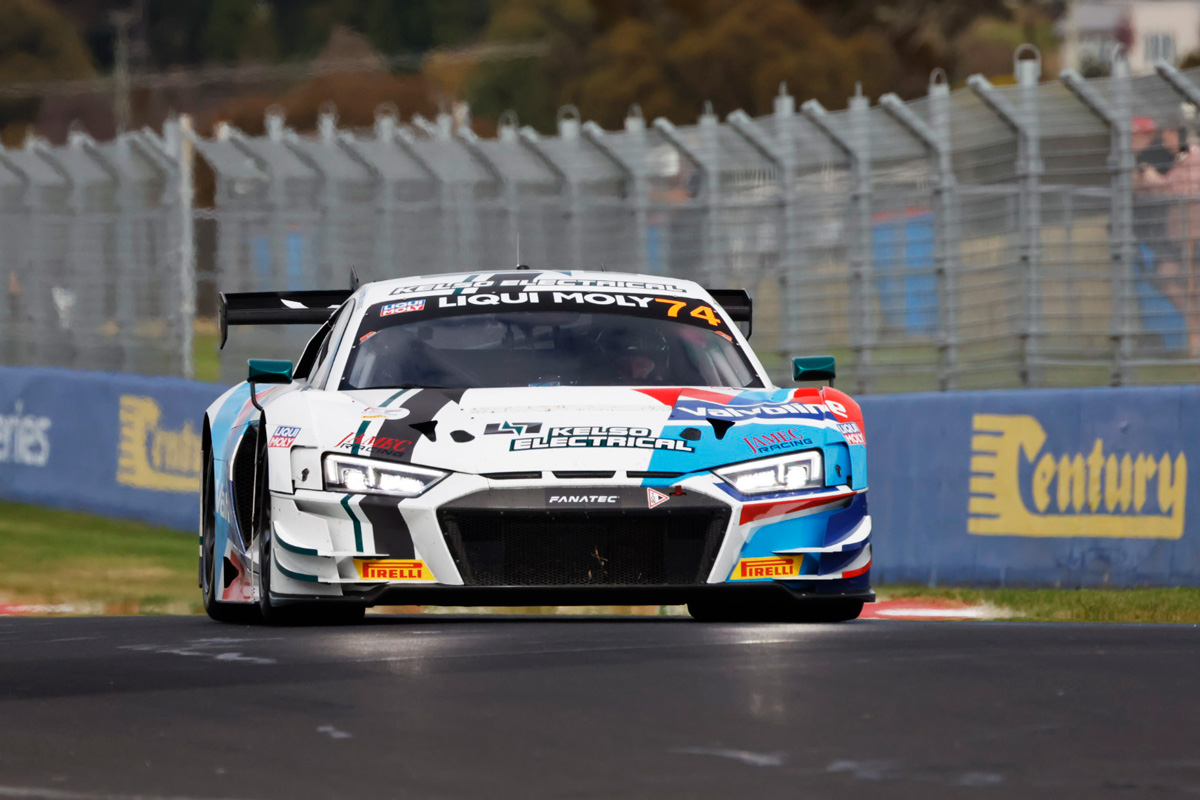 After most of the pro drivers turned laps in the opening hit-out Practice 2 saw the Bronze-rated drivers venture out on track for 30 minutes of running.

Despite a morning shower, the track was relatively dry by the end of the Am-driver session with the sun peeking through the clouds.

Schumacher, driving the #74 Audi Sport Team Valvoline entry, bettered his own early effort lowering the benchmark to a 2:06.580s with five minutes remaining.

That would not be beaten with a late red flag cutting the session short when the #50 KTM X-Bow GT2 reportedly stopped out on track at The Chase before returning to the pit lane.

Yasser Shahin in the sister #777 Audi, who initially traded best times with Schumacher, finished the encounter second when the red flag came out.

Liam Talbot took the #65 Coinspot to third in the final 10 minutes but was a full second off Schumacher’s session-topping effort.

The #75 SunEnergy1 Racing Mercedes-AMG GT3 of Martin Konrad, and Tony Bates at the wheel of the #24 Audi R8 LMS GT3 Evo II, rounded out the top five.

Schumacher’s best time as an Am driver was two seconds off the pro-rated Ricardo Feller in Practice 1.

The Bathurst 12 Hour field will be back out on track for Practice 3 at 15:15 local time/AEST.