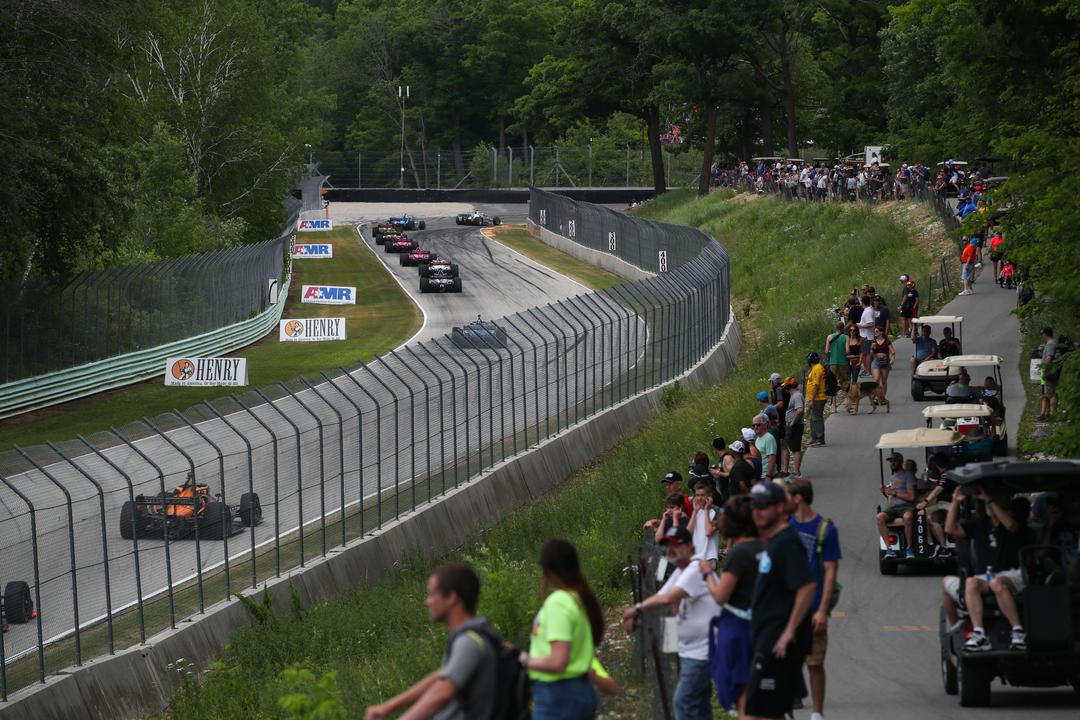 Sebastian Vettel has been offered a drive of an IndyCar at Road America should the German be interested.

Rahal senior is part owner of the Rahal Letterman Lanigan Racing squad which fields three cars in America’s domestic open-wheel series, including one for his son.

Speaking ahead of last weekend’s Formula 1 Miami Grand Prix, Vettel singled out Road America as a venue he’d like to sample.

“The US has fantastic race circuits with incredible history,” he said.

“The circuit here [Miami] is very different interests. Racing in the cities is exciting because people are already there, you don’t need to excite the people because in the first place they’re already close.

“But certainly from a racing or driving point of view, I think racing, and I think Indianapolis is a bit of a half-half race track.

His comments came after being asked whether Indianapolis Motor Speedway was a better fit for F1 given its history.

Officially, the Indianapolis 500 was part of the world championship from 1950 to 1960, though most historians do not count it those events as part of F1 history.

The venue returned in 2000 using part of the oval and a new infield section, a modified version of which has continued to be used for IndyCar racing in recent years.

However, F1 left the Brickyard following the 2007 race, the event having never recovered following the controversial 2005 race which saw just six cars take the start.

Something of a traditionalist when it comes to the sport, Vettel suggested there were other venues in the United States he’d like to sample.

“Certainly for the money that was spent to build [Miami International Autodrome] could have easily brought the standard up in great places, like Road America.

“And from a driving point of view, I think that would be a lot more thrilling.

“From a fan point of view, I think that’s difficult for me to judge because the last time I sat in the grandstand to watch a race was in 2001.

“Every fan is different, so I guess it’s more for the fans in a way to decide, but certainly from a racing and driving thrill, I’d love to go to proper tracks.”

Formula 1 has previously visited Riverside, Sebring, and Watkins Glen in the United States, as well as a raft of street circuits including Long Beach, Detroit, Dallas, even the car park in Caesars Palace, among others.

The sport will return to Las Vegas next year in November on an all-new street circuit that will include part of the city’s famed Strip.

Speaking to reporters in Miami, and told about Rahal’s offer, Vettel stated “I need to have a look! But it’s a great track, so let’s see.”