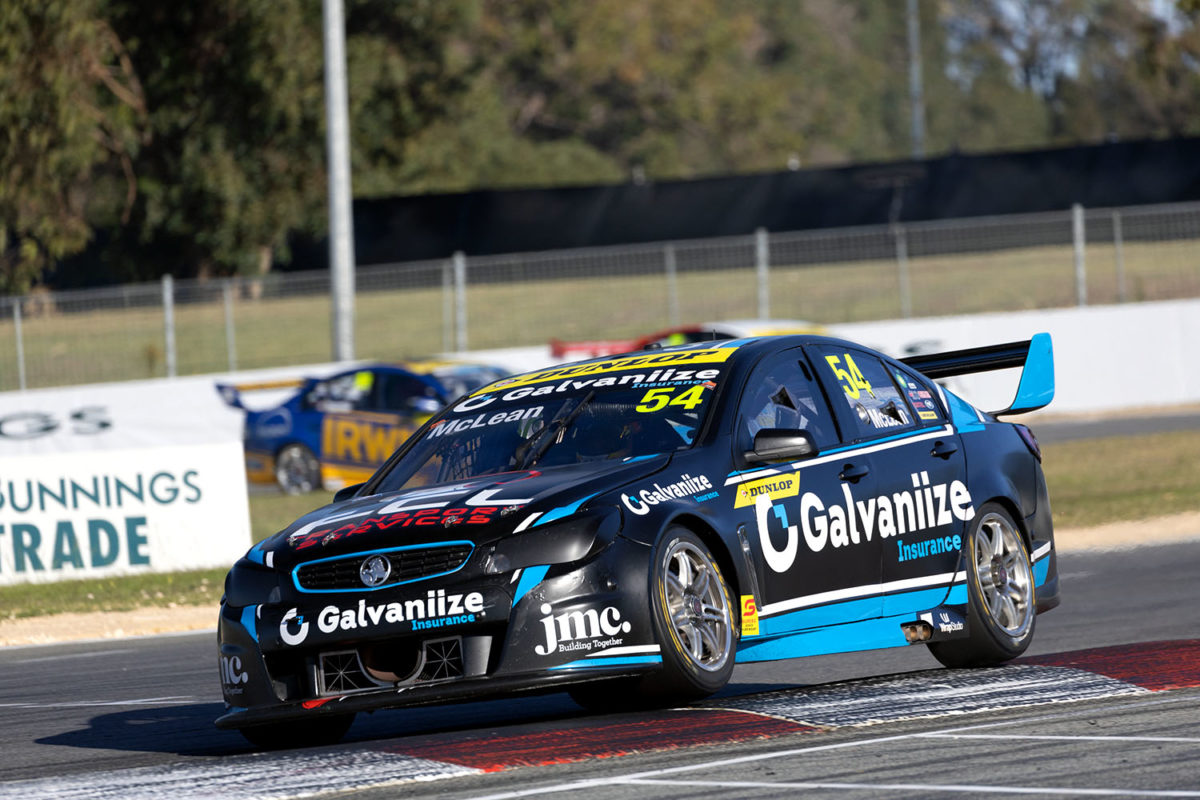 Matt McLean is confident that he and Eggleston Motorsport have figured out a solution after a qualifying struggle in Round 2 of the Dunlop Super2 Series at Wanneroo.

McLean finished fourth in Race 1 and ninth in Race 2 in the west, with those results perfectly correlated with where he qualified.

He was fourth-fastest in the session which set the starting positions for the first of those encounters, then put the #54 VF Commodore ninth on the grid for the latter.

The karting champion put the contrasting performances down to being caught out by the changing nature of the circuit over the course of the weekend, something which he says he and the team have learnt from.

“Unfortunately, when we put the new tyres on it, it felt like we had no grip and that followed through to the race as well, so it was very much a matter of just finishing where I qualified, which was ninth.

“I think we’ve sort of addressed what that could have been, and I don’t think it’ll be an issue again, which is good.

“It’s just about following the track progression as the week goes on and the main game rubber gets laid down, and staying on top of the set-up.”

The 25-year-old was frank in his rookie, 2021 season about his own struggles with getting the most out of a green tyre in qualifying, but pointed to results since that mid-year admission as proof that has also been fixed.

“I definitely feel we’ve addressed any of the qualifying issues we had last year,” declared McLean.

“We demonstrated that at Bathurst last year when we were third in that second qualifying session which unfortunately didn’t stand but we were only sort of half a tenth off pole at that point.

“So, we showed that then, and then at Perth as well, we qualified fourth in that first session and that was with an error coming onto the straight.

“I hit the kerb and got airborne and it was still good enough to get fourth, so I have no doubts that lap could have been pole.

“So as a driver, I’m well and truly confident in my abilities to feel the green tyre under me.”

After a bruising opening round at a wet Sydney Motorsport Park, McLean finished fifth for the weekend overall in Perth, and moved up to 10th in the series.

He believes he can still launch a title challenge from there, with four rounds left in the campaign.

“We did make up a bunch of points at Perth still, which is great,” he noted.

“We’ve lost an overall margin to the lead but we did pick up on pretty much all of the other drivers, which is great, so I don’t think it’s out of the question in terms of getting the [series] win, as long as you have a good, clean run.

“We’ve seen in Super2 that even if you’re not winning races – which I plan to – you can still have a good result in the series.”