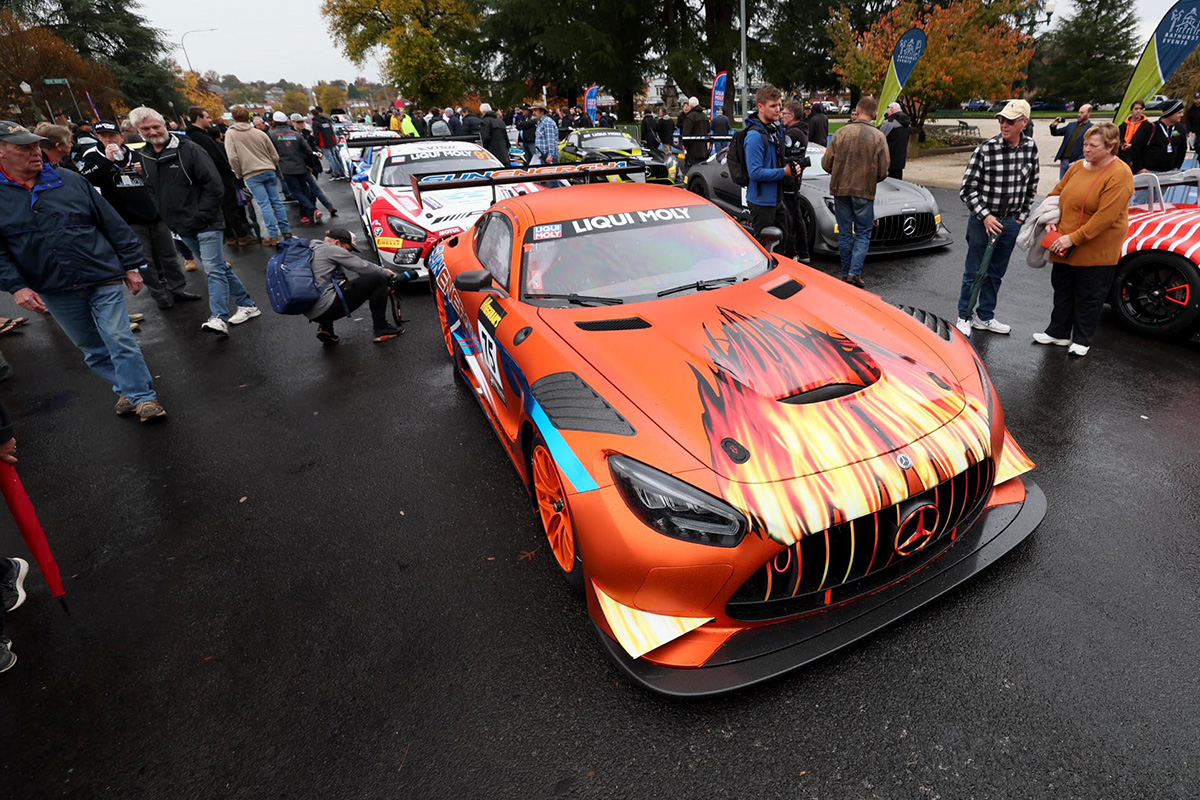 The SunEnergy1 Mercedes at the Town to Track parade. Picture: Mark Horsburgh

Roland Dane has been enlisted to manage the SunEnergy1 Racing Mercedes-AMG GT3 at this weekend’s Liqui Moly Bathurst 12 Hour.

Kenny Habul’s #75 SunEnergy1 car is being run by Triple Eight Race Engineering as well as the latter’s own #888 entry.

Dane will act as team manager on the car Habul is sharing with Martin Konrad, Jules Gounon and Luca Stolz.

It’s arguably Dane’s most prominent racing role since he sold his remaining shares in Triple Eight at the end of 2021.

“Bit of organisational stuff and trying to make everyone else make me look good,” Dane quipped when asked by Speedcafe.com about his responsibilities this weekend.

“Last year when it was evident what was going on [with the event postponement] then Andrew Simpson who manages the GT side of Triple Eight was talking to Kenny about helping to run his car here for him.

“It came together from then, so he sent the car over from the United States that just got here and now we’re busy prepping it for the weekend.”

On the other side of the garage, the #888 will be driven by Prince Jefri Ibrahim and Triple Eight’s Supercars full-timers Shane van Gisbergen and Broc Feeney.

“We’ve got two great driver combinations between the #888 car and the #75 car so we just have to make sure we minimise mistakes so we’re in with a shot,” Dane added.

While Triple Eight has been a Mercedes-AMG Customer Racing team for five years and has a dedicated crew to look after its GT programme, the addition of a second car has resulted in some crossover with its Supercars personnel.

Mercedes-AMG head of motorsport Stefan Wendl has also made the trip to Australia to support the local outfits.

“Yeah there’s quite a few Supercars people here this weekend in a supporting role,” Dane said of the crew.

“There’s a couple of engineers from Germany here as well and the head of motorsport for AMG, Stefan Wendl.”

Practice for the Bathurst 12 Hour kicks off on Friday with the opening session scheduled for 10:05 local time/AEST.