Whincup expects to be reeled in by non-homologation teams

Whincup expects to be reeled in by non-homologation teams 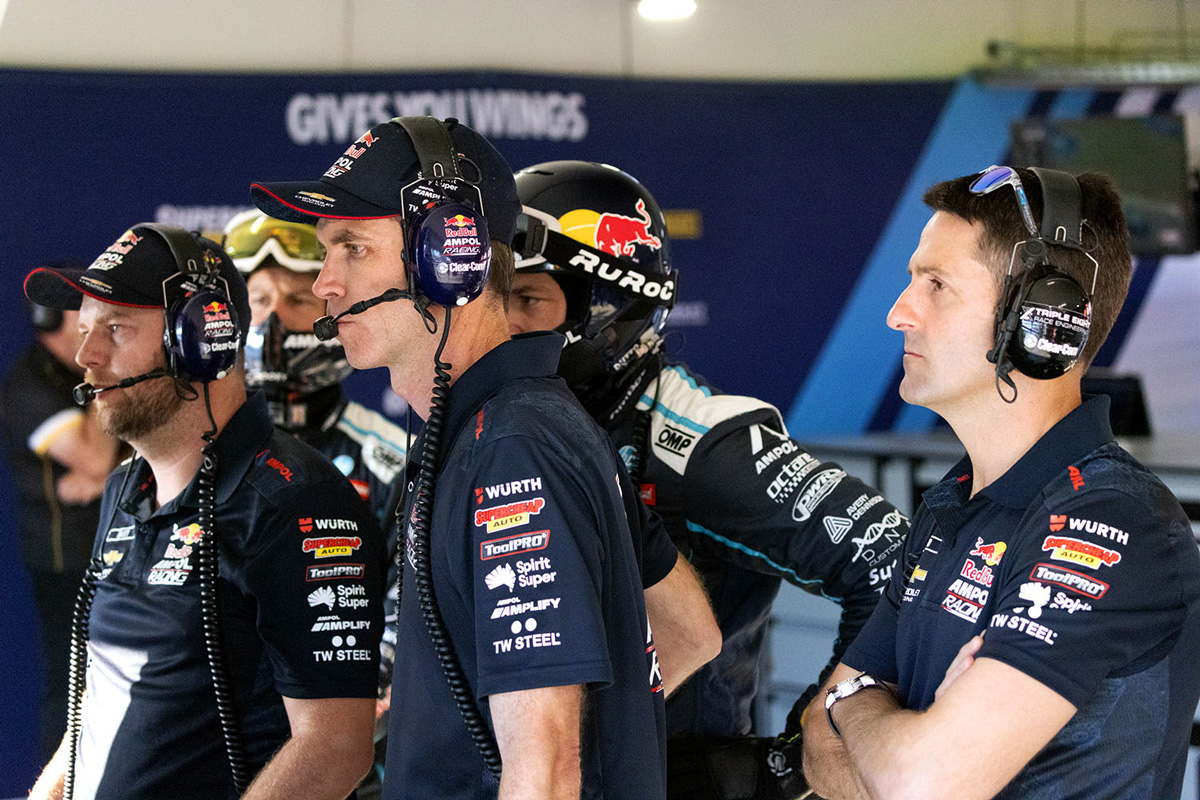 Jamie Whincup predicts Gen3 homologation teams Triple Eight Race Engineering and Dick Johnson Racing will fall back into the clutches of the chasing pack over the course of this Supercars season.

Collectively responsible for every Supercars championship bar one from 2008 onwards, Triple Eight and DJR again have been the leading forces this year.

DJR have been the clear pace-setters in qualifying, while Triple Eight’s Shane van Gisbergen has won two-thirds of the 12 races to date. Just 13 points separate the powerhouses in the teams’ title ladder, with no other squad within 400 points.

However, Whincup expects that level of dominance to fade in the coming months.

“Eighty percent of our effort, if not more, is going into Gen3 and getting those cars ready,” the successor to Roland Dane told Speedcafe.com.

“So, of course, if you’re not a homologation team, which is garage three onwards, then you’re just full steam into Gen2 still.

“You might have someone piecing together your Gen3 package but the engineers at the moment would be trying to make your Gen2 cars go faster, apart from the two homologation teams which are completely the opposite.

“So we have got to be careful; no doubt the rest of pit lane will catch up a lot this year while they just focus on Gen2, but that’s part of the fun of being a homologation team.

“We’re proud to be GM[General Motors]’s homologation team, and hopefully they can show us some support for a long time to come.”

Tickford Racing CEO Tim Edwards, whose outfit holds third in the teams’ standings, is not so convinced that Whincup’s prophecy will play out.

“The reality is, the people that are engineering the cars, Andrew Edwards and people like that, they’re not focusing on Gen3. You never hear their names mentioned at all,” he said.

“I think we have all got race engineers focused on racing the cars we have got, so yeah, I don’t think that’s the case.”

Winton Motor Raceway hosts Round 5 of the 2022 Repco Supercars Championship across May 21-22.

The Adelaide 500 on December 1-4 is slated to be the last event of Supercars’ Gen2 era, before the Gen3 Camaro and Mustang make their race debuts at the 2023 Newcastle season-opener.