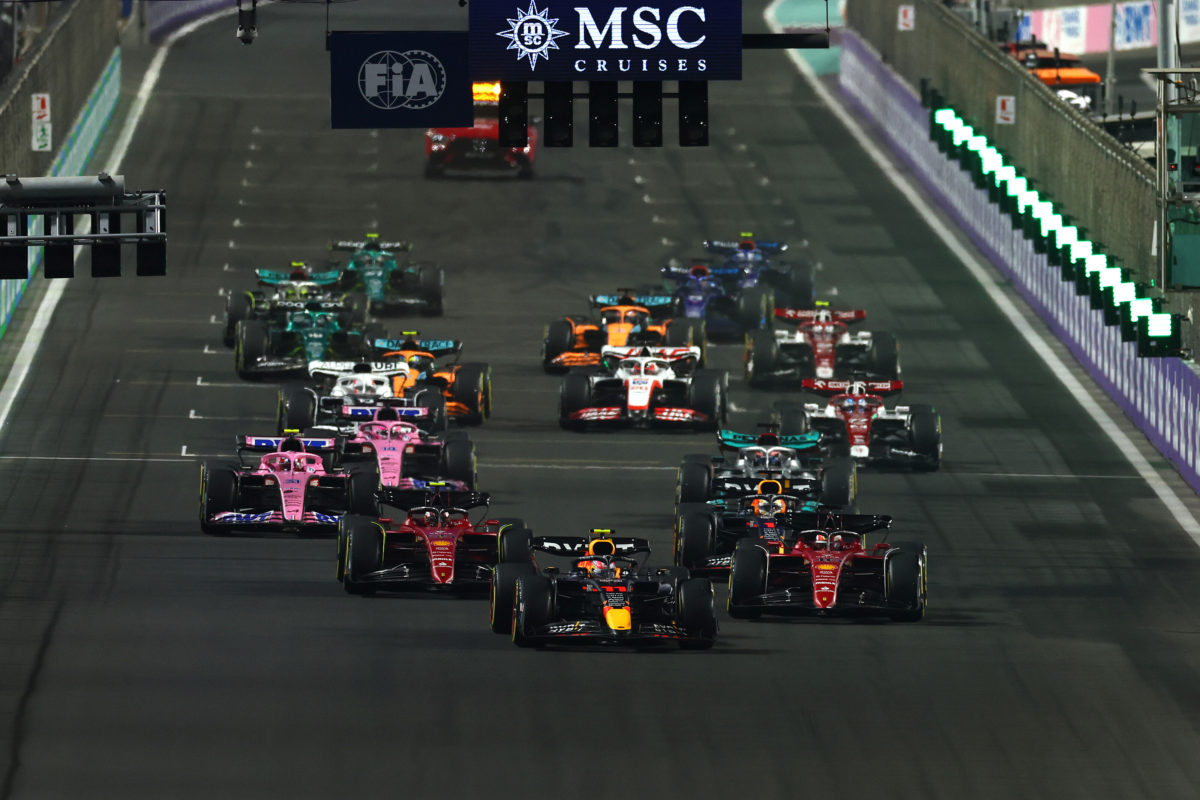 Michael Andretti’s efforts to join the Formula 1 grid as soon as 2024 look to be being blocked by protective rival teams.

Andretti has made no secret in his desire to compete at the pinnacle of world motorsport, having tried to buy Sauber last year.

With that deal having collapsed over specifics regarding how the business would be controlled going forward, the ex-McLaren racer has turned his attentions to starting a new team.

Officially, F1 has capacity for more than just the 10 teams which currently compete, though they are commercially disincentivised to welcome a new addition.

That’s because of commercial deals that underpin their own participation, and the guarantee of a certain percentage of the sport’s prize money.

Currently, that is divided 10 ways. A newcomer would see that pie cut into 11 pieces – meaning each of the exiting operators takes a 10 percent smaller chunk.

On top of that comes the prospect of a team that could rival them on track, pushing them down the order and therefore further reducing what prize funds they already get.

In short, Andretti must find a way to overcome teams’ commercial self-interests.

It’s not an insurmountable task, but does rely on demonstrating the new team can grow the sport commercially, to the benefit of all.

“I’m sure that if we have a true American team, with an American driver, that would be very beneficial,” suggested Mercedes’ Toto Wolff, who owns a third stake in that team.

“But we have 10 entries today, we divide the prize fund among those 10 entries.

“We have invested considerable amounts over the last 10 years, I mean each of the organisations that sit in here on the podium has probably put more than a billion [dollars] into their Formula 1 projects over the years.

“If a team comes in, how can you demonstrate that you’re bringing in more money?

“Then it’s actually costing because an 11th team means a 10 percent dilution for everybody else.

“If one is able to demonstrate that, then we should all be sitting on the table and cheer for such an entry, but that hasn’t been demonstrated yet.

“And that may sound a bit dry, because it comes down to the numbers, but the value of Formula 1 is that it’s a limited amount of franchises, and we don’t want to dilute that value by just adding teams.”

According to Mario Andretti, his son has already signed a deal with Renault for power units should its efforts prove successful.

Yet even there, Alpine (a subsidiary of Renault) boss Laurent Rossi is offering no favours.

“It goes along with the expansion in the US, I think that will contribute to the show, an American team would directly generate, I guess, interested in the US,” he said.

“And therefore revenue, then we need to demonstrate that it’s enough to compensate for the dilution that Toto was mentioning.

“Gut feeling, I think it would, but let’s do the job properly and we’ll see.”

That is, at its essence, the crux of the issue with rivals broadly open to the idea of another team but not at the expense of their own slice of the commercial pie.

McLaren’s Zak Brown, who is in business with Andretti on other projects, took a pragmatic position when he was asked about the situation.

“Obviously, the Andretti name has a huge history in Formula 1, in various forms of motorsport, and I think would add a lot of value,” he opined.

“As long as it’s a team that helps build the sport, unlike some of the other entries that we’ve seen, over the years that have come and gone in a year or two or three… I think we can’t accept teams like that.

“But a very credible racing team with a credible brand with the right resources, I think is additive to the sport, and that appears to be what Michael has put together.

“On that basis, we are supportive.”

Those comments came in an FIA press conference a day after he faced the media which pried at the prospect of Andretti joining the grid.

“The pushback from some teams has been more of a fiscal pushback because ultimately they chew into the prize fund,” he said in that session.

“They have to write a pretty significant cheque on the front end, which means the dilution of the money is a few years out.

“If you believe they’re additive to the sport, I think they’ll put more in through helping build the sport, maybe an increased television contract in America, more sponsorship, that would, by the time the dilution kicked in, they would have helped contribute to more growth.

“So I think we have a very long-term view on these things that, economically, I think things would be okay.

The concern among teams is that there is no guarantee that, should Andretti gain a berth, that it would bring more money into the sport to offset what it would effectively take from its rivals.

“What that essentially does, it puts an intrinsic value, or minimum value, on any entrant from P10,” explained Christian Horner of the €200 million anti-dilution fund payable by new teams.

“But I think that you’ve got to look longer term [view].

“It’s the first time in memory that we’ve got 10 healthy franchises, 10 healthy teams.

“There was always a team, the last couple of teams will always be fighting to survive, whereas now they’re in a position where they can actually plan for the future, they can look forward rather than just being in the present.

“The 200 million is a significant amount of money but in this business, when you divide it by the participants, it doesn’t go a long way.

“And it’s a one shot. It’s not 200 million every year, so at the end of the day a conversation like this will always come down to economics, frankly.”

Underpinning the sport’s current commercial structures is the latest variant of the Concorde Agreement, a contract between the existing the teams and Liberty Media in which various incentives are guaranteed in exchange for ongoing participation.

Prior to its inception it was not uncommon for teams to negotiate their own starting fee with event promoters, with some rather more successful at it than others.

As a result some events attracted a stronger entry list than others, and the competition became disjointed in terms of participation outside of the very top teams.

With the Concorde Agreement in place, the commercial rights holder had more bargaining power when it came to event promoters, being able to deliver a full grid of cars at each and every event – something which did not always happen prior to that point.

It saw the value and profitability of the sport soar with ever higher race promotion fees, television and other contracts, much of which filtered down the teams (and a notable percentage to Bernie Ecclestone).

Under Liberty’s stewardship, some of the complication has been stripped away, and the unbalanced payments restructured such that there is less disparity between the front and back end of the grid.

However, it also stipulates that the prize pool is divided among the existing teams (of which there are 10), rather than the top 10 as it previously did.

It’s a subtle change but one that incentivises teams to block entry to any newcomers.

“Ultimately, I see a question really for the promoter, that if they want more teams, they’re going to have to dilute their share of the fund,” Horner ventured.

“It would be unfair to expect the other teams to pay for the additional new entrants to come in indirectly.

“So that’s always going to be the conflict you have,” he added.

“I think it’s great that there’s interest from both OEMs [Porsche and Audi], and a brand and a team like Andretti.

“But I think it’s something that really Liberty, it’s their business model, they need to work out for the future.”

The alternative for Andretti, rather than paying the anti-dilution fee and having to convince its rivals that it will add value to the sport is simply to wait until the current Concorde Agreement expires.

In 2020 all current competitors agreed to a new deal that runs until the end of 2025, after which point new terms will likely be struck.

That could open the door, should Andretti be willing to wait it out, to enter the sport without stumping up €200 million and having its fate decided by protective rivals with a keen eye on the bottom line.

But it is also a two-year wait at a time when the value of teams is soaring thanks to growing interest and capped costs.

From a business standpoint, it could just be that sinking €200 million for the right to compete now is the better long-term game as franchises look to begin rising from the hundreds of millions towards the billions.

That is a harder game to play, but one that seemingly comes with greater rewards.