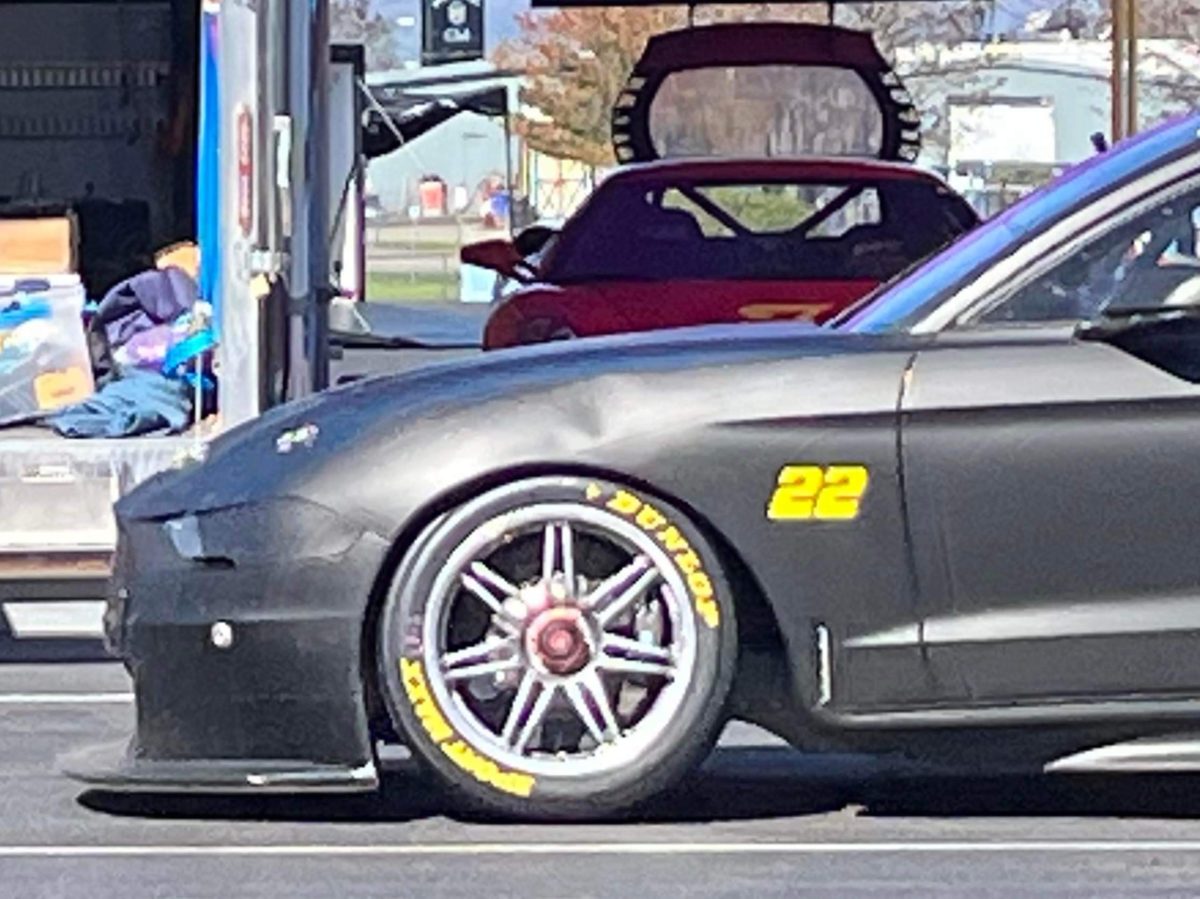 What is believed to be a Mustang Supercar at Watkins Glen

A Mustang-bodied Supercar has been spotted in testing at Watkins Glen.

Wrapped in matt black, the car is said by spies to have been driven by NASCAR steerers Joey Logano and Ryan Blaney, who share the Team Penske stable. 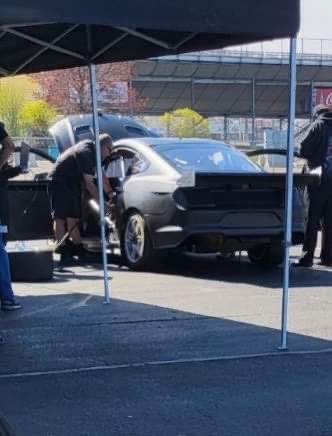 While the new-for-2022 Cup Series NASCARs bear a far closer resemblance to their road-going counterparts, the vehicle in question is identifiable as a Supercar given features such as its drop-nose and the position of the front axle/wheels.

Notwithstanding that a different rear spoiler has been attached, the angle of the tail lights is another giveaway, while the Dunlop tyres match what Supercars uses.

Exactly how and why the test came to be is not known for sure, although it could have been a means of getting extra testing time on a road course in a vehicle which is somewhat similar to what a modern NASCAR has become.

The Next Gen ruleset which took effect this year includes a transaxle, 18-inch wheels, and sequential shift, all of which were already part of Supercars.

That Team Penske drivers were apparently behind the wheel, something hinted at by Logano’s #22 decal on the side of the car, is also significant.

A Falcon built by Dick Johnson Racing was sent to the United States in 2015 as part of a Penske fact-finding exercise after it bought into the team.

The idea was that the North American outfit might start building chassis in its Mooresville facility, although a rule clarification about constructing cars in Australia ultimately put paid to that idea.

As well as serving as a display vehicle, it was used for demonstration runs by Ryan Briscoe at VIRginia International Raceway in 2019 and Ford Motor Company CEO Jim Farley at last year’s Goodwood Festival of Speed.

That vehicle had to have its front undertray and rear wing gurney removed for Supercars to approve the display car project.

At the time of publication, Team Penske had not responded to Speedcafe.com’s enquiries about the outing.