How Kostecki cousins made up after Perth clash

How Kostecki cousins made up after Perth clash 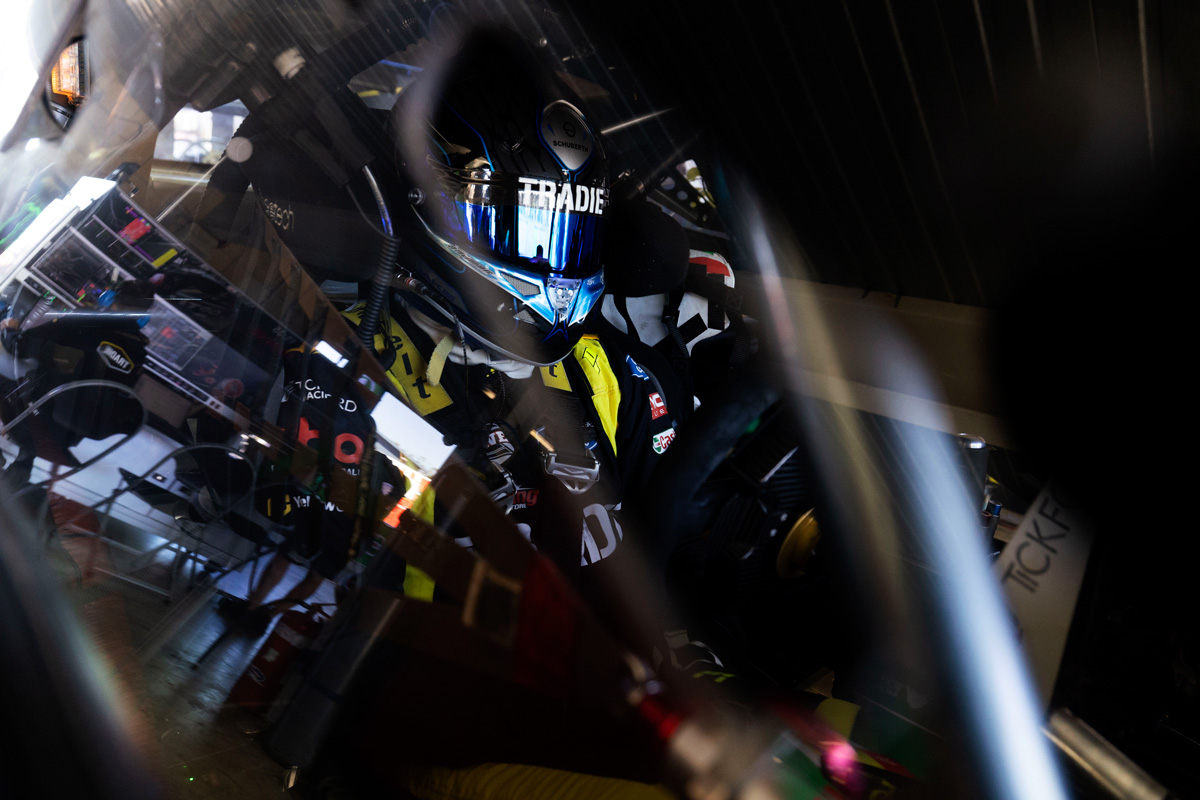 Jake Kostecki has made light of his intra-family clash at the Perth SuperNight, when he was taken out by cousin Brodie in Race 12.

Jake, in his first season at Tickford Racing, was enjoying the best day of his Repco Supercars Championship career as he qualified third and ninth, and was on track to convert that into a pair of top 10 finishes.

However, he was dealt a slightly early end to the event finale when an ambitious divebomb from Brodie on the penultimate lap saw the #99 Erebus Motorsport Commodore inadvertently clatter into Jake’s #56 Tradie Mustang, leaving the latter beached.

Jake wasted little time in voicing his frustration, while Brodie was quickly apologetic.

“He bought me dinner a few times,” Jake told Speedcafe.com of how he’d since been made up to.

“I have probably got a couple of free passes on him on-track too, I reckon!

“He was really apologetic and pretty upset with himself but then again we’re race car drivers, that’s what we’re here to do,” he added.

“We’re meant to make good moves, which for him, he has pulled off some good moves in the past which have actually got him on the podium, like Bathurst for example.

“This one obviously didn’t pay off and even worse he hit me, so that’s pretty shit, but you can’t really knock the man down too much.”

What does hurt the 22-year-old though is the hit he’s taken in the championship standings.

“For that weekend, if we finished where we were, eighth or ninth in that last race, we probably would have been up there for the points on the weekend,” he said.

“I lost 60 points there. I know it’s at the back of the championship but I still would have popped up to 17th instead of 24th, and I want to be inside the top 15 by the end of the year.

“I would have been on my way. I guess there’s only one winner but it’s still nice to get points.”

Contrary to the bulk of Victorian-based teams, Tickford opted not to test at Winton Motor Raceway on Tuesday – save for a rookie day utilised by Thomas Randle – meaning it still has two days remaining in its allocation.

Winton also hosts Round 5, on May 21-22, and the younger Kostecki is optimistic that more positive results are within reach.

“Even the last few rounds, I’ve shown good speed in random sessions and it hasn’t [translated] to points, but it has all been leading up to Perth to get results like that,” he said.

“And then Perth we were just showing good pace in a lot of the sessions so I know it is there, it just took a few rounds to work out.”