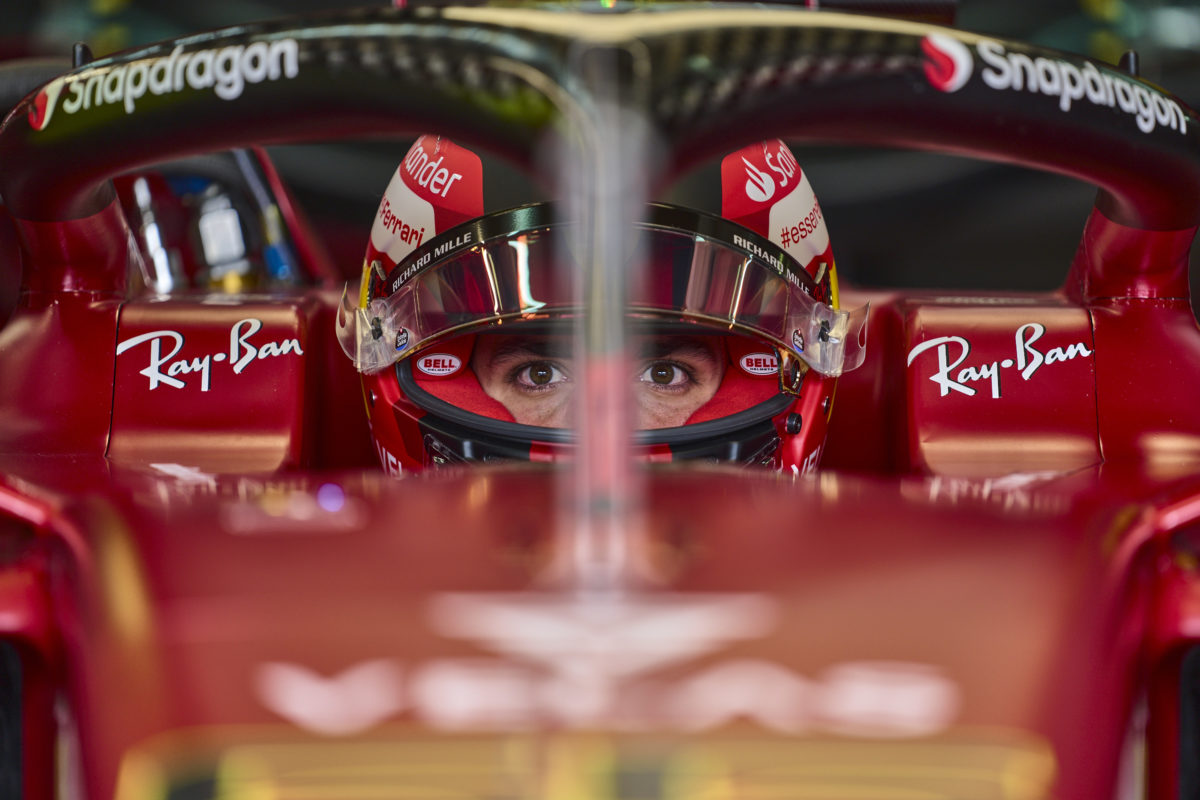 Ferrari’s rivals are satisfied that the Scuderia did not break any rules while performing Formula 1 tyre testing for Pirelli earlier this month.

Strict regulations govern how and when teams are allowed to run their cars, with an official tyre test one allowable outing.

However, teams are not permitted to use the track time for their own gains, with limitations around changes they can make and the specification of parts they’re allowed to use.

Teams must field cars in a specification that has previously been used on track, be it over a grand prix weekend or test, without changing the set-up (unless approved) during the day.

This is designed to prevent teams abusing the tyre test in the pursuit of their own performance gains.

Heading into last weekend’s Miami Grand Prix, there were questions being asked as to whether Ferrari had adhered to that regulation.

During the test, the F1-75 fielded by the Italian team sported two different floor variations.

It’s understood one team referred the matter to the FIA for clarification, with others taking a keen watching brief.

“Ultimately it’s up to the FIA to police, because the understanding of the regulations regarding tyre testing is you have to run in a fixed format of car specification,” said Red Bull’s Christian Horner.

“If you need to replace a part, it can only be to an older specification of part that’s previously run.

“I think the excitement about the Ferrari floor was it appeared to have… it was certainly different between the morning and the afternoon and appeared to have some new components.

“The FIA have subsequently confirmed that Ferrari ran that floor in pre-season testing, so therefore it complies.”

Referring matters to the FIA for clarification is commonplace in F1 as teams continually look for ambiguity in the regulations, and to exploit any loopholes they present.

New regulations this year have left teams scrambling to gather data with which to understand their cars, with that knowledge proving a distinct competitive advantage at the dawn of the sport’s current era.

“It’s for the FIA to do that police work and due diligence,” Horner added.

“What we certainly want to avoid is, because these cars are so immature, it’s still very early in their development stage, that tyre tests don’t turn into aerodynamic or performance development tests.

“That is not the purpose of those tests.”

Rival team bosses agreed with Horner, that it was the role of the FIA to ensure all teams were in compliance with the regulations.

“What’s important is that we do have total trust in the FIA to police the sport, whether it’s a test or a race weekend, but then we also need total transparency,” said McLaren’s Zak Brown.

“It’s been suggested, or so I’ve heard, that maybe it was on older floor, maybe that was the case.

“But I think what’s important is if that’s the case, demonstrate that to the teams, just give us confidence that it’s being police appropriately and total transparency.

“We’ve had in the past, not long ago, an engine violation a few years back, and there was a significant fine,” Brown added, referencing the secretive deal struck between Ferrari and the FIA.

“There was a significant fine, we don’t know how much, and we also don’t know exactly what was done.

“I think in today’s day and age, total transparency will help the sport understand what happened, why it happened, and what’s been done about it.”

“At the end of the day, all we need is transparency. We need to know if there was something wrong or not. That’s it.”

Ferrari currently heads the constructors’ championship with two wins from the five races thus far in 2022.

It has a six-point advantage over Red Bull at the top of the standings, while Charles Leclerc is 19 points up on Max Verstappen.