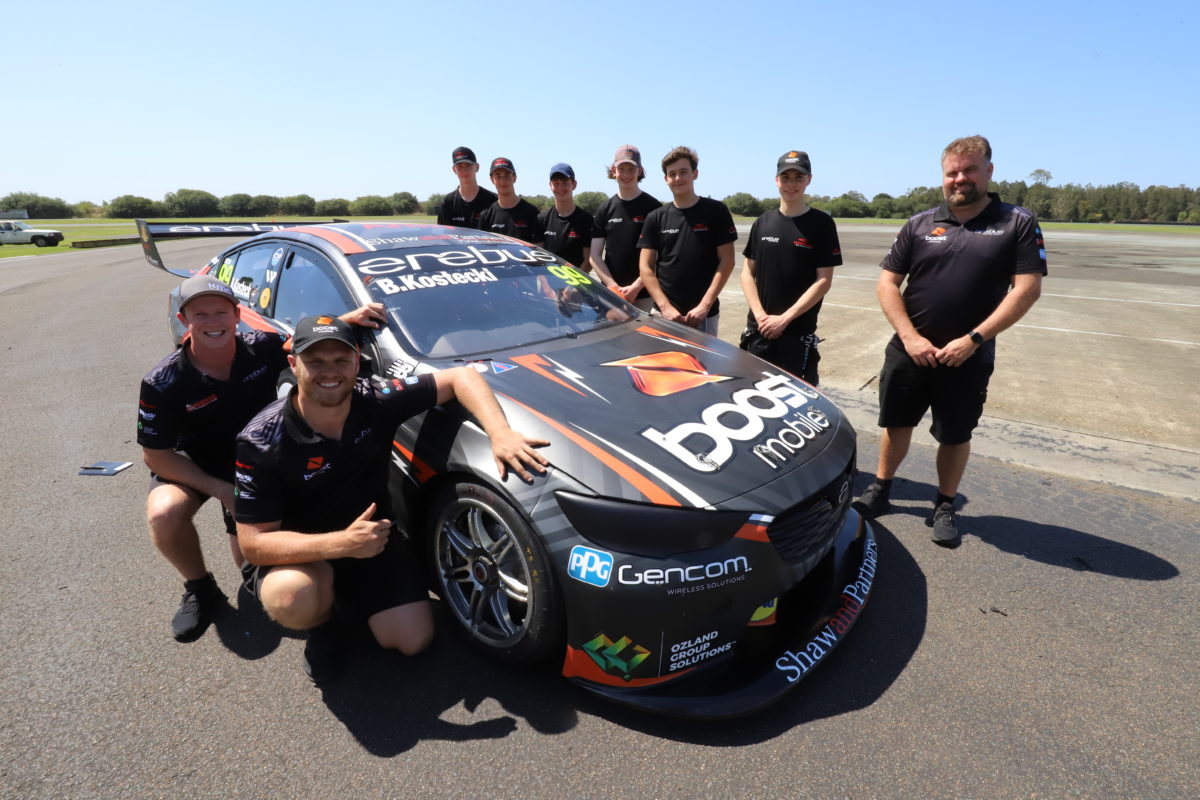 The Erebus Academy has opened up to a new intake of aspiring racers, offering the opportunity to drive one of its Supercars at Winton next month.

The initiative, dubbed ‘who’s next’, has been put together with the intent of unearthing fresh talent and providing youngsters with fundamental skills.

To be held on June 7, it will be the third of its kind which Erebus will have conducted, after starting the programme at Norwell last year.

“It’s great for the sport and gives kids an opportunity to learn the fundamentals and help them make it to where they want to be.”

The Erebus Academy is prominent across a number of levels of Australian motorsport, including with other programmes such as ‘Creating Pathways’ and ‘Karts to Cars’.

This latest initiative is designed to teach the basics of driving a Supercar, and has been announced amid preparations for Jordan Boys’ solo Repco Supercars Championship debut.

He will do so by way of an Image Racing wildcard entry which will be supported by the Erebus Academy, with events at Winton next week and The Bend in July.

Erebus also blooded Anton De Pasquale in the top tier of Supercars, and gave its incumbents Will Brown and Brodie Kostecki their first full-time gigs in the competition.

“Erebus have more than proved over the years that we are willing to give young drivers a go, we would like to continue this and find ‘who’s next’ to show what they can do in a Supercar,” added Ryan.

“Having Jordan Boys about to make his first main game start with Image Racing via the Erebus Academy makes us all proud of our program and we’re looking forward to seeing how he performs next weekend.”

Successful applicants for ‘who’s next’ will need to have met eligibility criteria to ensure they are ready to test a Supercar, and participants will foot their own costs.

Prospective applicants should send expressions of interest to the squad via [email protected] by close of business on Tuesday, May 17.

Boys’ first wildcard start will take place at the Pizza Hut Winton SuperSprint on May 21-22.

Erebus, as Boost Mobile Racing, is currently fourth in the Supercars teams’ championship.