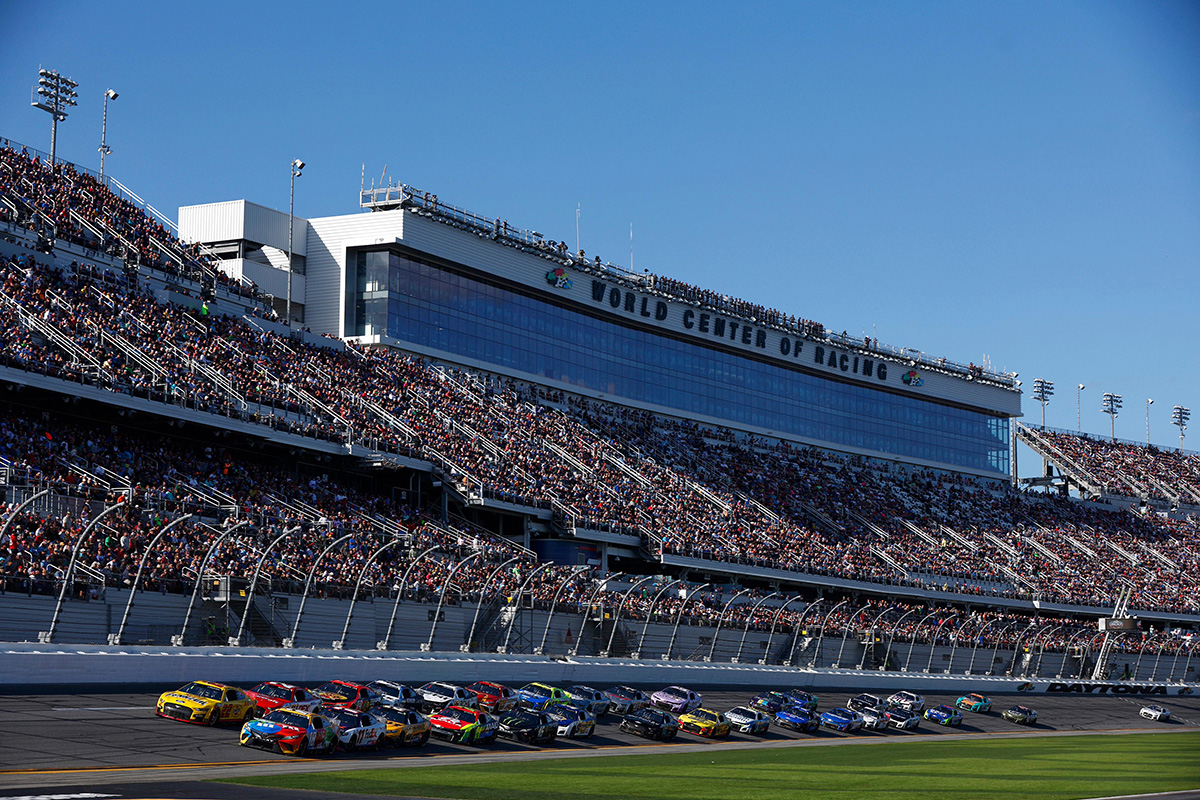 With international travel slowly opening up once again, attending world-renowned motorsport events is officially back on the cards, and may be something you want to tick off your bucket list over the next year.

Daytona, Florida is home to many exciting attractions, such as the Motorsport Hall of Fame Museum and Daytona International Speedway, which also hosts the NASCAR Racing Experience, which lets tourists ride along in a NASCAR at full speeds (300km/h) around Daytona.

Daytona has much more to offer as well, with golf courses, beachfront parks and numerous art and culture establishments.

Daytona Beach was founded in 1870, with the area officially becoming a city in 1876 after being incorporated.

In the early 1900s, Daytona Beach was becoming well known for automobile testing, which eventuated into racing, as tourists knew it as one of the most famous beaches in the world.

Motorsport enthusiasts would race their cars on the beach at top speed back in the 20s, and beach stock car racing became incredibly popular at the location.

Eventually, the beaches made way for Daytona International Speedway, which was built in 1959, and has since gone on to host NASCAR’s biggest and most coveted race each year; the Daytona 500.

NASCAR owner William ‘Bill’ France Snr was able to orchestrate the creation of this now iconic racetrack, which hosts an array of races each year, and just a little under one mile from the track is the Motorsports Hall of Fame Museum.

Founded in Michigan in 1989, the Motorsports Hall of Fame Museum permanently moved to Daytona in 2016, which hosts some iconic motorsport history.

A part of the reason this iconic museum was taken to Daytona is because it’s the venue that essentially put NASCAR on the map, as the museum is known as the place to “immortalise the immortals”.

The museum, which is on the Daytona International Speedway land, plays host to many different replicas of vehicles, from aeroplanes to stock cars, motorbikes and much more.

For specifically NASCAR enthusiasts, tourists can see a complete history of NASCAR racing, with iconic cars from stars such as Jeff Gordon, Dale Earnhardt Snr, and more including 2022 Daytona 500 winner Austin Cindric’s car.

Many who go to view the museum also end up watching a race at the great Daytona International Speedway, and in particular, one of the world’s most famous races, also known as ‘The Great American Race’, the Daytona 500.

Previously mentioned, the first Daytona 500 occurred in 1959, with Lee Petty winning in a three-wide photo finish with Johnny Beauchamp and Joe Weatherly.

Beauchamp ended up celebrating in victory lane, but three days later, NASCAR officials deciphered that Lee Petty was truly the winner of the inaugural great race.

This track is also well known to be special to the Earnhardt family, with great Dale Earnhardt passing away after a crash in the 2001 Daytona 500.

This was a crash that would change NASCAR forever, and his son Dale Earnhardt Jnr went on to make his father proud, claiming victory in the second race at Daytona later in 2001, and then winning the 2004 and 2014 Daytona 500s.

This famous circuit is home to many more winners and famous races; Jamie McMurray winning the 2010 Daytona 500, Trevor Bayne winning in 2011, as well as Jimmie Johnson, Matt Kenseth, and others, and who could forget the pair of famous finishes in 2020 and 2021, with Ryan Newman’s flip that stopped the nation in 2020, and the 2021 Daytona 500 that ended in a huge fireball, and gifting Michael McDowell his first and so far, only NASCAR victory.

Daytona is also home to many other races, including the 24 Hours of Daytona race, memorial, and sporting events, and the Coke Zero 400, which will be held in just over three months, and will close out the regular points season for NASCAR before they head into the playoffs.

The two-and-a-half-mile tri-oval, with a road course inside it is one of the most famous tracks in the world and will continue to host these iconic events for years to come.

The Coke Zero 400 will be held on the 28th of August, with the Daytona 24-hour race and the NASCAR Speedweeks kicking off early 2023.