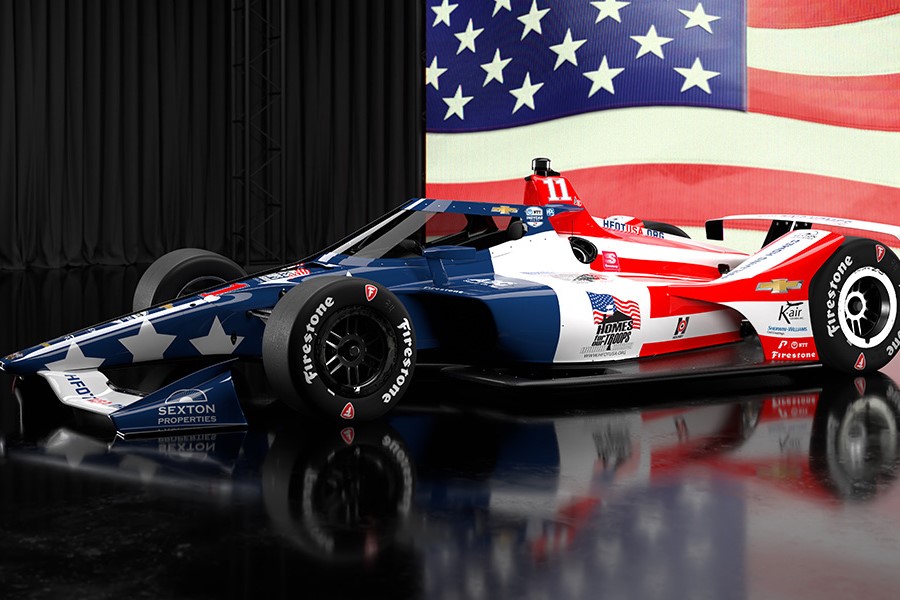 The Indianapolis 500 livery for the #11 AJ Foyt Racing entry

JR Hildebrand’s AJ Foyt Racing entry will carry a Stars and Stripes livery to raise awareness for a military veterans charity in this month’s Indianapolis 500.

The #11 Chevrolet will adopt the special look as part of an initiative by team sponsor ABC Supply, which is supporting the Homes For Our Troops (HFOT) organisation.

HFOT is a non-profit which builds and donates custom homes for severely injured post-September 11 veterans, a figure which numbers more than 330 dwellings so far.

ABC Supply will match all donations made to the organisation from Saturday, May 21 to Monday, May 30, that being the opening day of qualifying until the day after the race, up to a total of USD 1 million (approximately AUD 1.4 million).

“To support this organisation at the Speedway, bring attention to veterans and some of the challenges that they face and to highlight the things that people and organisations like Homes For Our Troops are doing to give them opportunities to better their lives is such a special thing to be able to be a part of,” said Hildebrand.

The 2011 Indianapolis 500 runner-up is contesting all of the oval races for AJ Foyt Racing this year, while Tatiana Calderon steers the #11 entry for the street and road course events.

As such, the Colombian will be in action this weekend at Indianapolis, before Hildebrand takes the wheel for practice for the 500 on Tuesday (local time).

Every IndyCar race is streamed live, ad-free, and on demand on Stan Sport.