Ricciardo had ‘moments of fun’ in tough Miami GP

Ricciardo had ‘moments of fun’ in tough Miami GP 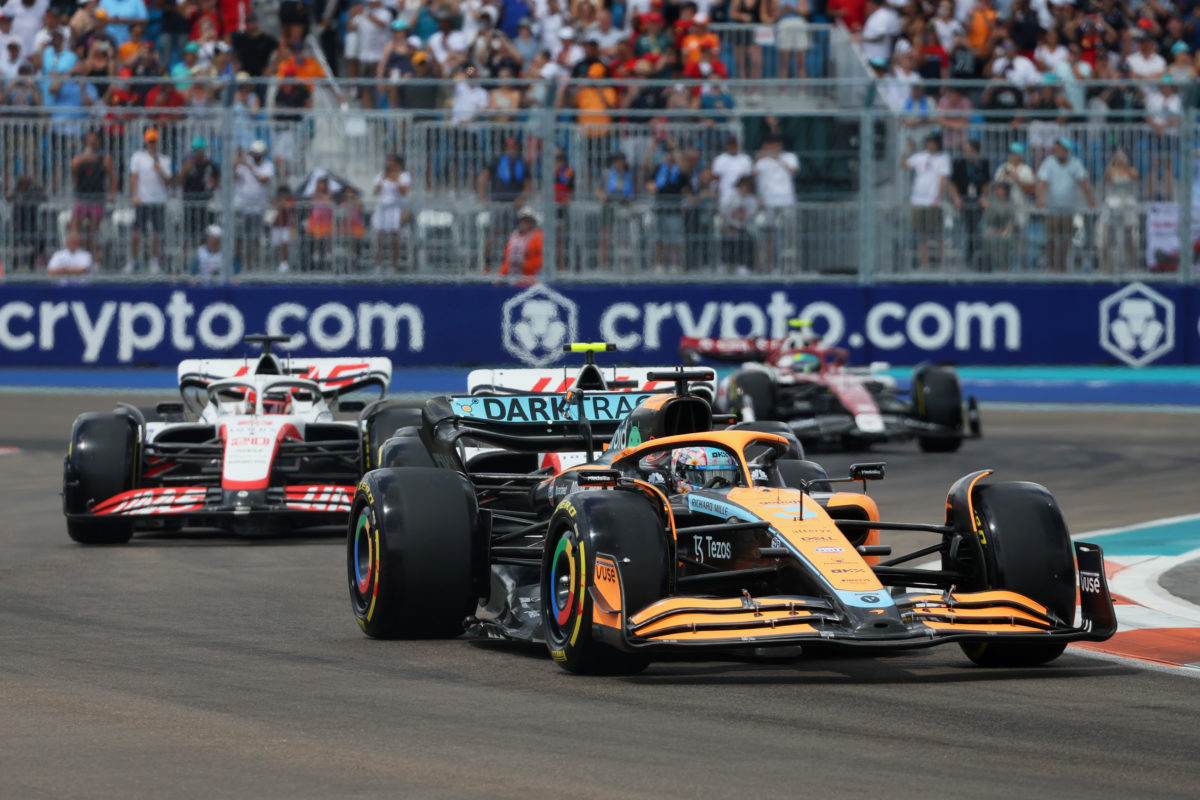 The Formula 1 Miami Grand Prix had “moments of fun” for Daniel Ricciardo as he raced to 11th at the flag on Sunday.

That became 13th after the race when he was penalised for leaving the track and gaining a lasting advantage.

He was the only McLaren driver to finish the grand prix after team-mate Lando Norris crashed out following contact with Pierre Gasly.

“There was moments of fun, but not always,” Ricciardo said of his race.

“I think there’s certainly some feedback to give. I know what I struggled with [on Sunday] and what held me back, or what I felt I couldn’t get the most out of.

“So again, plenty of feedback to the team.

“I found myself in many battles, but most the time it was defending, not really attacking,” he added.

“I felt like through some corners I was able to gain but then we were still lacking a little bit on the straights.

“Normally, but the end of the straights, [I was] finding myself in defence as opposed to attack.

“In the end, we discovered this circuit [Miami International Autodrome] probably played more to our weaknesses than our strengths, unlike the last few we’ve been to.”

McLaren’s start to the 2022 season has been inconsistent, with a difficult Bahrain Grand Prix to open the year.

That followed on from a similarly hot and cold pre-season with brake issues at the second test severely interrupting the team’s preparations.

Since Round 2, there have been signs of steady progress, and McLaren remains fourth in the constructors’ championship despite failing to score any points in Miami.

According to McLaren, that’s a result of an improved understanding of its car, having now effectively caught up the time it lost during testing in Bahrian.

The sport heads to the Spanish Grand Prix next, the Barcelona-Catalunya circuit having hosted the opening pre-season test.

Teams will look to use the event as a data gathering exercise to correlate developments based on what they learned at the venue in February, a test that was kind to McLaren.

“I think Barcelona everyone’s going to bring some form of updates, hopefully what we end up bringing will hopefully be a bit better than everyone else,” Ricciardo said.