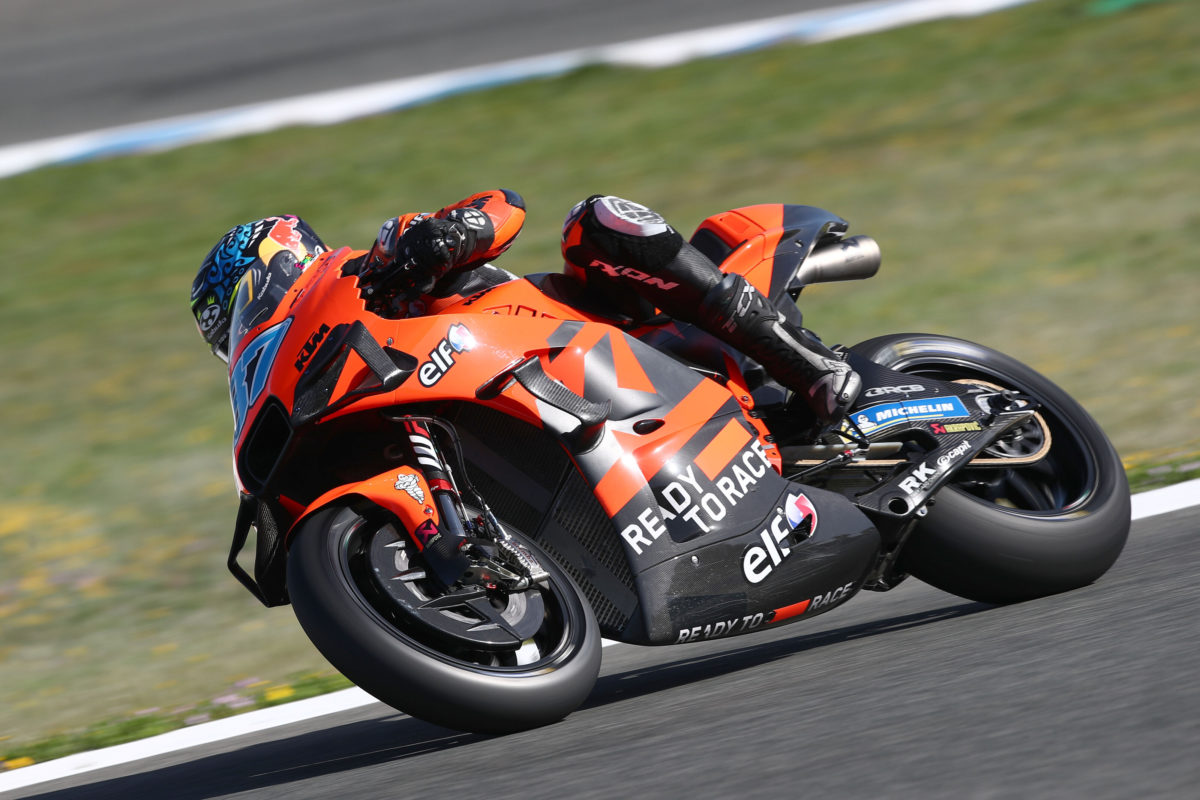 Remy Gardner is optimistic that the Le Mans layout for this weekend’s French MotoGP round will suit his KTM.

The Tech3 KTM Factory Racing rider had a tough race last time out, struggling to control his RC16 after losing a winglet in the opening corners of the Spanish Grand Prix.

The MotoGP field remained at Jerez for a test on the following day, when Tech3 finished up slightly early after a crash for Gardner.

However, he has reason to feel upbeat ahead of Round 7 of the campaign, given the nature of Le Mans’s Bugatti circuit.

“We are heading to Le Mans for the French Grand Prix with a few points to improve following the test day in Jerez,” said the 2021 Moto2 world champion.

“I am hoping that the layout will suit the bike better, so if we manage to take some steps, there is room for a good result.”

Gardner has three points to his name so far in this, his first season in the premier class, putting him 22nd in the riders’ standings.

Team-mate and 2021 intermediate class runner-up Raul Fernandez, however, is yet to score.

His cause has not been helped by missing the last two races due to the hand injury he sustained in a qualifying crash in Portugal but, according to Tech3, is expected to return this weekend after “an intense recover process”.

“Before everything, I would like to say a big thank you to all the team at Clinica Luis Banos who helped me with my hand,” said Fernandez.

“They did a great job to allow me to be ready at 100 percent for the French Grand Prix.

“I feel so much better, I am optimistic and ready to get back to racing after two weekends out.”

Team manager Herve Poncharal remarked, “After a tough Spanish Grand Prix in Jerez for the Tech3 KTM Factory Racing team, we are now all very excited to be heading to known lands in Le Mans for the French Grand Prix, our home race.

“Remy Gardner is coming from a challenging race during which he had to manage a bike with only one wing, and he provided a great effort despite the difficulty.

“Unfortunately, Raul Fernandez had to miss out on a second race due to his right hand injury sustained in Portimao.

“I am certain that both rookies will be fit and motivated for the weekend ahead of us in Le Mans.

“The Bugatti circuit offers a layout that could fit well both the KTM RC16 and the riding styles of our riders.”