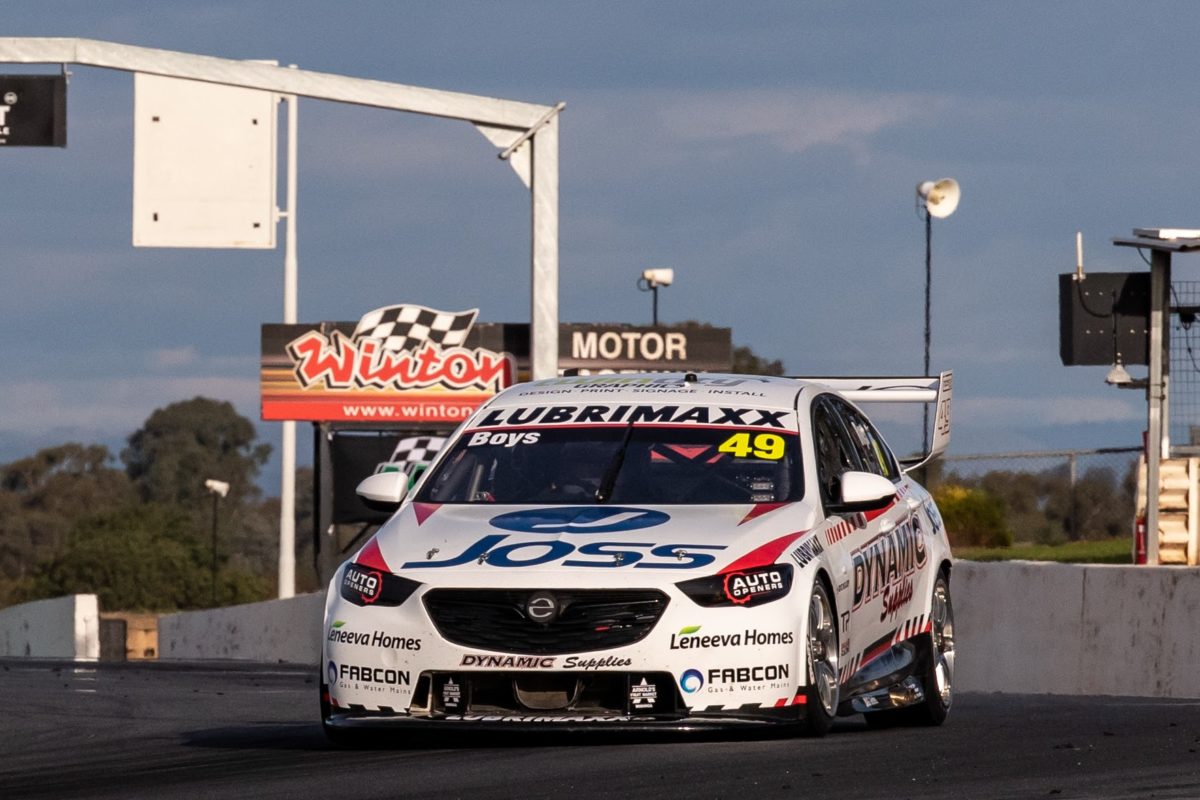 Getting his head around the shorter braking distances was Jordan Boys’ biggest challenge in his test day ahead of his wildcard appearances in the Repco Supercars Championship.

The 24-year-old will get his first solo starts in the top tier at next week’s Pizza Hit Winton SuperSprint and July’s OTR SuperSprint at The Bend, in an Image Racing-supported Erebus Motorsport ZB Commodore.

Erebus machinery is hardly new to Boys, who racked up multiple Dunlop Super2 Series race wins in one of the outfit’s VF Commodores with Image, and a ZB Commodore is not completely foreign to him either.

The Albury driver contested the 2020 Bathurst 1000 with Brad Jones Racing, and will get a second start in the Great Race with his home town team this coming October.

Boys also already had Winton-specific ZB Commodore experience, but that was accumulated in 2019, through Evaluation Days with Erebus and BJR, and an Additional Driver session with the former.

Furthermore, the nature of the COVID-affected 2020 campaign meant today’s outing was something of a first in terms of testing a current-shape Supercar.

In addition to the extra downforce relative to the VF Commodore, which already makes for shorter braking zones, he drove on the soft compound tyre, a relative rarity in Super2.

“The ZB, compared to the VF, the aero’s a lot different, so being able to charge into the Sweeper [Turn 5] and that kind of thing’s definitely a lot different feeling,” said Boys.

“Then the soft tyre took a fair bit to get used to, so just not used to being able to brake so deep, and kind of a weird tyre to brake on, so it definitely took me a while to adjust to the car today.

“[I] feel like we’re closer now at the end of the day, but definitely need to do some more learning at the race meeting.”

Winton is Image’s test track as well as Erebus’s, hence there is a level of familiarity.

However, that meant that Boys had to force himself to wait longer before stamping on the middle pedal.

“Winton’s the home track, so I do feel comfortable here, but I guess today the hardest part for me was it’s just the fastest I’ve ever been here, and pushing past those limits that I’m so used to, it was quite difficult,” he elaborated.

“That was the hardest part at this track in these cars compared to the Super2 car that I’m used to.”

Boys was one of two wildcards in action, with Jayden Ojeda getting laps in the #27 Walkinshaw Andretti United entry before he too sees competitive action at the Winton SuperSprint on May 21-22.