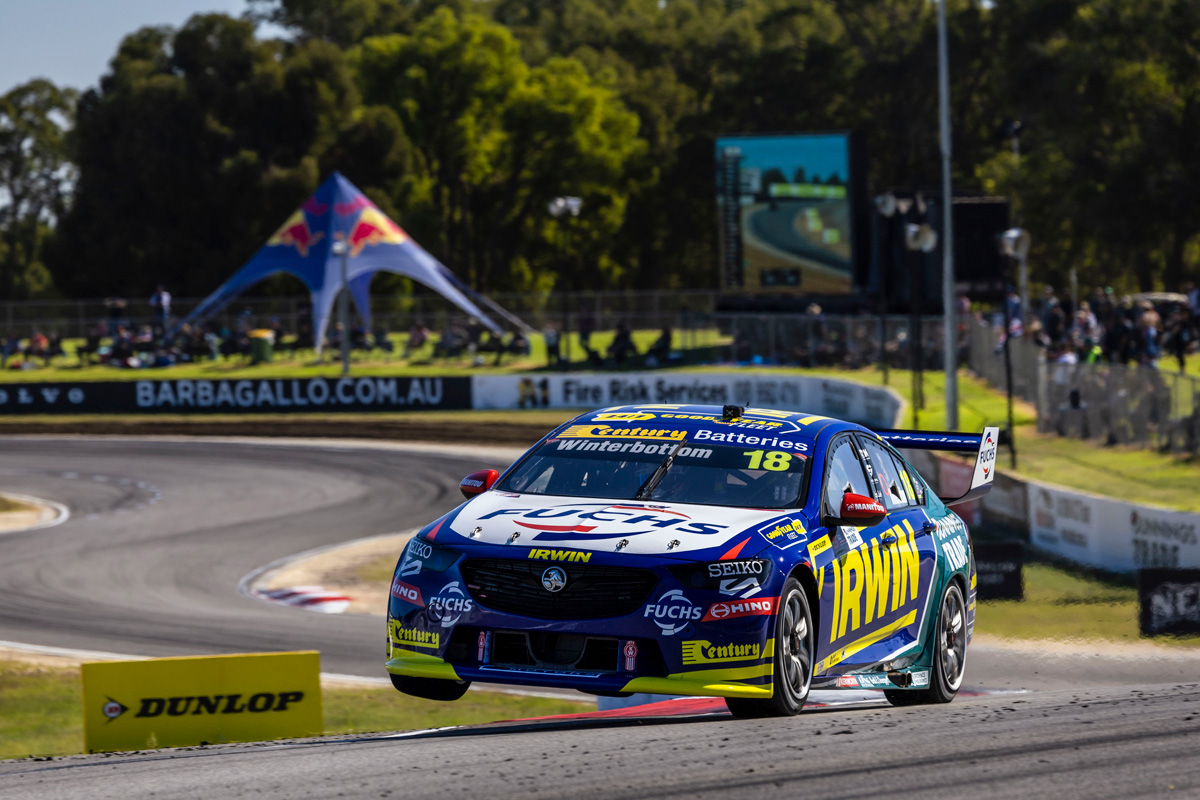 Team 18 will test with only one car at Winton Motor Raceway tomorrow as repairs continue on Scott Pye’s crashed #20 Nulon Racing Commodore.

Pye’s Supercar was always going to be racing the clock for the test day after making a 10G impact with the pit straight wall at Wanneroo Raceway on May 1.

Accordingly, it will be just the #18 Irwin Racing Holden of Mark Winterbottom testing, although Pye will still be called on to cut some laps.

“It’s not an ideal situation only going with one car up to Winton, however we will certainly make the most of it,” said Team 18 owner Charlie Schwerkolt.

“I think most if not all Victorian teams are testing, so I think there’s more advantages to test some new bits and pieces ahead of the next race.

“It will be a full-on day with Frosty doing the majority of the driving while Scott will hop in and get plenty of laps as well.

“We’ll have our full crew on hand so it will be a busy day with plenty of things we want to throw at the car.”

Team 18 will work closely with Triple Eight Race Engineering, of whom it’s a customer, as the Banyo squad makes the trek down to Winton for a rookie outing for Broc Feeney.

“It will be great to be garaged next door to Triple Eight with Broc Feeney who have a rare opportunity to test there as well, so that will only strengthen our ties with them,” Schwerkolt added.

“We will be keeping an eye on each other, sharing our data and resources so there will be plenty going on between us.”

The test shapes as pivotal for Schwerkolt’s squad, which has slipped to eighth in the teams’ championship, to get back on track ahead of the Pizza Hut Winton SuperSprint on May 21-22.