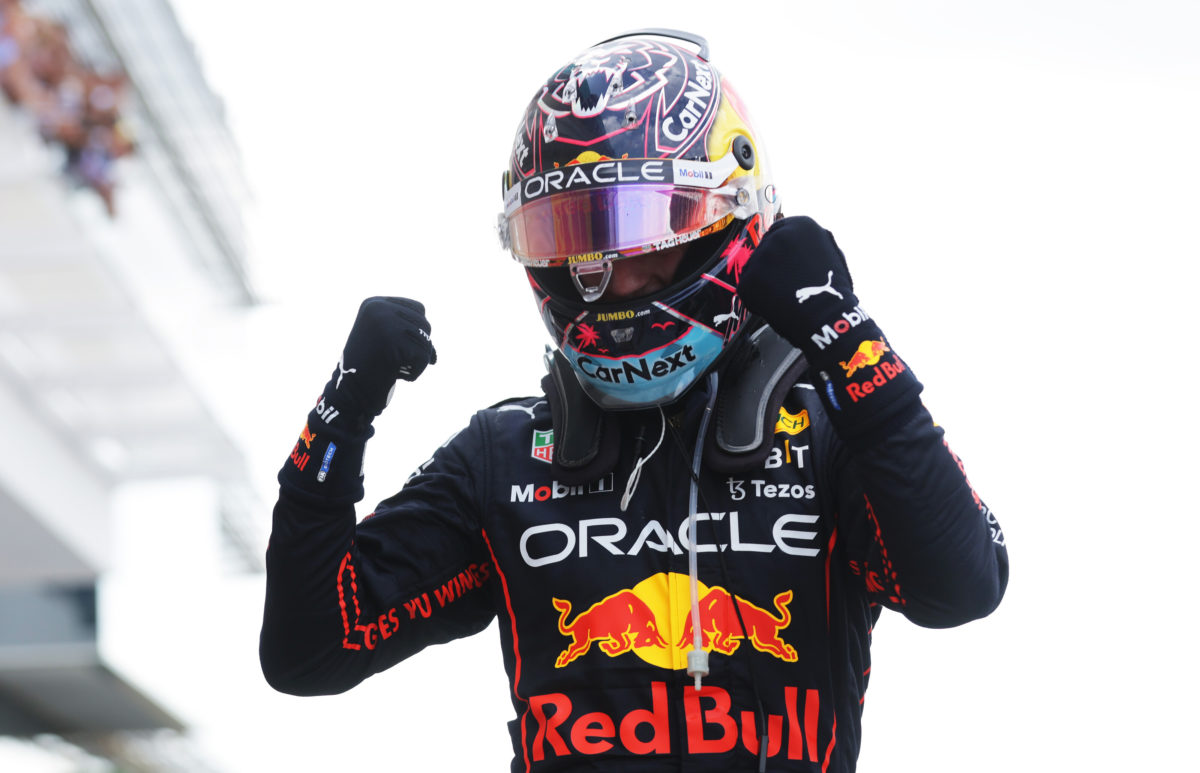 Verstappen started third, moving into second off the start before passing title rival Charles Leclerc in the first stint to take over at the head of the race.

Save for the pit stop cycle, which for a time left Carlos Sainz in the lead, he maintained top spot until the chequered flag. That included seeing off a charge from Charles Leclerc following a late Safety Car.

It was a stark turnaround for the Dutchman who completed just 15 laps across the two hours of track action on Friday, 14 of those in Free Practice 1.

“It’s a very good comeback,” he said after claiming victory.

“I didn’t even do a [practice] start, so I didn’t know what to expect in the actual start, but we had a good launch.

“I saw the opportunity to go around the outside in Turn 1, so I tried, luckily it worked.”

From there, the 2021 world champion ventured into the unknown, with little knowledge of his own when it came to knowing how hard to push his tyres.

As it was, the Ferrari ahead struggled more than he did, opening up an opportunity to seize the lead.

Closing courtesy of DRS down the long back straight, Verstappen then dived underneath Leclerc into Turn 1 to take the lead.

“I think Charles started to struggle a bit more with the front tyres, and it seemed like our car was very good on the medium compound as well,” he reasoned.

“So once I got ahead, I think that basically made my race because I opened up the gap and, basically once we pitstop and put the hard tyre on, we were actually very closely matched in pace.”

Leclerc admitted he was somewhat surprised by Verstappen’s move up the inside, expecting his rival to struggle for grip off the racing line.

“To be honest, with the experience I had from FP1, FP2, FP3, inside there was a disaster, the grip, on Friday and Saturday,” he said.

“So I did not expect Max to have that much grip, but actually I think that it was much better for the race today.

“Looking back at the race, you can always do something better,” he added.

“But I thought that at that moment, that it was the right thing to stay on the racing line and try to optimising the braking point, which I did, but it didn’t work out.”

While Leclerc was able to run close to Verstappen in the run to the flag following the Safety Car, a lack of top speed hindered any opportunity he had to mount a serious challenge.

The Red Bull driver didn’t put a foot wrong, and won the race by 3.8 seconds at the flag, his third win of the season to now sit just 19 points back in the drivers’ championship after five races.

Formula 1 returns to Europe for Round 6, the Spanish Grand Prix from May 20-22.