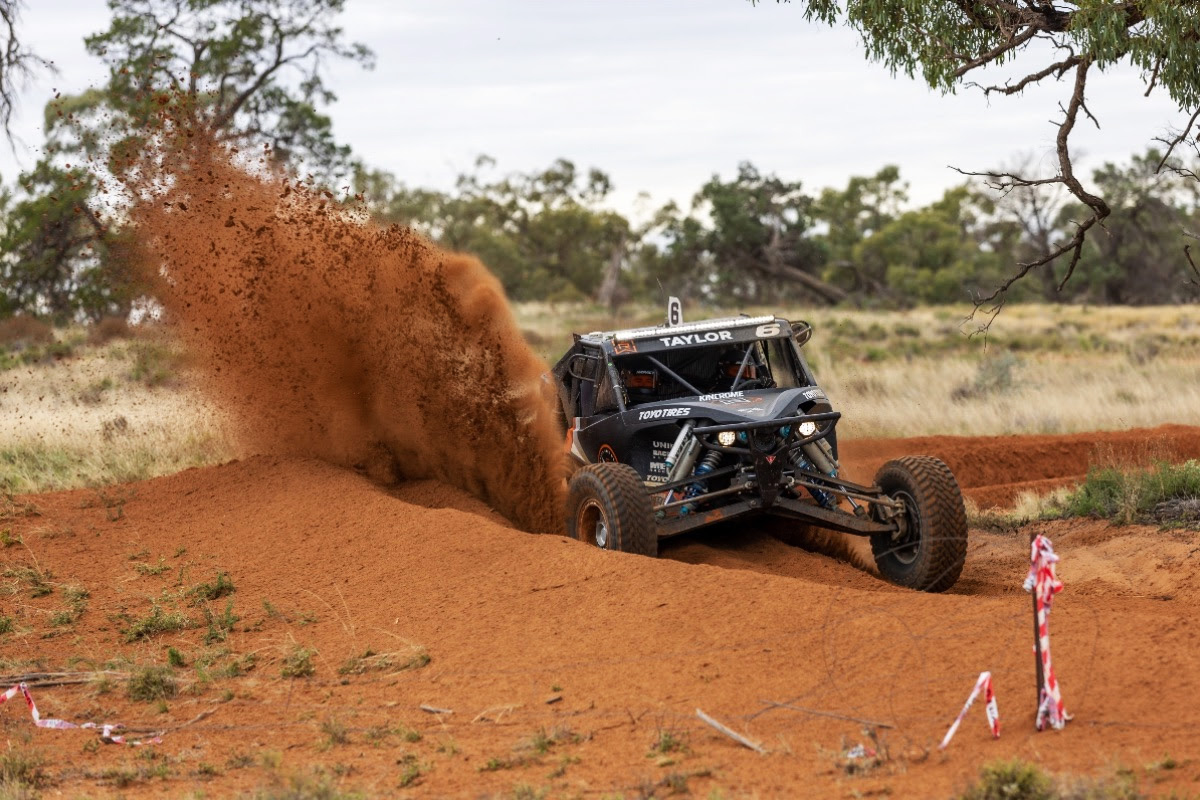 Victory in the 2022 Coomealla Memorial Club & Bendigo Bank Pooncarie Desert Dash has moved Ryan Taylor into the lead of the BFGoodrich Motorsport Australia Off Road Championship.

“No words can describe the feeling we’ve got right now,” said Taylor, who was joined by navigator Kye Floyd.

“Just elated and all the hard work that goes into coming to these events, we’ve been doing this for years and to finally get one under the belt is awesome.”

Shane and Zane Elphinstone placed second, with the combination of Matt Hanson/Nigel Pendlebury rounding out the podium.

“I think we got a bit lucky, but that’s racing I suppose.”

The next stop on the BFGoodrich Motorsport Australia Off Road Championship calendar is the Tatts Finke Desert Race on June 11-13.