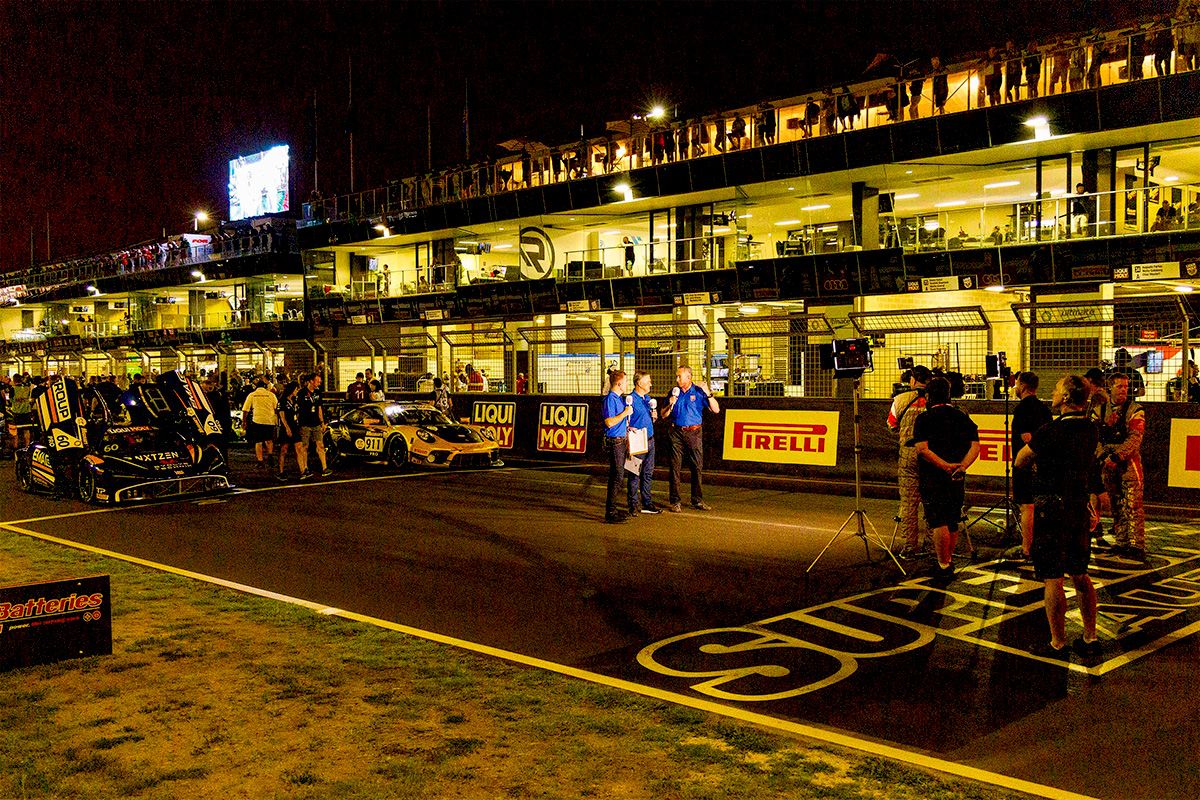 The broadcast line-up for this weekend’s Liqui Moly Bathurst 12 Hour has been confirmed featuring local personalities with the absence of Radio Le Mans.

Once again the May date of this year’s event presents a hurdle too high for some internationals, with clashing events in Europe and the United States preventing the Radio Le Mans team from making the trip.

Usually led by John Hindhaugh, it will mark the first time since 2012 the Radio Le Mans team are not part of the broadcast.

Instead, the coverage will be bolstered by a wealth of Australian talent.

Richard Craill, who has called every 12 Hour since 2007 will be joined in the commentary box by Garth Tander and Matt Naulty.

Tander’s broadcast contributions will come after making five Bathurst 12 Hour starts of his own, all of which have been with Audi Sport Customer Racing Australia in a GT3 spec car.

Chad Neylon and Network Seven’s Mark Beretta will both be joined in pit lane by Briony Ingerson.

This year’s race on May 15 will be live on both the screens of Seven and Fox Sports through its 12-hour duration.

“I’ve raced in the 12 Hour for the last five years and even though we haven’t been able to deliver the kind of result we would expect, it’s always an enjoyable race,” Tander said.

“I’m looking forward to jumping into the commentary box this year and help tell the stories as the race unfolds, and give some of the insight I’ve learned from the last five years.

“It’s a competitive field and I’m looking forward to seeing how the race plays out this year.”