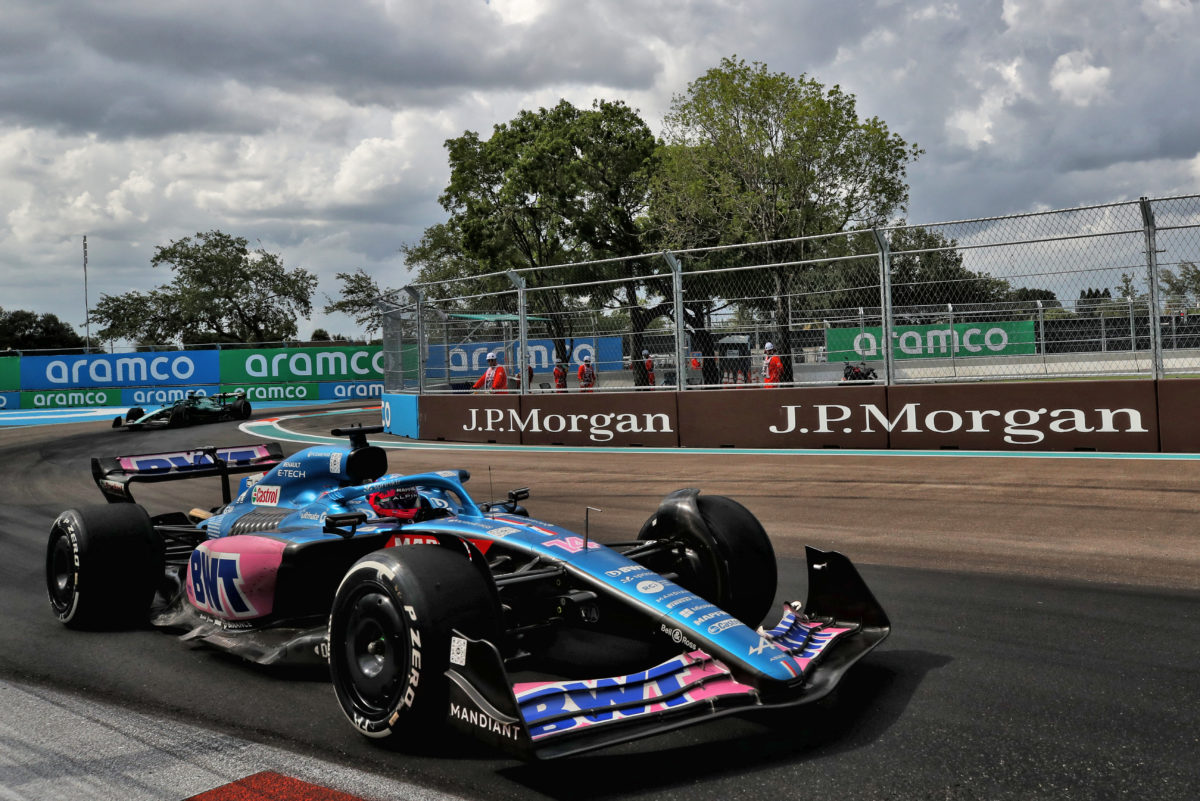 The Spaniard finished ninth in the 57 lap affair, one spot back from team-mate Esteban Ocon and shadowed to the line by just 0.2s by Williams’ Alex Albon.

However, officials have deemed that the two-time world champion left the road and gained a lasting advantage in the closing stages of the race.

Having already penalised Daniel Ricciardo for the same transgression, dropping the Australian from 11th to 13th, they metered out the same punishment to Alonso.

The 40-year-old was handed a five-second time penalty and one penalty point on his licence after stewards deemed “Car 14 left the track at turn 14 and gained a lasting advantage.”

It’s a penalty that drops Alonso out of the points, promoting Albon to ninth and Stroll, who was 4.898s back from the Alpine at the finish, into the final points-paying position.

“In the race I made some good moves at the start and gained some positions,” Alonso said before the penalty was handed down.

“We were a bit unlucky with the timing of the Safety Car and some others were quite fortunate. We were probably in the fight for seventh or eighth without it.

“I then made a mistake when I tried to overtake Pierre [Gasly], which was my fault and I apologise.

“Overall, I think our race pace seemed to be good. It was also very hot and humid, so it was quite challenging physically for us.

“We’ll take the points today as I think we deserved it.”

The result therefore marks Albon’s best finish of the season, one spot up from the 10th place he managed at the Australian Grand Prix.

It also doubles Stroll’s points haul for the year, and halves Alonso’s, the pair now tied on two points with Albon on three.

There is no positional change in the constructors’ championship, with Alpine remaining sixth with 26 points, Aston Martin ninth with 6pts, and Williams 10th with 3pts.

Coupled with his in-race penalty for contact with Pierre Gasly, Alonso accumulated three penalty points on his licence during the Miami Grand Prix, bringing his 12-month total up to five.