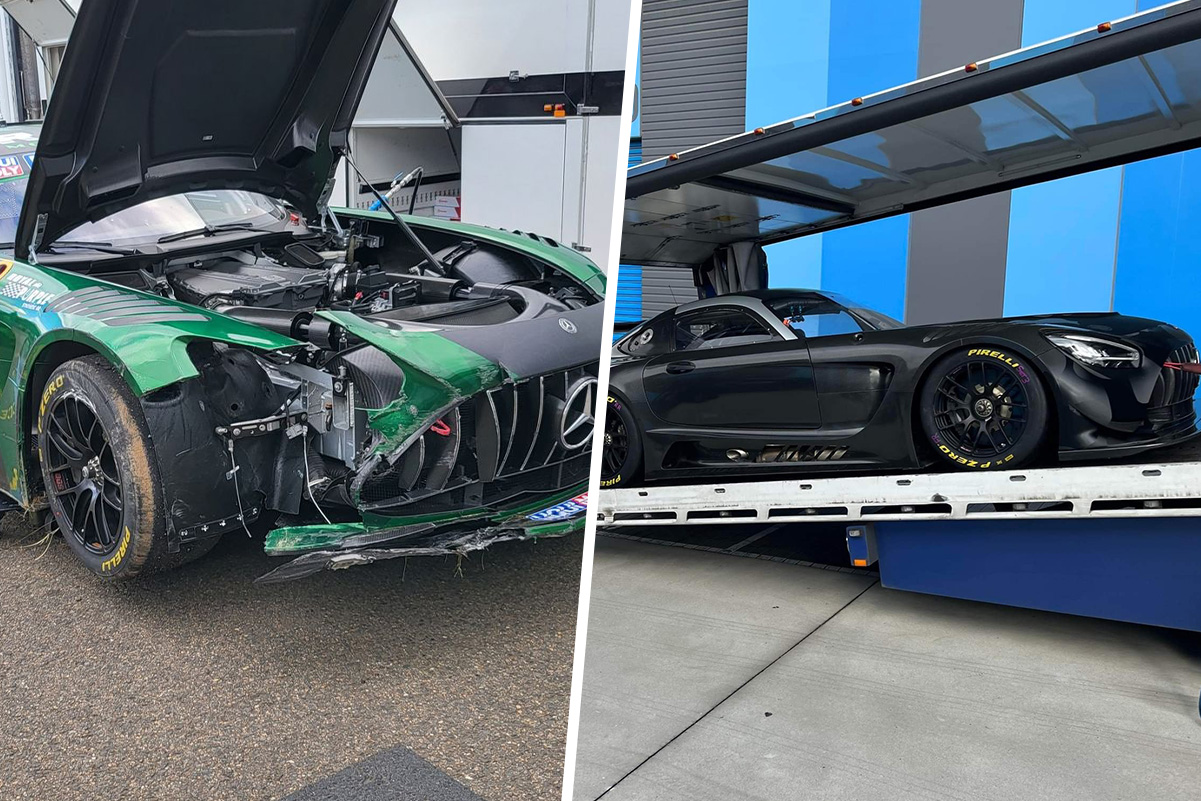 A testing crash has forced RAM Motorsport to purchase a brand-new Mercedes-AMG GT3 ahead of this weekend’s Liqui Moly Bathurst 12 Hour.

The team’s pre-event test day at Sydney Motorsport Park late last week was abruptly cut short by a hefty hit with the wall.

Michael Sheargold, who was at the wheel, has had to resort to sourcing a new Mercedes for the race, with the original chassis unrepairable in time for the event.

RAM Motorsport purchased the brand-new Mercedes from within Australia, with the 2020 spec car now in Sydney for wrapping and preparation before leaving for the track on Wednesday.

Brett Hobson, who will share the driving duties with Sheargold and Garth Walden, said there was significant damage to the chassis that was crashed in testing.

“I had done a session in the car and Mike hopped in to take over about mid-morning and they bolted a set of cold tyres to the car,” Hobson explained to Speedcafe.com.

“It was coming out of Turn 6, it just got a little bit loose and got on the throttle too early and it turned left and the rest is as you see it.

“We ended up with a fair bit of damage and we couldn’t turn the car around quick enough in a safe manner to make sure we got to the track with everything in the right position really.”

Hobson said the new car had only recently landed in Australia and was intended for its original buyer before being purchased off them by RAM Motorsport.

“I know it was purchased by another owner out here and RAM Motorsport has purchased it off them; it was just pure luck the car had only recently been shipped out,” added Hobson.

“Basically RAM Motorsport have now acquired the car for us to race on the weekend and it’s a brand new car, pretty sure its done under a thousand kilometres.

“It’s already back in Sydney, it’s just a case of getting it wrapped and getting all our stuff in it ready to be pushed in the truck and head to Bathurst on Wednesday.”

For Hobson, this year’s Bathurst 12 Hour marks the first he has not run his own team and car at the event and is able to leave the team owner hat one side and focus on his driving.

“I would say after Friday practice we’ll know where we sit, it’s going to be up to Garth and I to make sure we get ourselves up to speed as quick as possible,” Hobson added.

“At the same time too, Mike has got to hop in the car and spend as much time as possible getting his confidence back and making sure he gets comfortable as well.”

Teams are expected to arrive on Wednesday before the Town to Track activity on Thursday, with opening practice getting underway on Friday at 10:05 AEST.