Logano wins at Darlington with bump and run

Logano wins at Darlington with bump and run 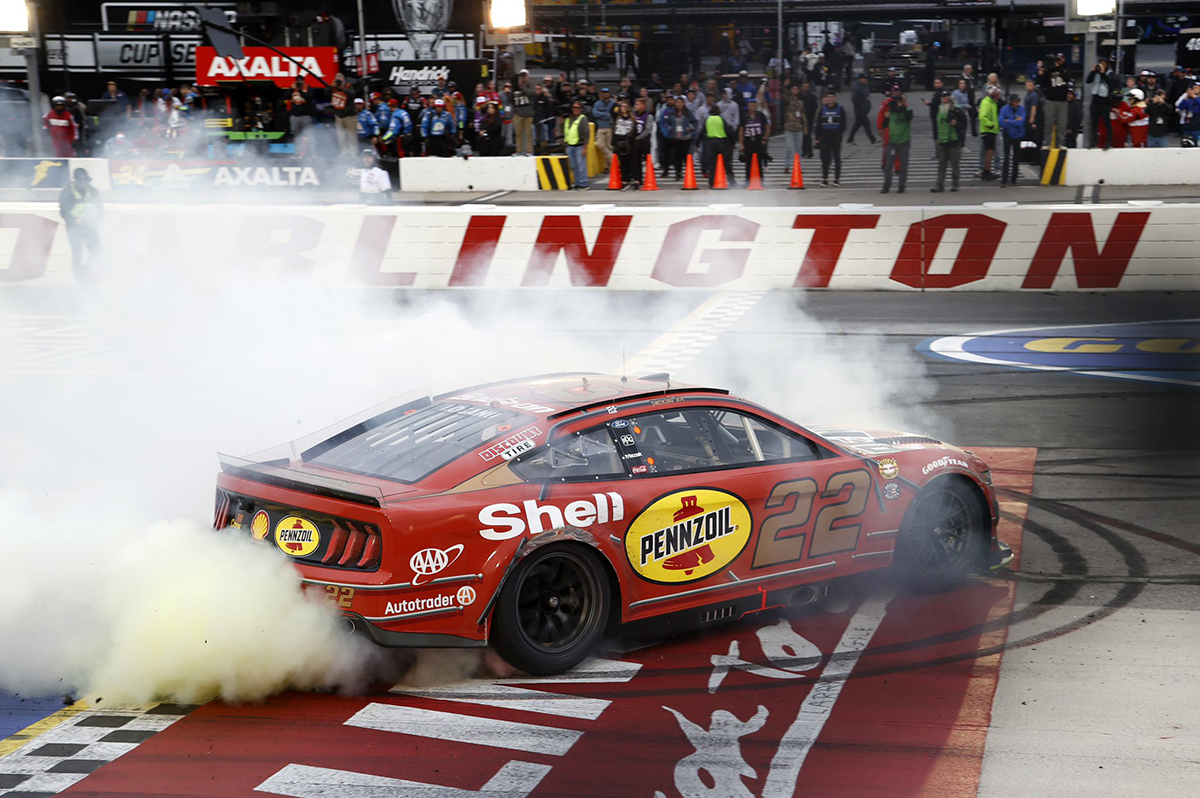 Joey Logano has claimed his first win of the 2022 NASCAR Cup Series after putting William Byron into the wall in the closing laps at the Darlington throwback weekend.

Kyle Busch ended up leaving his damaged car in the middle of pit road, and walking back to his hauler.

Ross Chastain claimed victory in Stage 2, but on the next restart he found the wall while battling for the lead, and his race would be all but over.

Another contender to strike trouble was Alex Bowman, who hit the fence with around 38 laps remaining, which would lead to a late-race restart.

With just over 30 laps to go, multiple cars stacked up on the restart, collecting Martin Truex Jnr, Bubba Wallace, Kurt Busch and six others.

Despite some big hits, all drivers were able to climb out of their vehicles under their own power.

Both 23XI Racing cars were involved, continuing their frustrating run in 2022.

The final restart left Logano and Byron racing for the win, but with two laps remaining, Logano bumped Byron into the wall to claim victory in a controversial finish.

“You’re not gonna put me in the wall and get anything back, that’s how that works,” Logano said, after contact on the previous restart.

“Super proud of the Shell Pennzoil team… I’ve never won in a Cup car here before, so proud of this race team, great execution all day long.”

“The coolest thing is getting this car to victory lane, this is the car where it all started it for me back in ’95.”

A frustrated Byron ended up finishing in 13th place.

“He’s just an idiot, I mean he does this all the time, I’ve seen it with other guys and he drove in there 10 miles an hour too fast,’ Byron said.

The crowd had mixed reactions as Logano got out of the car, but the Team Penske driver ignored them and continued to celebrate.

NASCAR returns next week at Kansas Motor Speedway for Race 13 of the season.