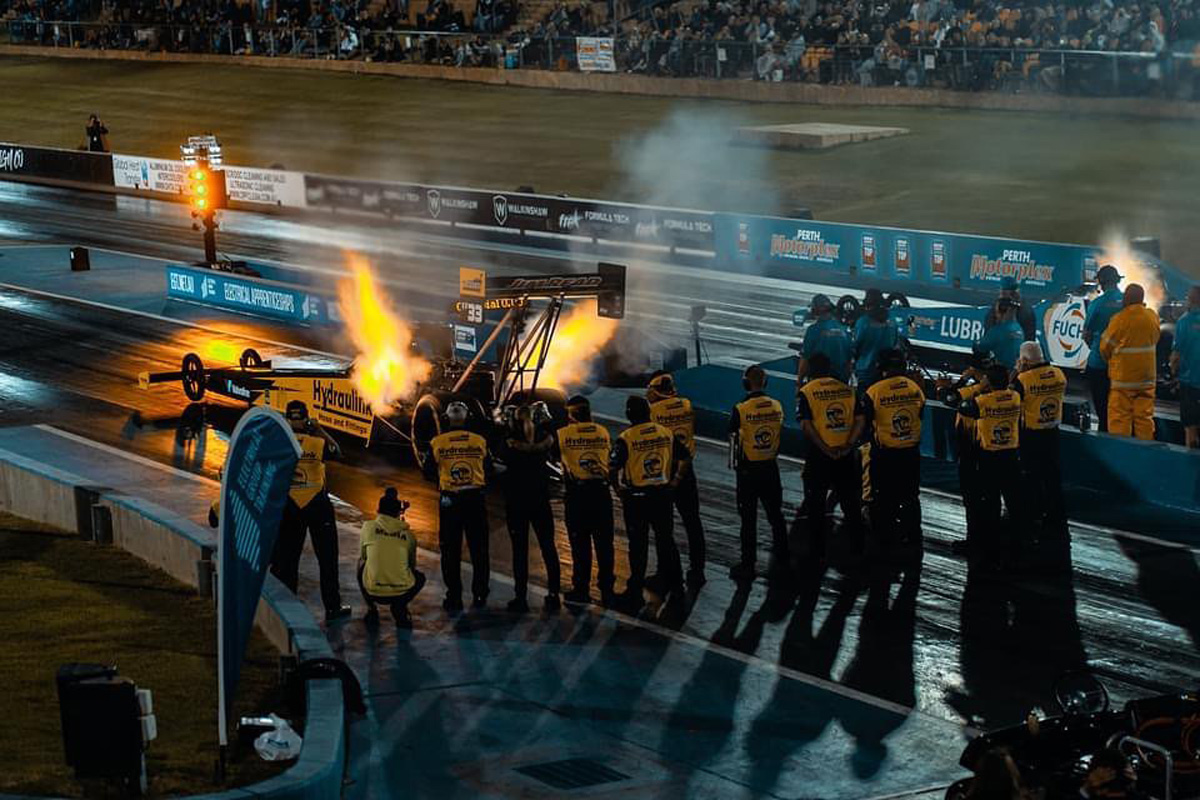 Jim Read Racing has released a statement in the wake of a start line explosion on Saturday night at Sydney Dragway.

Concerns had swirled following the incident, which was captured on the live broadcast and will be investigated by IHRA Australia.

Jim Read Racing crew chief Bruce Read thanked those who had offered their support since, and reported positively on the wellbeing of crew members.

“We have been absolutely inundated with calls and messages of support from all corners of the drag racing and wider community since Saturday evening and we are very grateful to everyone for their well wishes,” he said.

“As often happens with incidents such as this, there is a bit of incorrect information circulating so I would like to formally confirm that five crew members were transported to various hospitals on Saturday as a precaution.

“Four of those crew members were checked over and then discharged on Saturday evening and a number of them returned to the track Sunday to assist us with the pack-up.

“The fifth crew member stayed in hospital for care of a cut on his hand, which required further attention. This was completed on Sunday and we expect he will be discharged from Westmead Hospital shortly.

“I have been sharing the messages we have been receiving with the crew, and we are all very appreciative for the support and we look forward to seeing you all at the race track again very soon.

“We would also like to send our thanks to all of the track staff, officials, ambulance and fire volunteers at Sydney Dragway for their assistance and support.

“As far as the next round of the series in just under two weeks’ time, we will be conducting a full assessment of the damage to the car this week before making a final decision as to whether we will be at that event.”

Round 5 of the Burson Auto Parts Australian Top Fuel Championship will be held at Heathcote Park Raceway on May 21-22.