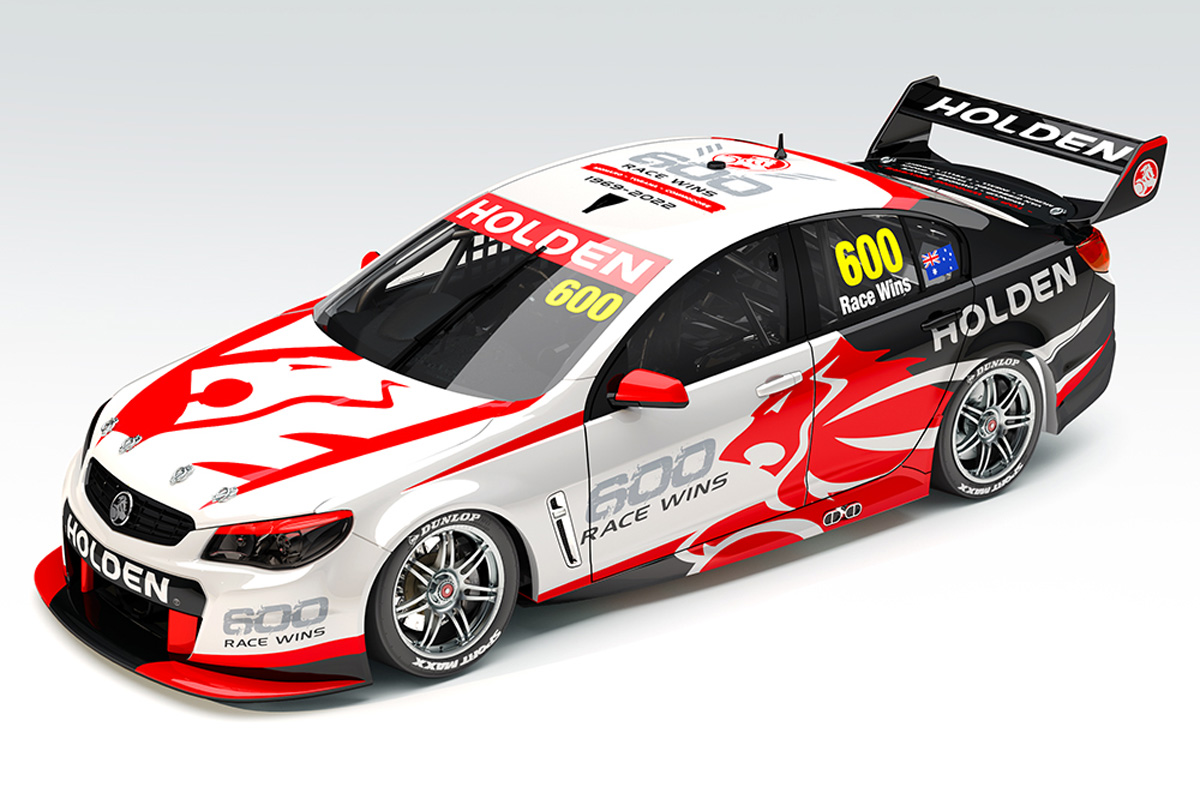 To celebrate the historic milestone, a special-liveried 600 Holden wins Commodore model car (using a VF Commodore, the winningest model in championship history) is being produced to celebrate the milestone (in 1:12, 1:18 and 1:43 scales).

Also being released is a licensed, limited-edition collector’s print featuring every model of winning Holden – covering various Monaros, Toranas and Commodores – and the 10 most winning drivers in championship history in Holdens, led by Jamie Whincup, Craig Lowndes and Mark Skaife.

All three scales of the model car and the limited-edition print are available to pre-order now here from the V8 Sleuth Online Store.

The livery on the model has been designed by former GM Holden designer Peter Hughes, who has designed the liveries of a plethora of race-winning Holden Racing Team and Triple Eight Race Engineering Commodores.

“When asked to create a celebratory livery for Holden’s 600th championship win, my immediate thoughts were channelled to all the famous cues used on decades of winning factory Holdens,” Hughes said. 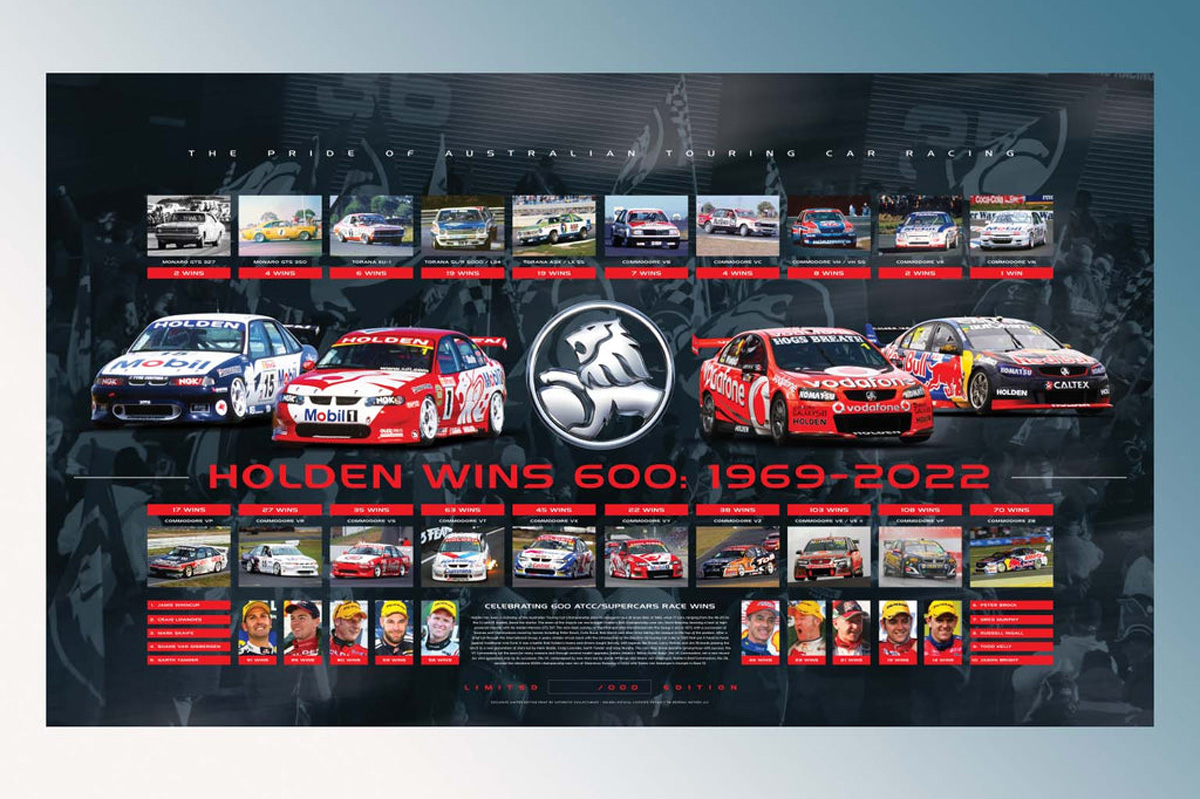 “The iconic black rear/white front draws inspiration from early Holden Racing Team years and splitting those elements is the flowing red Racing Lion in all its historic glory.

“This is complemented by the VF type cropped lion on the hood giving the design even more of a factory feel. Red details tie everything together, finishing off a simple yet very dynamic livery, symbolising power, performance and success.

“I wish this car had raced; it just screams Holden Motorsport from any angle.”

The first ATCC race win by a Holden came on August 31, 1969 at Surfers Paradise where Norm Beechey took victory aboard a Monaro GTS 327.

This year marks the last year of Holdens competing in the Repco Supercars Championship prior to the introduction of the Chevrolet Camaro as General Motors’ Gen3 entry in 2023.